An ER Visit Results in a Shocking Diagnosis 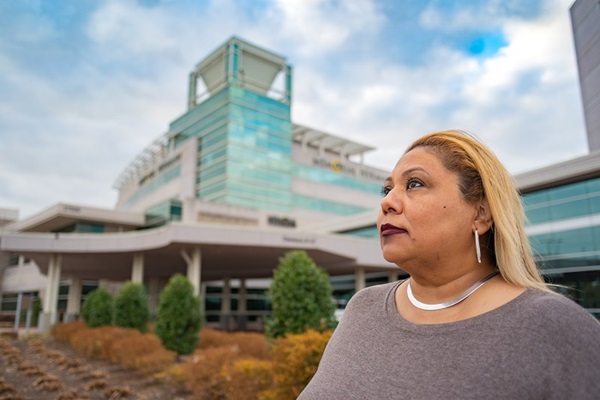 When Elaine Delira’s legs began to swell, the 44-year old would never have guessed the cause. After checking in at the Emergency Center at Memorial Hermann Sugar Land Hospital, Delira underwent a full workup. Her blood work came back indicating she was anemic. A CT scan revealed a possible tumor. The gastroenterologist on call ordered a colonoscopy.

“I was shocked,” says Delira. “As I was waking up from the colonoscopy, I overheard the nurse speaking to my son, who was 19, saying they had found cancer. I was terrified. I had no idea. I had not noticed any blood in my stool. No indication of cancer whatsoever.”

I overheard the nurse... saying they had found cancer.

Delira was diagnosed with aggressive stage III colorectal cancer. The colonoscopy revealed a cancerous mass and cancerous cells also were found in the nearby lymph nodes.

After being admitted to Memorial Hermann Sugar Land, Delira was treated by a multidisciplinary team that included Memorial Hermann affiliated medical oncologist Sanjay Sethi, MD, and colon and rectal surgeon Amit Agarwal, MD. The specialists developed a treatment plan that included chemoradiation, a combination of chemotherapy and radiotherapy, followed by two surgeries.

“We started Elaine on six weeks of chemoradiation therapy, to try to shrink the tumor before surgically removing it,” says Dr. Agarwal.

Because of the cancer’s location, Delira’s first surgery included rectum removal, hysterectomy and a temporary ileostomy.

“To allow her intestine to rest and heal, I performed a temporary procedure called a diverting loop ileostomy, through which stool could pass into her ileostomy bag,” said Dr. Agarwal.

After her first surgery, Delira had two more rounds of chemotherapy before returning to the hospital for a reversal of her ileostomy and a biopsy to check for the presence of cancer cells. The biopsies came back benign with no signs of cancer. Delira was back at work two weeks later.

Delira appreciated the care and support she received throughout her cancer journey.

“When something like this happens, you are so scared. But everyone in the hospital was so supportive. They helped put my mind at ease. I would have never made it without God, my family and my doctors,” she says. 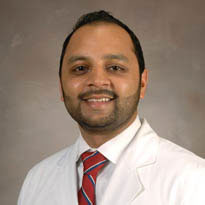 American Cancer Society (ACS) research shows that colon and rectal cancer is occurring at an increasing rate among younger adults, leading the ACS, in 2018, to lower their recommended initial screening age from 50 to 45.*

According to Dr. Agarwal, many in the medical community believe unhealthy eating and sedentary lifestyles are contributing to earlier development of colorectal cancers.

Check with your doctor to see if you should be screened for colorectal cancer. If you don’t have a doctor, we can help you find one.

Schedule your screening online today. With just a few clicks, you can schedule and confirm your colonoscopy at a Memorial Hermann location that is convenient to you.

Thank you for contacting Memorial Hermann in regards to colonoscopy. We have received your inquiry, and a team member will contact you soon.