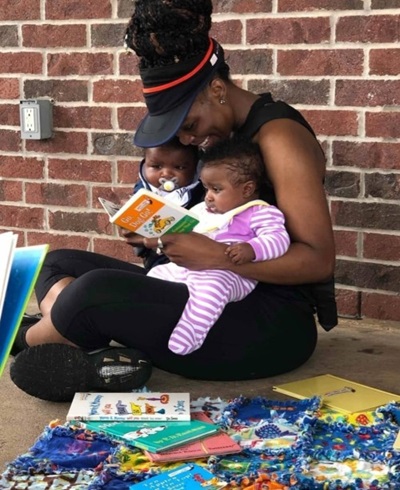 After a heartbreaking loss of her first baby at 19 weeks’ gestation in 2017, Tonjanic Hill, 31, was excited but apprehensive when she became pregnant again two years later…with not one baby, but two! She understood that it wouldn’t be an easy road, and in her second trimester, those fears came to fruition.

“I knew how severe it was. I was put on bedrest by 14 weeks due to an incompetent cervix,” said Tonjanic.

“I really felt those extra medicines and vitamins played a big part in making sure my unborn babies were growing strong and healthy while in my womb,” said Tonjanic. “On Memorial Day weekend, I had to get a cervical cerclage, a stitch on my cervix to keep the babies in. It was an extra precaution my MFM wanted to take to ensure a healthy pregnancy.”An incompetent cervix is a condition where the cervix opens too early during pregnancy. While on bedrest, there was an issue related to Tonjanic’s incompetent cervix that came up when Tonjanic was 19 weeks along, the same week in her pregnancy where she lost her first baby. Her maternal-fetal medicine specialist, affiliated with Memorial Hermann, wasted no time jumping into action to save her pregnancy. Tonjanic was prescribed medication as well as prenatal vitamins that she took throughout the duration of her pregnancy.

Tonjanic had received an initial cerclage at 12 weeks in her pregnancy and received this second cerclage at 14 weeks along. This was a crucial decision by the doctor to save her pregnancy. If she had not had this done, she would have delivered at the same gestation when she lost the first pregnancy. Her doctor put her in Trendelenburg position prior to the rescue Cerclage (the second one) in efforts to get the bag of water off the cervix so he could put the stitch in.

Tonjanic was told to eliminate all stressors in her life in order to reach viability in her pregnancy, which happens at 24 weeks gestational age. For Tonjanic, who was single and on fixed income, it was a task easier said than done.

“I was working at a foster and adoption agency. I stopped working completely. I didn’t want to lose my babies,” said Tonjanic. “I didn’t have anyone here to help me at home. I was not in a relationship with the babies’ father, and he lived with his mom. I lived in a one-bedroom apartment. I needed an in-home nurse. My mom is from Austin, and she came down to help me and pack my bags to live with her. We came back and forth to make my doctor checkups,” said Tonjanic.

Tonjanic said she decided not to transfer hospitals to Austin because of how much trust she placed in her doctor who was taking her condition seriously. According to the Centers for Disease Control and Prevention (CDC), Black women in the U.S. are more than times more likely than white women to die from pregnancy-related complications. In Texas, Black women have almost double the chances of white women of receiving a life-threatening diagnosis or undergoing a critical procedure close to giving birth.

Memorial Hermann Health System is committed to reducing and ultimately eliminating these racial and ethnic disparities.

Tonjanic’s high-risk doctor and the care team were watching her very closely to make sure they did everything they could to get these babies to a safe delivery. It was also important to connect Tonjanic with the resources in her community that could also help her throughout her pregnancy. Memorial Hermann works with and in the communities they serve to address maternal morbidity, including the social determinants of health, which begins long before a woman becomes pregnant.

For Tonjanic, it was worth the nearly 3-hour drive to receive this level of high-quality care.  And, she had one thing she still needed to do in Austin… something important she had never had a chance to do with her previous baby.

“I had my baby shower in September. I was determined to live in that moment and not dwell on what I’ve been through in the past,” Tonjanic said.

Since her pregnancy was high-risk, her doctor suggested implanting another level of protection, called a pessary, prior to the baby shower. It’s used to help reduce the risk of preterm delivery among women found to have cervical shortening.

“It’s like a sombrero hat with a top cut off. It was hard plastic, barely bendable. He pushed my cervix up and put the pessary there,” Tonjanic said. “The day I had my baby shower the pressure was on. Even with the pessary, I was just very uncomfortable through the entire thing. My baby shower ended at 9:30 p.m. I decided I should head to the hospital and drove from Austin to Houston that night to be admitted at midnight to the hospital.” Tonjanic was admitted to the Women’s Center at Children’s Memorial Hermann Hospital, which is a Level IV maternal facility. 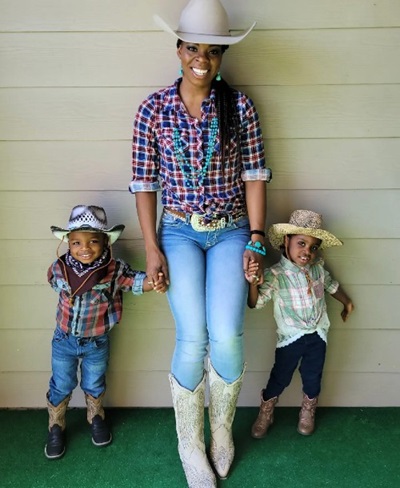 That’s where she stayed for the next 4 weeks, being monitored daily by nurses and doctors. She tried to stave off boredom and bouts of depression.

“Sandra (Uribe) with the Women’s Center at Children’s Memorial Hermann would come in my room, and she would pull me out and tell me about all the things happening at the hospital. I got involved in different classes they had, like scrapbooking and arts and crafts. I was depressed and feeling isolated, and this helped me not feel as sad,” said Tonjanic. “Ms. Sandra would just come in and light up the room.”

Sandra who is a Nurse Navigator in the Women’s Center introduced Tonjanic to Jennifer, the chair of the Perinatal Patient and Family Advisory Council (PPFAC) who had also experienced a pregnancy loss and could relate to the journey Tonjanic was on. The PPFAC provides guidance and development of tools to improve the patient and family centered experience and extends compassion and outreach to mothers and their families during their Memorial Hermann maternal journey.

“When patients are hospitalized for an extended period they experience many emotions of fear, insecurities, boredom and isolation. These patients experience a different pregnancy journey than many of their friends. They miss many milestones such as maternity wear, baby showers and taking maternity pictures,” explains Sandra. “I was really excited to connect Tonjanic with Jennifer.”

At 34 weeks, it was finally time for Tonjanic to deliver her babies via C-section, with the help of Dr. Ziad Melhem and Dr. Roz Nanda, OB/GYN specialists affiliated with Memorial Hermann. Just like that, Tonjanic delivered her beautiful and healthy rainbow babies, Deven Daneiris Denkins and Devella Monaé Denkins.

“God blessed me with the best of both worlds – a boy and a girl. My first baby was a girl, who was born October 16, 2017. These babies came October 15, 2019,” said Tonjanic. After 2 weeks in the Level IV NICU at Children’s Memorial Hermann, she was able to take her babies home on November 2.

“Throughout the duration of the 2 weeks in the NICU these nurses; Jennifer, Kristi, Laura, Elizabeth, Felicia, Shanna, Gail, and Michael, took absolutely great care of my twins, my family and me. And I appreciate each and every one of them. Dr. Rachael Jackson was also another great big help to me. Big special thanks to all of them.”

In post-partum, Tonjanic also found a multitude of community resources to help her navigate parenting as a single mom, including the Nurse-Family Partnership. The nonprofit connects specially educated nurses with first-time moms, starting early in the pregnancy to the child’s second birthday.

“They’d help you with diapers, clothes, and anything you need. They’d have giveaways for parents. All I had to do was contact my in-home nurse,” said Tonjanic.

“I felt the need to take preventative measures and make sure that they are doing well developmentally, hitting the milestones with physical and occupational therapy. Devella is currently in speech therapy and Deven is going through speech evaluation. Both see a neurologist and are in physical medical rehab due to stiffness. It’s preventative and proactive,” said Tonjanic.

Tonjanic was also asked to sit on the PPFAC that helped her so much when she was in the hospital. She is now able to share her story about her hospitalization in the antepartum unit and her high-risk pregnancy journey to help inspire other moms going through the same thing. She also helps other patients navigate the financial impacts of having NICU babies and the support available for them once their babies are home.

Tonjanic is grateful for all the help and guidance she received from the staff at Memorial Hermann and the community resources they led her to during and after her pregnancy and is happy she can now share that knowledge with others.

Learn more about Memorial Hermann’s Women’s & Children’s EDI Initiatives or its efforts to reduce and eliminate Severe Maternal Morbidity (SMM) and protect pregnant women of all racial and ethnic backgrounds.