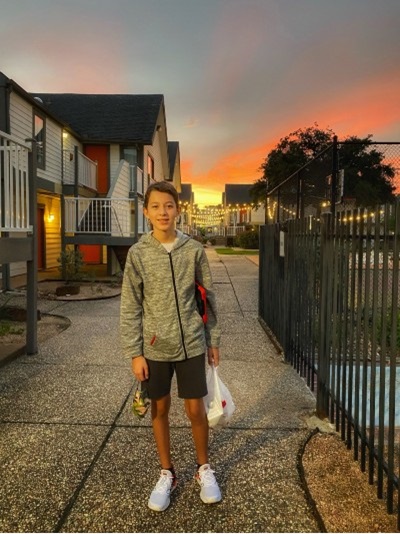 When an MRI revealed a cyst causing pressure on 11-year-old Santiago Sanchez’s brain, doctors in Mexico City were unable to offer treatment options. The family’s search for treatment ultimately led them to Children’s Memorial Hermann-affiliated pediatric neurosurgeon, David Sandberg, MD, in Houston. As a result, Santiago is thriving.

The family’s journey began when Santiago suffered a seizure in April 2021. Lilian Piña and her husband, Gabriel Sanchez, were shocked to learn that the seizure was caused by a cyst pressing on the frontal lobe of Santiago’s brain. What’s more, they were told nothing could be done about it.

They sought a second opinion, and a neurologist in Mexico told them that the cyst could in fact be surgically removed. At the time they received the news, Lilian and Gabriel were in Houston visiting. “We immediately began searching the Internet for a skilled pediatric neurosurgeon,” recalls Lilian. “There are a lot of neurosurgeons in Mexico, but there aren’t many pediatric neurosurgeons.”

The couple found Dr. Sandberg and 2 weeks later returned to Houston with Santiago to meet with him.

“Santiago’s seizure was caused by an arachnoid cyst, a noncancerous fluid-filled sac located between the brain (or spinal cord) and the arachnoid membrane, one of three layers of tissue that surround the brain and spinal cord,” explains Dr. Sandberg. “Arachnoid cysts are the most common type of brain cyst. They are four times more common in boys than girls and are typically diagnosed in childhood. Most are congenital in nature, meaning these kids are born with them, and typically the cause is unknown.”

Dr. Sandberg explained to the family that since Santiago was experiencing seizures likely caused by the cyst, Santiago would need to undergo a surgical procedure called a craniotomy. During the procedure, Dr. Sandberg would create an opening in Santiago’s skull that would allow him to make openings in the cyst wall. This process, called fenestration, would relieve the pressure on Santiago’s brain caused by the cyst.

He explained that while some arachnoid cysts can be treated with a minimally invasive endoscopic procedure, because of the location of Santiago’s cyst, Santiago would require the craniotomy.

Successful surgery to remove the cyst

In July 2021, Dr. Sandberg successfully removed the cyst at Children’s Memorial Hermann Hospital. In September 2021, a follow-up MRI confirmed the cyst had not returned. 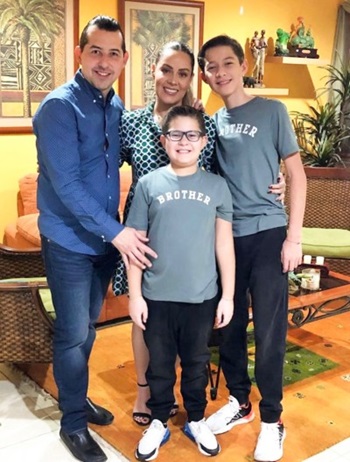 Lilian and Gabriel wanted the best care for their son, even if it meant leaving their home in Mexico to get it. Given the family did not have international health insurance, the hospital worked them to help them understand the costs upfront, which they say was very helpful. They say that despite the circumstances, their experience at Children’s Memorial Hermann Hospital was overwhelmingly positive.

“It was painful but wonderful,” says Lilian. “Everyone was excellent, including Dr. Sandberg and his staff, and also the hospital registration staff, the anesthesiologists and the nurses. They understood the pressures of coming to Houston from another country, and they took excellent care of all of us. They were on top of everything. We are truly grateful to Dr. Sandberg and to everyone for all of the attention we received.”

Dr. Sandberg points out that while the procedure is one that the pediatric neuroscience team at Children’s Memorial Hermann Hospital routinely performs, including on patients from around the world, he says, “Any brain surgery is a big deal when it’s your kid.”