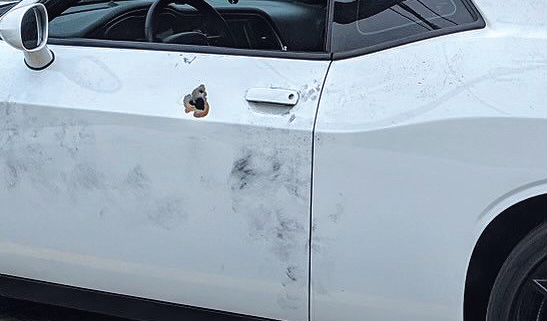 In 2018, the Memorial Hermann Red Duke Trauma Institute implemented a new process which enables eligible patients to be taken straight from the Memorial Hermann Life Flight® helipad to the trauma OR, bypassing the hospital’s Emergency Center. This process, which dramatically reduces the time to lifesaving, definitive care, was instrumental in saving the life of abdominal gunshot wound patient Lavern “Vern” Smith.

It was a Friday afternoon in March of 2020, and Smith, who provided sanitation services to fire departments, had work early. “I was ecstatic about that,” says the 54-year-old, who planned to spend the afternoon washing his muscle car and hanging out.

On the way to the car wash, Smith passed a slow driver and thought nothing of it. As he was standing in line for change at the store next to the car wash, he felt the presence of a man behind him, who was encroaching on his personal space. It was the driver of the car he had passed on the freeway. Uncomfortable, Smith left the store, and instead of going to the carwash, he drove into the neighborhood behind the carwash and called a friend.

“I was parked on a street and the guy drove up next to me, rolled down his window and pointed a shotgun at me, across a passenger in his passenger seat,” says Smith. “I said to myself, ‘I know he’s not going to shoot me.’ Then he did.”

Smith called 911, but could not provide his location. He then called his daughter and told her he was in the neighborhood behind the carwash. She called 911, drove to his location, pulled him out of his car and into hers and drove him to a main road to wait for EMS.

Due to internal bleeding, Dr. Studer placed a central line into the subclavian vein, which feeds directly to the heart and offers a larger flow rate than a traditional transfusion in the arm. Dr. Studer’s action in establishing a central line—a procedure common in hospitals, but virtually unheard of in civilian EMS—and administering whole blood on-scene was instrumental in saving Smith’s life.

Trauma surgeon Michael Wandling, MD, assistant professor of surgery at McGovern Medical School at UTHealth Houston, who would later perform surgery on Smith at Memorial Hermann-Texas Medical Center, says his team was surprised to find that the patient, upon arrival, already had a central line in place. He says the team used the line to continue to transfuse blood into the patient in the OR where a total of 40 to 50 units of blood were administered to the patient.

“The patient was actively decompensating due to hemorrhagic shock,” says Life Flight paramedic Josh Cools. “Life Flight paramedic Chris Oliver, RN, and chief flight nurse Rudy Cabrera, RN, administered an additional four units of blood during the flight and called dispatch to request the patient bypass the ER and go straight to the OR. “The patient met our criteria for enacting this protocol,” says Cools. “He had a positive FAST (Focused Assessment with Sonography in Trauma), was receiving blood products and had penetrating trauma to the abdomen.”

Once the Life Flight crew determines the patient meets the criteria for the direct-to-OR process, they call dispatch and request bypassing the ER. It is then up to the attending physician to determine whether or not they can bypass the ER for the OR. In Smith’s case, Dr. Wandling said yes. “We say time to hemorrhage control is everything,” says Dr. Wandling. “If Mr. Smith had gone to the ER prior to the OR and experienced any delay in controlling his bleeding his heart would have stopped.

From Dispatch to Surgery in 43 Minutes

Since the process to shorten the average time to definitive therapy by over an hour was implemented in 2018, the average time from arrival at the hospital to the start of surgery is 18 minutes.

When Life Flight touched down at the hospital, Dr. Wandling and the trauma team were scrubbed and ready to immediately operate, with blood products in the room. “The patient’s condition had deteriorated markedly during flight,” says Dr. Wandling. “He had sustained a gunshot wound to the left side of his torso. His abdomen was very distended with blood, and we had thready to no pulses. We moved him to the table and immediately opened his abdomen to control the hemorrhaging. There was a massive amount of blood in the abdomen, devastating injury to the liver and a couple of large holes in his stomach.” 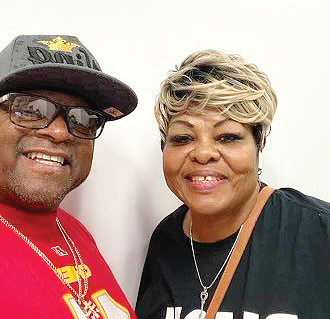 "Everything lined up for him."

Dr. Wandling credits the Memorial Hermann trauma system, including its EMS partners, for saving the patient’s life. “Each step worked perfectly,” he says. “He had one shot at making it through this, and everything lined up for him.”

Recovery has been challenging for Smith, who spent over a month at Memorial Hermann-TMC and an additional 2 months convalescing in a home before returning to his home in Cleveland, Texas. Even then, he was unable to walk for weeks, saying he would scoot on the floor in his house to get from room to room.

Nonetheless, Smith’s health is improving, and he is thankful for the care he received throughout his ordeal. “I love those people at the hospital. I love Cypress Creek EMS. I want that helipad-to-OR program to continue. It was an integral part of keeping me alive,” he says.