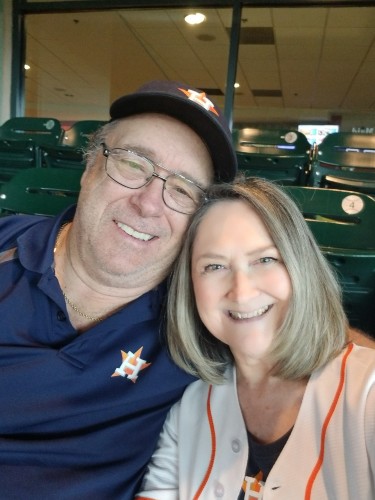 For as long as she can remember, Karen Wanjura suffered from a burning discomfort in her upper abdomen after she ate. A common symptom of gastroesophageal reflux disease, or GERD, the burning became a way of life that the 71-year-old resident of Cypress learned to accept. It was caused by a non-functioning valve that allowed the backflow of gastric acid from her stomach back into her esophagus.

“None of my doctors ever spoke to me about the possibility of surgery for my reflux,” Wanjura recalled.

Then, in 2011, while in a doctor’s office with her husband, she picked up a brochure about reflux surgery. “My reflux had gotten much worse at that point, and I decided to have the surgery,” she said.

Within 3 months of her surgery in the fall of 2012, which repaired the sphincter between her esophagus and stomach, Wanjura again began having abdominal pain after eating. The repair had failed. Back to the operating room she went for another repair in the spring of 2013.

“That surgery’s benefit lasted 6 years, and then I started having pain again,” she said. An endoscopy revealed a medium-sized hiatal hernia, characterized by the upper portion of the stomach pushing through the diaphragm into the chest cavity and kinking.

“Everything I swallowed would get caught in that hernia and cause me pain,” she said.

So, she opted to have another surgery to fix the hiatal hernia in the spring of 2019. That surgery proved difficult for the surgeon because Wanjura’s prior surgeries had left scar tissue in her abdomen. By the fall of 2019, she needed another surgery to again fix her hernia.

“Two years later, in 2021, it came back,” she said. “My gastroenterologist then referred me to Dr. Banki.”

“Mrs. Wanjura had undergone multiple surgeries that resulted in extensive scar tissue,” Dr. Banki said. “Therefore, we knew it would be a complex case. Plus, it is unusual for a patient to require a fifth re-operative surgery. The most common procedure after multiple failed anti-reflux surgeries would be a reconstructive gastric bypass.”

Instead of reconstructing Wanjura’s upper gastrointestinal tract, Dr. Banki performed a minimally invasive laparoscopic surgery to fix the hiatal hernia. She brought the stomach back into its normal anatomic position within the abdomen, closed the diaphragm with an absorbable mesh and performed a fundopexy – a procedure where the stomach is sewn to the left upper abdominal wall to prevent the hernia from occurring again.

In addition to minimally invasive surgical techniques and a multidisciplinary team, Dr. Banki also points to the Center’s use of opioid-free anesthesia, which decreases nausea and allows patients to go home the same day as their surgery.

“After 2 weeks of liquids only and then soft foods, I have been able to eat without discomfort,” Wanjura said. “I had gotten used to consuming six small meals a day and protein shakes, as any larger amounts of food would cause discomfort, nausea and throwing up.” Now, she says that she’s even able to sleep lying down, instead of in an elevated position to prevent the burning sensation associated with the reflux.

“I am so glad I found Dr. Banki,” she said. “She and her office staff cared about me and called to check up on me after my surgery. They answered every question I had and responded quickly.”

Wanjura remains optimistic that this will be her final surgery. Dr. Banki will follow her closely over the next 2 years.

“It’s been well worth it,” Wanjura said of her experience, especially with Dr. Banki. “You have to find the right people, and when I met Dr. Banki, I thought, ‘She gets this.’ It’s good to see what normal life feels like.”

Thank you for contacting the Memorial Hermann Digestive Health. We have received your inquiry, and a team member will contact you soon.