Defying the odds: Carlos’ story of courage, hope and resilience 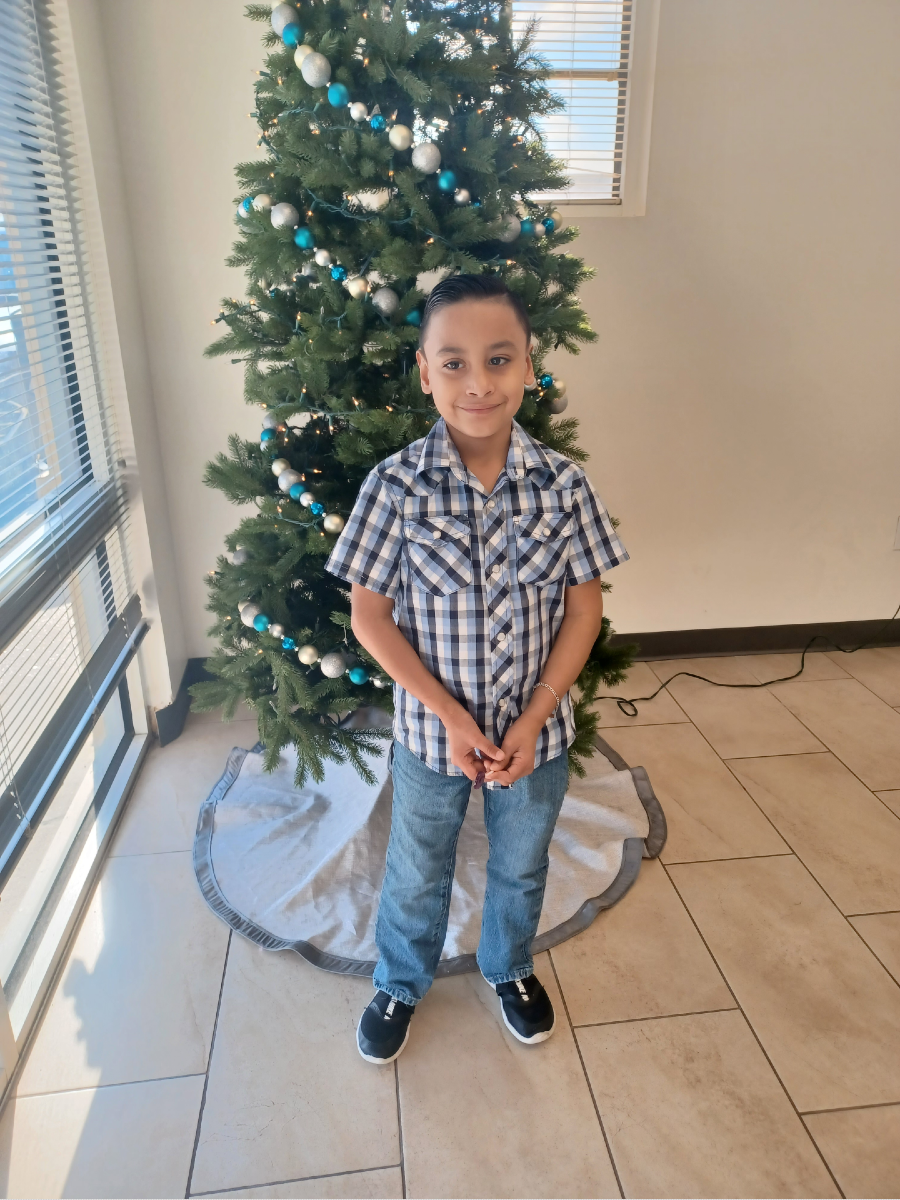 No matter how many curve balls life throws at him, 7-year-old Carlos Miranda doesn’t give up easily when things get tough. He tackles every challenge with courage, strength and a positive attitude.

“I knew my son was a fighter from the moment I laid eyes on him,” said his mother, Aida. “My son was born at 24 weeks at Children’s Memorial Hermann Hospital in the Texas Medical Center. Since he was very premature, he had many complex health conditions. Carlos spent nearly four months in the Level IV NICU. During the time that he was there, he had many critical days. He had a lot of issues requiring oxygen. He had difficulty breathing, and he eventually was put on CPAP. Then, four days after he was born, he developed a brain bleed.”

Carlos’ intraventricular hemorrhage (neonatal brain bleed) led to scarring in his brain from being born prematurely. The severe scarring and lack of blood flow to his brain tissue contributed to periventricular leukomalacia (PVL), a softening of the white brain tissue near the fluid-filled chambers in his brain. With PVL, the damaged brain tissue affects the nerve cells that control motor movements. As Carlos grew, the damaged nerve cells caused the muscles in his legs to become overly tight (spastic) and hard to move.

“My son was diagnosed with spastic diplegic cerebral palsy as a result of his brain bleed,” said Aida. “His leg muscles were stiff. When he started walking, his foot turned inward, and it looked more like he was walking on his tip toes. He was around 6 months old when we started taking him to therapy for evaluation. Because of his cerebral palsy and other health concerns common in premature babies, he received follow-up care. Physical therapy (PT) became a huge part of his young life. We were committed to getting Carlos the therapy that he needed. We wanted the best outcome for our son.”

“As part of his care plan, Carlos received injections to help with the spasticity in his legs and to control the tone in his legs, and he started making great gains. He began walking for the first time, and then he was able to run. Since the injections are a temporary treatment measure, the effects only last for about three months. So, he would be doing well for a couple of months and then his legs would tighten up again until I gave him more injections. While improving his muscle tone, we also helped him with braces for his leg to normalize his gait pattern,” said Dr. Hall.

Over the next two years, Carlos did so well in therapy that his doctors determined he would be a good candidate for selective dorsal rhizotomy (SDR), a surgical procedure that involves cutting certain identified nerve roots to help eliminate spasticity in children with spastic cerebral palsy.

“At first, I was nervous about Carlos having this surgery,” said Aida. “He was doing well with PT, and I wanted to hold off on it until my husband and I felt comfortable about moving forward with it. It took a while to convince us because we had so many questions and concerns. After talking with Dr. Hall, we realized that this was best for our son to have SDR surgery.” Dr. Hall referred the family to the Texas Comprehensive Spasticity Center (Spasticity Center) to meet with Dr. Manish N. Shah, who is the William J. Devane Distinguished Professor and associate professor of pediatric neurosurgery at UTHealth Houston, and a pediatric neurosurgeon affiliated with Children’s Memorial Hermann Hospital and the director of the Spasticity Center. Once there, “Dr. Shah sat down and explained the procedure to us and made us feel more comfortable,” said Aida.

“Carlos was five years old in October 2020 and was considered a highly functional patient with cerebral palsy. Although he had a lot of spasticity in his legs, he received the appropriate amount of PT to prepare him for surgery, and he had reached the optimal age where he could benefit from the procedure. SDR is preferably not done on patients younger than four because there can be a decline functionally after surgery if they are not able to participate in therapy. Since patients have to do PT extensively after surgery to repattern their gait, four years old is the optimal age when they are most cooperative, they can still repattern their gait quickly and they have better outcomes,” said Dr. Shah.

“Our Spasticity Center program for patients like Carlos is novel in that we are extremely integrated,” said Dr. Shah. “The multidisciplinary team at the hospital, clinic and TIRR Memorial Hermann know how to specially care for these children with cerebral palsy. Every child is different, and we have the experience and know-how to make sure that each one of these children has a customized plan and optimal outcome. Our care coordinator really manages all aspects of a patient’s journey and is especially critical to keep everyone on the team united toward success for each patient.” 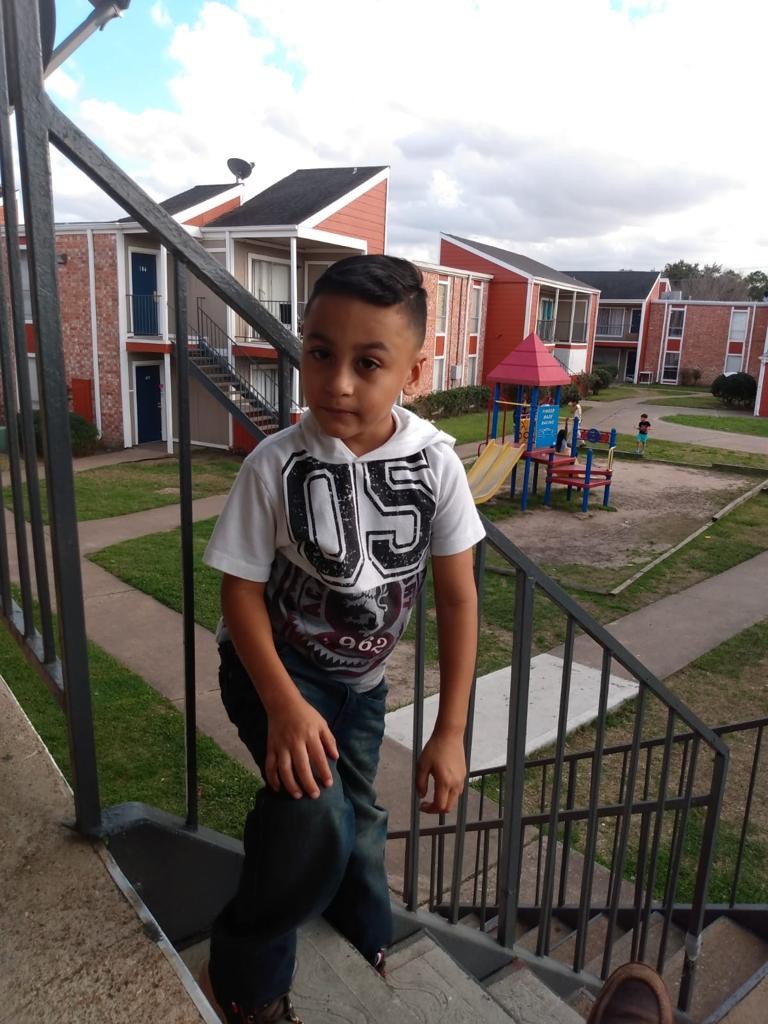 “When we followed Carlos before he reached the ideal age for rhizotomy, Dr. Hall made sure that he was getting injections at the appropriate time in the appropriate places, and that he was also continuing to progress in therapy where he would benefit completely from SDR,” continues Shah. “We also had our pediatric orthopedist, Dr. Surya N. Mundluru, see him because one of his feet and one of his legs were internally rotated. We all collaborated with each other continuously to ensure the right interventions happened at the right time for Carlos.” Dr. Mundluru is the lead pediatric orthopedic surgeon for the Texas Comprehensive Spasticity Center at McGovern Medical School at UTHealth Houston and affiliated with Children’s Memorial Hermann Hospital.

“His doctors told me that he would regress in the sense that he would have to start relearning how to walk as if he was a little baby,” said Aida. “During the first five weeks, he had PT sessions five times a week. The objective for him was to improve his walk and gain more strength in his leg. His therapies were helping him. By the time he left inpatient rehabilitation, he was walking with a walker, and he could walk short distances without a walker. Little by little, we saw improvements. We were so proud of Carlos for remaining strong and positive, and pushing through everything like a warrior. Our son worked so hard.”

When Carlos began outpatient rehabilitation at TIRR Memorial Hermann, he was walking without an assistive device, but he had issues with tripping, falling and not being able to run, jump and do normal things that kids do. He worked with TIRR Memorial Hermann physical therapist, Brigitta “Bri” Hohl, PT, DPT, where the focus was on strengthening his core and legs.

“We worked on endurance for walking because he still got tired easily, and we worked a lot on balance since the muscles in his ankle and foot weren’t quite turned on yet,” said Bri. “When we first started working with him, Carlos didn’t have any active movement of his ankle and foot, and we are now getting that back. I think a large part of this is due to the computerized leg brace that he wears under his knee.”

While PT helped Carlos strengthen his leg muscles significantly, his right ankle was still weak. When spasticity is removed in one muscle group, often the opposing muscles are very weak because they have had to fight against the spasticity to move. Once the spasticity is removed, it gives these muscles an opportunity to strengthen further. A functional electric stimulation orthotic is used to assist those muscles in activating during gait. Carlos’ care team felt he could benefit from this device and introduced Carlos’ family to the concept. Instead of a plastic brace that restricts movement, the small device is a leg cuff that he wears around his leg and sends electrical impulses from the muscle to his brain to help him have better movement and control of his leg. The device contains an electrode that tracks the angle of his leg. When his leg is positioned to pick up his foot for walking, it turns that electrical stimulation on to help him pick up his foot so that his gait pattern is improved.

“The device has helped him out a lot,” said Aida. “Now, when he walks, he can lift his foot, he has more strength, and he can stand on one leg for more than one second. He couldn’t do that in the past and now he is starting to go downstairs without holding himself. Before, he couldn’t point and flex his foot. He was always in a pointed position and now he can flex his foot back and forth. We are blessed that he got this device.”

Carlos has been an inspiration to his care team. They describe him as a hard worker and the sweetest kid who has overcome incredible odds. Just a few weeks ago at PT, he was able to use his toe muscles and practice grabbing and picking up a ball, something he did not have the selective motor control to do before his surgery. The first time that he was able to do it, he got so excited. And just the other day, he stood proudly on one leg for three seconds. His physical therapist said when she saw him in the waiting room, he kept saying “Look, look, I can stand on one leg longer now!”

“I am grateful to God because he put us at the right place with the right people so Carlos can improve and have a better quality of life,” said Aida. “I am truly grateful to my son’s physicians and the team at TIRR Memorial Hermann because they put so much effort towards helping my son succeed, and they have treated him with love and patience. I believe a lot of progress has been achieved thanks to his therapies, but he would not be doing as well without the leg device which has added on to what the surgery and therapies have been able to achieve for him. God gave us Carlos. He is certainly a great example to all of us.”