Twenty-five-year-old Christine Smid was in good health until 2007, when she began to notice a sharp pain in her face that began just below the eyelid and extended down to her upper teeth and lip. “It came out of nowhere, a burning, shocking pain that ran from my left cheek to my two front teeth,” Smid says. “It started one morning while I was making my bed. After that, I had pain several times a week, varying from a second to five minutes.”

Because the pain involved her front teeth, she sought help from a dentist in Austin, where she was working on an undergraduate degree in biomedical engineering at The University of Texas. Following root canals on her two front teeth, the pain subsided – but only temporarily. The dentist performed two more root canals on the same teeth, thinking he’d left an exposed root. 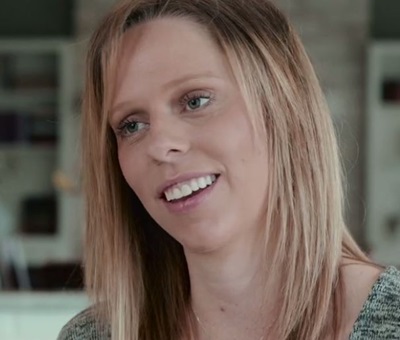 While visiting family in Lake Jackson, Texas, she saw her hometown dentist, who recognized the symptoms of trigeminal neuralgia (TN) and referred her to a neurologist in Houston. Often referred to as the “suicide disease,” TN has been described as one of the most painful conditions known.

“I tried two different medications normally prescribed for seizures – Carbatrol® and Tegretol®. They helped but they also affected me cognitively,” Smid says. “By then I was a graduate student and couldn’t afford to have anything interfering with my cognitive abilities, so I stopped the medication and just dealt with the pain. I kept hoping it would leave as spontaneously as it came.”

Smid lived with the pain for four years before she was referred to the Mischer Neuroscience Institute at Memorial Hermann-Texas Medical Center. The medical team discussed her treatment options, including stereotactic radiosurgery with the Leksell Gamma Knife® Perfexion™ and microvascular decompression. After reviewing the results of a CT angiogram, physician and patient opted for microvascular decompression of the trigeminal nerve.

Smid went to surgery on January 19, 2011. As with most cases of trigeminal neuralgia, the pain was caused by a normal artery contacting the nerve. Arteries pulsate with blood flow, and the rhythm of the pulsations triggers the trigeminal nerve to fire, which the brain interprets as face pain. As we grow older, arteries that are normal and initially straight can become longer and curve so that they touch the nerve.

The decompression was successful, and after struggling with the pain of TN for four years, she is now pain free. “I would recommend the surgery to anyone suffering from trigeminal neuralgia,” says Smid, who is now in the third year of her doctoral program in biomedical engineering. “I had no complications and recovered well. Everything was done through a quarter-size hole behind my left ear. They shaved my head in that area but the rest of my hair covered it up. People couldn’t believe I had brain surgery. It was so easy.”