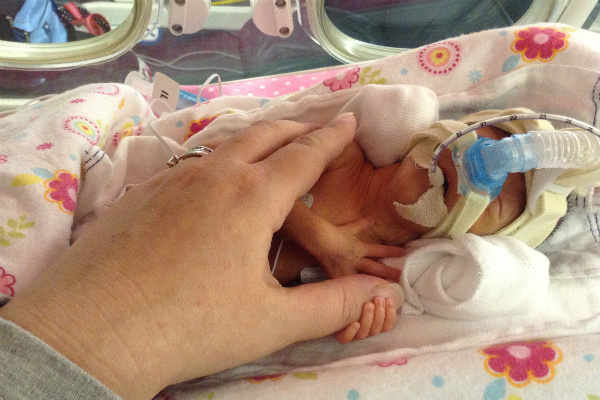 From the time she was a little girl, Iris dreamed of living the fairy tale princess story – a handsome prince, beautiful children, a wonderful life. But Iris’ happily ever after almost didn’t happen. After years of infertility treatments and multiple miscarriages, her doctor advised her to “take some time to heal.” At 35, Iris wasn’t having it. “I’ve been healing for the past 20 years,” she told her doctor. “Let’s keep trying.”

Six months later, she got her wish. An ultrasound revealed not one, but two heartbeats. Twins. Identical twins, in fact. Iris and her husband were elated. But the ultrasound indicated a potential problem, and her doctor referred her to The Fetal Center at Children’s Memorial Hermann Hospital. The Fetal Center is a national referral center and an international leader in fetal diagnosis, fetal intervention and comprehensive fetal care for infants with congenital anomalies or genetic abnormalities. The affiliated specialists work closely together to create the best treatment plan and provide exceptional medical care before, during and after delivery.

Iris was seen by affiliated maternal-fetal medicine (MFM) specialist Jerrie Refuerzo, MD, associate professor in the Department of Obstetrics, Gynecology & Reproductive Services at the McGovern Medical School at UTHealth. Dr. Refuerzo performed another ultrasound and diagnosed monochorionic-monoamniotic (“MoMo” or “Mono Mono”) twins, which are incredibly rare, comprising about 1 in 10,000 births and only about 1 percent of identical twin pregnancies.

Dr. Refuerzo explained that whereas most identical twins share the same placenta (through which they get oxygen and nutrients and get rid of waste) but grow within separate amniotic sacs, MoMo twins share the same placenta (monochorionic) and the same amniotic sac (monoamniotic). Given each twin has its own umbilical cord, the umbilical cords can become entwined and/or compressed, potentially causing harm to, or even the death of, one or both of the fetuses. She explained that the twins would need to be closely monitored throughout Iris’ pregnancy.

Iris recalls, “We were scared. Dr. Refuerzo advised us not to go home and search the Internet for the condition, which would only cause more worry. Instead, she gave us her cell phone number and invited us to call her anytime with questions or concerns. Through it all, she was such a calming force. She would look me in the eye, take my hand and say, ‘It’s going to be okay,’ and I believed her.”

At 22 weeks, Iris was involved in a car wreck. Fortunately, neither she nor the twins were injured, but the accident added to her stress level and elevated her blood pressure to potentially unsafe levels. A few days later, on Dec. 22, 2012, Iris was admitted to Children’s Memorial Hermann Hospital for bedrest and monitoring.

During her inpatient stay, Iris was comforted by a very special nurse, Sandra Uribe, RN, BSM and MFM Navigator. “Sandra decorated my room, comforted me and took care of my every need. She was amazing,” recalls Iris.

At 26 weeks, Iris’ weekly ultrasound revealed that one of the twins wasn’t growing at the same rate as the other, and Dr. Refuerzo recommended delivery at 27 weeks, explaining that the twins could be better cared for and monitored in the Level IV Neonatal Intensive Care Unit (NICU). Iris agreed, and on Jan. 24, 2013, 27 weeks and 4 days into her pregnancy, Iris delivered twin daughters: Geraldine “Gigi” Maria, at 2 pounds, 6 ounces, and Iris “Baby Iris” Eileen, at 1 pound, 15 ounces.

“Rollercoaster” Stay in the NICU

Iris describes the next 70 days as a “rollercoaster.” Nine days after the twins were born, Iris’ mother, who had just returned to Puerto Rico following a visit to Houston, suffered a heart attack and suddenly passed away, without getting a chance to meet the girls. Her mom had been “her rock” during her pregnancy. Iris was devastated.

That same day, the Iris received a second call, this one from the NICU. A PICC (peripherally inserted central catheter) line in Gigi’s arm had interrupted blood flow, potentially causing more complications. In addition, due to her severe prematurity, Baby Iris developed fluid in her lungs, experiencing respiratory distress, and had to be intubated. Iris recalls this as the hardest day in her life, but honoring her mom, she says, made her stronger every day. And while life in the NICU had its ups and downs, Iris says it was more tolerable thanks to her “angels in disguise” – her NICU nurses and staff who were there with them all the way. 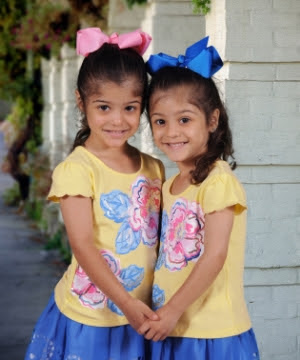 The twins couldn’t have been in better hands. As one of only four Level IV NICUs in Texas, as designated by the Texas Department of State Health Services (DSHS), Children’s Memorial Hermann Hospital provides the highest level of care available for premature infants and other newborns requiring specialized and personalized treatment for a range of conditions and complications.

“We see and treat some of the most severe and complex neonatal cases here,” says neonatal perinatal medicine specialist Amir Khan, MD, medical director of the Children’s Memorial Hermann Hospital NICU, Respiratory Care and Transport Team affiliated with McGovern Medical School at UTHealth. “We have a culture of treating a high volume of premature and critically ill infants. Our 300 highly trained nurses care for about 1,400 patients a year. If complications arise, as they invariably do with severely premature and critically ill infants, we have the expertise to take care of everything, right here. And once patients are discharged, they can be cared for by the same multidisciplinary team of UT Physicians through our network of facilities, providing a continuity of care rarely found elsewhere.”

Seventy days from the day they were born, the twins went home. Because of their prematurity, they underwent physical, occupational and speech therapy but suffered no long-term effects. Four years later, they are thriving. Gigi’s a gymnast; Iris is a ballerina. “We are so blessed,” says Iris. “The girls are so healthy, smart and brave. They drive me crazy, but it’s a good crazy.”

Iris is giving back. She serves on the newly formed Children’s Memorial Hermann Hospital NICU Parent Advisory Council (PAC), which works as a team with the NICU clinicians on quality improvement, research and operational initiatives, to improve the quality of care for infants and their families. Through her involvement, she offers first-hand advice and comfort to expectant parents facing high-risk pregnancies and deliveries.

Iris knows that while there are no guarantees, with the help of a highly skilled and compassionate team, some stories do have fairy tale endings.