Lexi’s Story: Bouncing back from a Shattered Femur 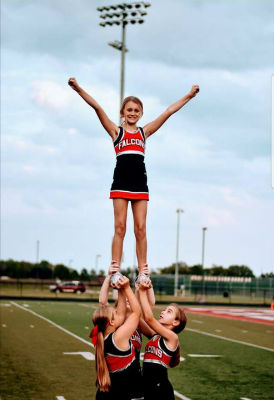 A double bounce on a trampoline at her brother’s birthday party sent 11-year-old Lexi spiraling out of control, landing hard on her right leg. Thankfully, Lexi would end up in the skilled hands of Lindsay Crawford, MD, an affiliated pediatric orthopedic surgeon at McGovern Medical School at UTHealth, affiliated with Children’s Memorial Hermann Hospital.

What started out as a celebration at a trampoline park in their hometown of Huffman, Texas, 25 miles northeast of Houston, turned into what her brother would later call “the worst birthday party ever.”

Lexi says at first she did not know she was injured. “I thought, ‘I’m OK.’ I didn’t feel any pain.” But her mom, Jaime, knew right away something was wrong. “Her leg had bent the wrong way and the bone above her knee had slipped down. We thought it was dislocated and rushed her to our local hospital. When they showed us the X-ray, all we could say was, ‘That can’t be Lexi’s leg.’”

The X-ray showed that the broken femur was pushing against a major artery in Lexi’s leg. The ER physicians explained they would need to set her leg, to lift the bone away from the artery, and then transport her via ambulance to Children’s Memorial Hermann Hospital for emergency surgery by a pediatric orthopedic surgeon. 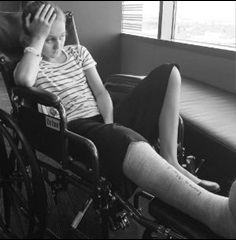 Dr. Crawford says Lexi came into the ER at Children’s Memorial Hermann Hospital with a “severe fracture,” a shattered femur, just above the knee. “But even more troubling,” she says, “the broken bone had dropped back onto the artery and was pushing on it. We did a thorough evaluation, including a CT scan and angiogram, and determined that the vessel wasn’t torn. But we had to get the tension off of it right away.”

“It was all happening so fast,” says Jaime, “We were a mess. But Dr. Crawford was very thorough and very honest. She told us, ‘This is going to be a challenging surgery, but I am up to the challenge.’ She explained to us exactly what she was going to do to help Lexi.”

Dr. Crawford describes the four-hour procedure to repair Lexi’s leg as complex. “Because of the location of the break, which was very close to the growth plate,” she says, “I inserted temporary plates and screws and supplemented them with pins, to hold everything together.”

Lexi recovered at Children’s Memorial Hermann Hospital for three days following her surgery. The nursing staff rallied around her and cheered her on. Jaime remembers, “All day long, the nurses would come in and ask, ‘How can we help? What can we do?’” And throughout the whole ordeal, Jaime says, Lexi was so tough. 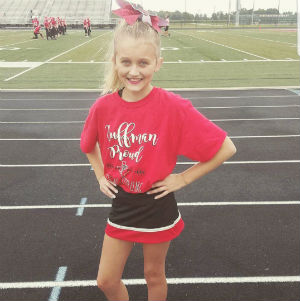 After Lexi’s surgery, her weight-bearing activities were limited, requiring her to spend more time inside than she normally would. Dr. Crawford was concerned that Lexi’s lack of exposure to sunlight might hinder her body’s ability to make Vitamin D, which is essential to bone health. So, she placed Lexi on Vitamin D supplements, to help strengthen her bones during healing.

Initially in a full-leg cast, Lexi was unable to walk for the first two months then graduated to a smaller cast then a brace. During each of her follow-up visits, Dr. Crawford would give Lexi milestones to strive for – first walking and then running. The only activity for which she wasn’t cleared was snow skiing, something Lexi was determined to get back to.

Six months after her accident, with Dr. Crawford’s blessing, Lexi tried out for the cheerleading team and made it. Shortly thereafter, she made the volleyball team. A year after her initial surgery, Dr. Crawford performed another surgery to remove the plates. Five months after that, Lexi was back on the ski slopes.

Jaime says she hopes no one else has to go through what they did, but if they do, she would recommend Dr. Crawford. “She was so amazing through it all. She knows her stuff. I tell people if you want the best, go see Dr. Crawford.”