Thanks to Doctors Who Aim High, Kingston Murriel Has a Whole Heart and a Full Life 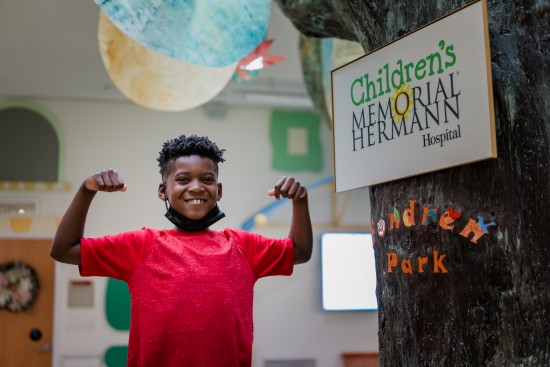 A passion for innovative solutions, a desire to provide hope to children who previously had none, outside-the-box thinking, and quality outcomes – these are the hallmarks of the Children’s Heart Institute, a collaboration between Children’s Memorial Hermann Hospital and McGovern Medical School at UTHealth Houston. Nine-year-old Kingston Murriel of Brandon, Miss., is one of many children to benefit from the skill of this affiliated Houston team.

Born with a hypoplastic left ventricle too small to function normally, Kingston was treated in Jackson by Jorge D. Salazar, MD, and Avichal Aggarwal, MD. At the time, both physicians were located at an institution in Mississippi before being recruited to McGovern Medical School at UTHealth Houston in 2017 and 2020, respectively. Now, Dr. Salazar is professor and chief of pediatric and congenital heart surgery at McGovern Medical School and Children’s Memorial Hermann Hospital, and Dr. Aggarwal serves an associate professor of pediatric cardiology at McGovern Medical School and a pediatric cardiologist affiliated with Children’s Memorial Hermann Hospital. “When Kingston was born, our goal was to give him the opportunity to live a full life by restoring normal heart function with the greatest degree of safety,” says Dr. Salazar, who is also the executive co-director of the Children’s Heart Institute.

For many children, the safest accepted option for a single-ventricle heart is to undergo staged surgeries culminating in a Fontan procedure. “In the end, these procedures do not create a normal heart and often the journey leads to a future of heart failure and the very real possibility of a heart transplant,” Dr. Salazar says. “Our team is realistic about each child’s heart defect. However, we don’t necessarily accept a child’s heart for what it is but instead, we look for the potential of what the heart can be. We didn’t want to pre-determine Kingston’s pathway and limit his options to just the Fontan procedure. Instead, we stretched to find the best possible pathway for his unique heart.”

Kingston underwent his first surgery in Mississippi with Dr. Salazar 3 days after his birth on Aug. 6, 2012, followed by two additional staged surgeries over the next several years. As part of his third surgery, Dr. Salazar used an innovative left ventricular recruiting procedure to direct blood into his small left ventricle. “We want to give as many kids as possible the most normal heart achievable,” he says. “Although not all children are candidates for a biventricular repair, many are. In Kingston’s case, the blood flow directed into his left ventricle stimulated his left heart to grow so much over time that we were able to create a normal heart.”

Since both Dr. Salazar and Dr. Aggarwal were now practicing at Children’s Memorial Hermann Hospital and had treated Kingston from birth in Mississippi, they discussed their belief that Kingston’s heart had grown enough to undergo a final surgery, a biventricular conversion, or conversion to a two-ventricle heart.  As co-leads of the Pediatric Biventricular Repair Program in the Children’s Heart Institute, they agreed Kingston was ready. 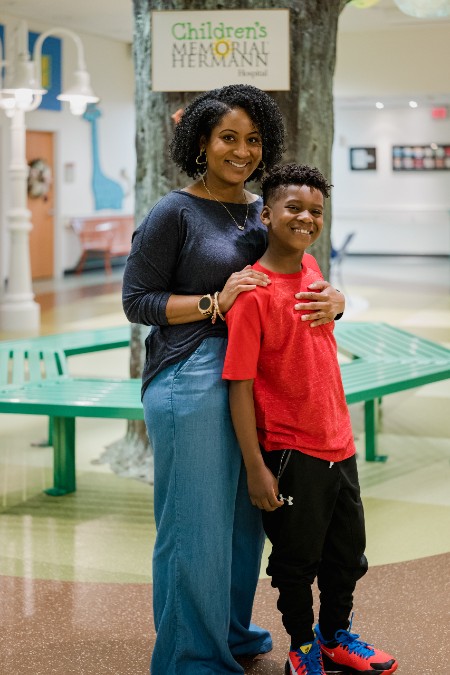 Kingston’s parents brought him to Children’s Memorial Hermann Hospital in November 2021 for a better opportunity at a stronger, healthier future, knowing that the affiliated team at the Children’s Heart Institute would treat Kingston just like their own.

“Even though his left ventricle was small at birth, we saw its potential and made a decision 9 years ago with the faith that it would lead to a normal heart,” Dr. Salazar says. “If we don’t aim high, we’re never going to get anywhere close. Despite being born with a hypoplastic left ventricle, I can say now, without exaggeration, that Kingston has a normal heart and no limitations. Normal is a big word, and I do not use it lightly. That’s why I’m so excited about this procedure and our ability to offer solutions to children and their parents.”

Kingston’s mother Liz Foster says she expected to be in Houston for 2 or 3 weeks, but her son was off the ventilator the day after surgery. “We were in the hospital only 8 days,” she says. “We decided to stay in Houston a few more days just to be close, and during that time, we were followed by Dr. Aggarwal in clinic.”

“Kingston is doing so well that it’s been an adjustment for his dad and me,” Foster says. “Before the surgery, we would occasionally sign him up for baseball, but he would tire out. With only one ventricle working, he had a high metabolism and was very skinny. Since the surgery, he’s gained 13 pounds. His activity level and weight gain have turned him into a completely different little monster! My goal now is to increase awareness of his condition and biventricular conversion. The procedure is life-changing, and so many children could benefit. We continue to stay in touch with Dr. Aggarwal and Dr. Salazar and recently saw them in clinic in Houston. Both doctors were happy with Kingston’s progress.”

The Pediatric Biventricular Repair Program at the Children’s Heart Institute is one of only a few centers in the world with the capability and commitment to provide biventricular repair, biventricular conversion and ventricular recruitment for complex cases involving a single-ventricle defect.