Returning to the Water, One Millimeter at a Time 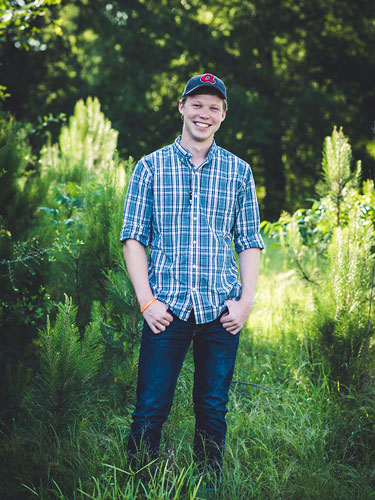 Matthew Craig is preparing for his first college semester this fall at Baylor University where he will major in Biochemistry. The 18-year-old intends to enter the medical field and have a career in anesthesiology. It’s a career goal that has developed recently, after Craig survived a life-altering jet ski accident. In June 2013, Craig – then 15 – and his family were at their house on Lake Livingston enjoying some quality time when tragedy struck.

While tubing behind a jet ski, Craig suddenly crashed into a boat dock. Right before impact, he attempted to protect his head as best he could and swung his legs around, which bore the brunt of the crash. His mother, Brenda, saw it happen and was there in an instant to grab her son out of the water. “I don’t think any of us knew how bad his injuries were at that point. We knew his left leg was broken and that we had to get him to the hospital for treatment,” Brenda Craig said.

The first responders at the scene were from the Livingston Volunteer Fire Department. After evaluating Craig’s injuries, they made the decision to call an air ambulance for the transport. It quickly became apparent to the family that their son’s injuries were more severe. Craig had damaged his femoral artery, a large artery in the thigh, and had broken his femur and tibia, requiring immediate surgery. He was flown to Children’s Memorial Hermann Hospital, one of only two Level I pediatric trauma centers in the Greater Houston area.

One Millimeter at a Time

On-call that night was Dr. Alfred Mansour, a pediatric orthopedic surgeon affiliated with Children’s Memorial Hermann Hospital and director of pediatric orthopedic surgery at McGovern Medical School at The University of Texas Health Science Center at Houston (UTHealth). Upon arrival, Craig was immediately rushed to the operating room for his first of many surgeries. The initial procedure lasted more than six hours due to the extensive damage sustained in the accident. “The surgeons were very concerned about Matt’s leg because it was an open fracture in a marine environment with a very high risk of infection,” Brenda Craig recalled.

When Dr. Mansour gave the family an update on Craig’s condition, they discovered he was missing four inches of his tibia and would require an additional surgery to repair the damage. According to Dr. Mansour, “the process for us was to first save the leg, prevent any infection, put his femur back together, fix the lower part of Matt’s leg and allow his body to heal.” During his initial procedure, Craig’s surgical team placed antibiotic beads in his leg to reduce the risk of infection.

During the second surgery, Dr. Mansour brought in an orthopedic surgeon who specializes in the Ilizarov procedure used to lengthen or reshape limb bones. The Ilizarov method utilizes a series of external rings attached to one another with tensioned wires and half pins transfixed to the bone. This is used to stabilize the entire bone and was necessary to heal and lengthen Craig’s tibia. During the two weeks he spent in the hospital, he had four adjustments per day with the Ilizarov, which allowed his bone to regrow in one millimeter increments. When Craig was released from the hospital, his treatment continued over the next eight months and included the use of the Ilizarov external fixator. At the end of those eight months, his tibia had grown the necessary four inches.

Over the course of the next year and a half, 10 surgeries were performed on Craig’s left leg, in both inpatient and outpatient settings. He then spent nearly two additional years undergoing physical therapy. “We have little doubt in our minds that Children’s Memorial Hermann Hospital saved Matthew’s life, and leg,” Brenda Craig said. 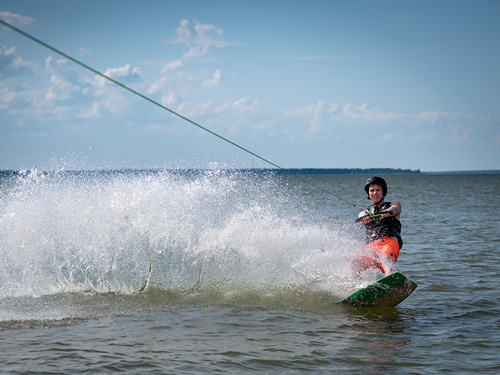 Walking Away and Into the Future

Craig plans to carry this same determination to overcome challenges into his college sports career, where he hopes to get involved in acrobatics and rock climbing. In the meantime, while he awaits the start of the fall semester, Craig is getting a jumpstart on his career by reaching out to the same physicians who helped save his leg.

“To be the best anesthesiologist I can be, I want to learn from one of the best physicians -- and one that I’ve come to admire and respect – Dr. Mansour,” Craig said. “He was by far one of the most helpful people throughout my medical treatment. I’m looking forward to the day I can help other people and truly make a difference in their lives.”

Also, as a direct result of his experience, Craig now serves on the Patient Advisory Council at Children’s Memorial Hermann Hospital, which is a council made up of kids and teens who want to empower patients and their ideas, and improve their overall experience.

“Since the accident, I’m a lot more positive and grateful for what I have,” he said. “My advice to the kids I work with is to decide what you want to do in life and never let anything stop you from achieving your goal.”