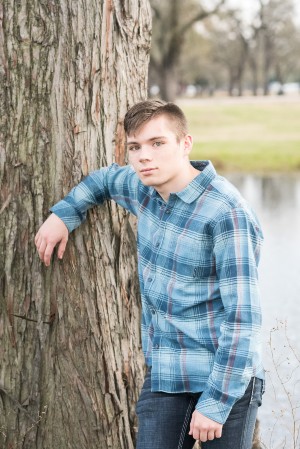 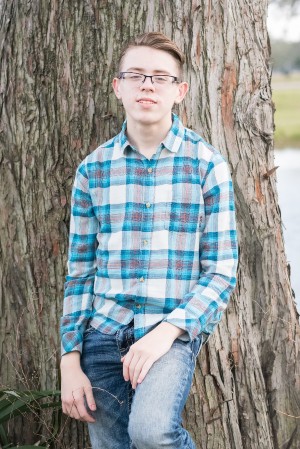 Melody and Doug Pohla have much to be proud of and thankful for. Their three sons, Nicholas, 17, Nathan, 15, and Daniel, 12, are all bright, active and extremely accomplished young men, each in his own right.

Their firstborn, Nicholas, earned his first Tae Kwando black belt when we was 8 years old and went on to earn his third degree level 4 black belt two years later. He played drums in marching band, made all-region first chair in choir, acted in several school plays and was on the wrestling and tennis teams.

The Pohlas’ middle son, Nathan, earned his third degree level 4 black belt by age 13. And like his older brother, he sings and wrestles. Their youngest, Daniel, also a Tae Kwando black belt, is in the accelerated program at school and plays clarinet in the top band in his junior high school.

While their accomplishments are impressive by any standards, what is truly remarkable is that they live such full lives despite the adversities they have had to overcome.

In their quest to discover the cause of the boys’ health issues, the Pohlas consulted with multiple pediatricians. A variety of specialists ordered myriad tests, prescribed a host of medications, treatments and therapies and performed multiple surgeries.

“We were seeing a lot of specialists and they were treating each diagnosis separately without seeing the big picture,” says Melody. And while many of these remedies provided relief and improved the boys’ quality of life, none could cure the underlying cause of their medical problems, mitochondrial disease.

It took their second born being diagnosed with a mitochondrial disorder, also known as “mito,” for the Pohlas to realize that their firstborn was affected by mito as well.

In the summer of 2006, when Nathan was 16 months old, a muscle biopsy revealed he had mitochondrial disease. In early 2007, Melody joined an online mito discussion group to inquire about mito specialists. Five weeks later, they saw a specialist at the Cleveland Clinic and returned home with a tentative diagnosis of a potential mitochondrial disorder.

“About this time someone from the online community mentioned Dr. Koenig and raved about her. She said, ‘You really need to see her. She’s wonderful and she’s right there in your neighborhood.’”

Sought Out a Specialist on Mitochondrial Diseases

Mary Kay Koenig, MD, is a pediatric neurologist affiliated with Children’s Memorial Hermann Hospital and director of the UT Mitochondrial Center of Excellence at McGovern Medical School at UTHealth in Houston, which she opened upon joining UTHealth in 2007 to take care of people with mitochondrial disease.

When the Pohla family first saw Dr. Koenig in 2007, Nicholas was 4 years old, Nathan was 2 years old, and Daniel had not yet been born. On their initial visit, they brought 700 pages of medical records with them.

“When they came to me, Nicholas and Nathan didn’t have an official diagnosis,” Koenig says. “The muscle biopsy done on Nathan was consistent with mito. Both boys had gastrointestinal problems. They were very small and had pronounced muscle weakness.” Koenig ordered additional tests, which confirmed the diagnosis.

Before receiving the official diagnosis of mito for Nathan and Nicholas, Melody became pregnant with their third child, Daniel. At the time, Dr. Koenig explained to the couple that many mito diseases are inherited maternally. Later, genetic testing would reveal that Melody and all three boys shared an identical genetic mutation.

What is a mitochondrial disease?

Mitochondrial diseases or disorders result from failures of the mitochondria, specialized compartments present in every cell of the body (except red blood cells). Mitochondria are responsible for more than 90 percent of the energy needed by the body to sustain life and support growth. When they begin to fail, less and less energy is generated within each cell, ultimately leading to cell injury and in some cases, cell death. If the process is repeated throughout the body entire systems begin to fail, compromising the life of the patient.

Mitochondrial diseases most frequently affect the cells of the brain, eyes, ears, heart, liver, skeletal muscles, kidneys and the endocrine and respiratory systems. They produce a variety of symptoms, depending on the cells affected. In addition to neurological issues like seizures, symptoms may include muscle weakness and pain, loss of motor control, gastrointestinal disorders and swallowing difficulties, poor growth, cardiac disease, liver disease, diabetes, respiratory complications, visual and auditory problems, developmental delays and susceptibility to infection. Given the variety of symptoms and organ systems involved, mitochondrial diseases are often mistaken for other, more common, diseases.

Jon Marc Rhoads, MD, a pediatric gastroenterologist affiliated with Children’s Memorial Hermann Hospital and director of pediatric gastroenterology at McGovern Medical School, who has treated all three boys since 2007, explains the relationship between mito and gastrointestinal disorders. “Mito can affect the central nervous system (CNS) and the muscles that aid in digestion. The stomach, or gut, is a muscle and is the No. 2 location of nerves in the body, after the brain. As a result, patients with mito often experience mild to severe GI problems including poor appetite, reflux, difficulty swallowing, gastroparesis (a condition that affects the stomach muscles and prevents proper stomach emptying), constipation, diarrhea, inflammation of the pancreas and liver dysfunction.”

All three of the Pohla boys had reflux and gastroparesis. Nicholas and Nathan underwent surgery for reflux and used a feeding tube. Nicholas also suffered periodic episodes of severe vomiting, a condition known as cyclic vomiting, resulting in about 40 hospitalizations and “a ton” of missed school, says Melody. 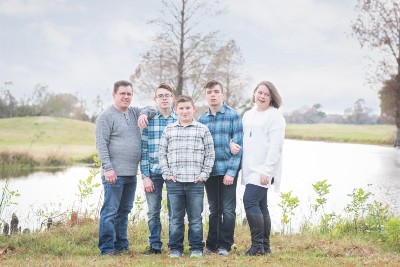 Much has transpired for both the Pohla family and the UT Mitochondrial Center of Excellence since the Pohla boys were among the Center’s first patients in 2007.

Nicholas is entering his senior year in high school, a milestone that Melody and Doug say at times they were not sure they would ever see. He is looking at colleges, hoping for a wrestling scholarship. He is off all medications and no longer uses oxygen or feeding tubes. Reflecting on all they have been through, Melody says, “It’s crazy to think how well he’s doing.” Nathan and Daniel are thriving as well.

Dr. Rhoads concurs, saying, “The parents have been very dedicated to their kids. For a time Dr. Koenig and I were seeing all three boys every three months and they never missed an appointment. It’s a beautiful outcome.”

Dr. Koenig acknowledges the family has been through a lot. “It has been a really long journey and a lot—a lot—of work keeping them healthy, alive, happy and functioning as normal as possible. But I think they’re coming out on the other end.”

She believes they are growing out of their mito-related health issues. “With the type of mitochondrial disease the Pohlas have, their mitochondria continue to function the same as they age but their metabolic (energy demands) decrease.  Infancy was the hardest, then puberty.  Once they hit their teen years, things got easier, and middle age should be a breeze!”

The Pohlas are thankful for the excellent care they have received from Dr. Rhoads, Dr. Koenig and her multidisciplinary team at the UT Mitochondrial Center of Excellence, which has become one of the largest mitochondrial centers in the country, treating hundreds of adult and pediatric patients every year.

With experience comes wisdom. Asked what she would say to other parents of children affected by mitochondrial disease, Melody replies, “There is a light at the end of the tunnel. For some, it does get better.”

Dr. Koenig advises parents to follow their intuition. “If you think something’s wrong with your child, it probably is. You are in the best position to recognize if something’s not right. Talk to a doctor. And don’t be shy about getting a second opinion.”

Dr. Koenig suggests the following resources for individuals with a mitochondrial disorder and their families:

To schedule an appointment with a Memorial Hermann affiliated gastroenterologist or other specialist, call (713) 704-KIDS (5437).