A Fresh Start for L.J. After Selective Dorsal Rhizotomy

Cerebral palsy (CP) is the most common cause of motor disability in childhood, according to the U.S. Centers for Disease Control and Prevention, with symptoms ranging from a mild gait abnormality to severe total body involvement. Regardless of the level of disability, the natural history of untreated CP may be marked by progressive deterioration. 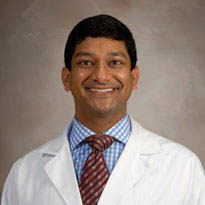 “Children are quite variably affected, but even mild untreated CP leads to painful contraction of the muscles. Prolonged muscle contraction causes spasticity. Every time the child has a growth spurt, it produces hip, knee and ankle pain,” says Memorial Hermann affiliated Manish N. Shah, MD, FAANS, associate professor in the Division of Pediatric Neurosurgery at McGovern Medical School at UTHealth Houston and director of the Texas Comprehensive Spasticity Center at UTHealth Neurosciences. “L.J. Borchardt came to us as a minimally affected 14-year-old who could walk on his own, but he had pain and some activity limitations. He met all the criteria for success in selective dorsal rhizotomy (SDR): the spasticity was limited to his legs, he had good trunk control and no previous orthopedic procedures, he could tolerate physical and occupational therapy, and he had strong family support.”

The neurosurgical procedure selectively sections problematic nerve roots in the spinal cord. In carefully selected patients, SDR provides an immediate permanent reduction in spasticity and offers children who follow a program of intensive postoperative therapy the potential to walk independently.

“L.J. has always been very high functioning, but his right knee was starting to turn in, causing some pain,” says his mother, Kristi Borchardt. “The more research we did, the more we understood that the taller he grew, the more the spasticity would keep him from turning his knee out. The twisting would continue, and later in life he would have more pain and would likely need assistance with mobility.”

The Borchardts came to Shah through Dallas neurologist Janice Brunstrom-Hernandez, MD, an outspoken advocate for people with CP who lives with CP herself and faces many of the same challenges her patients face. It was Dr. Jan, as her patients call her, who suggested SDR surgery for L.J.

“After our initial meeting with Dr. Jan, we began our research,” Borchardt says. “When you hear about SDR and learn what the surgery involves, you realize that it’s a huge life decision. L.J. was headed toward adulthood with pain and mobility issues. We read about other patients with CP who had the surgery, and they all said they wish they had done it earlier. Dr. Shah connected us with a mom, dad and daughter who were willing to talk with us about their experience. Their daughter was the same age as L.J., with a similar level of CP. She told us that the surgery had changed her life and that it would change ours as well. Having that conversation made a huge difference for us as a family.”

Patients who undergo SDR must commit to intensive therapy for a year following the surgery. “Typically children with spasticity become weak. Most are already in physical and occupational therapy for cerebral palsy,” says Shah, who holds the William J. Devane Distinguished Professorship at UTHealth and is director of pediatric spasticity and epilepsy surgery at Children’s Memorial Hermann Hospital. “L.J. was using his spasticity and stiff muscles and joints to walk. If we took the spasticity away, he would have to relearn how to walk using a normal gait pattern. With SDR, we’ve been able to reduce drastically the work our patients have to do in therapy. We use a single incision at one to one-and-a-half levels of the spine and cut 75 to 80 percent of the nerve rootlets. Most neurosurgeons use longer incisions and cut only about 30 percent of the rootlets. Evidence shows that this 30-percent approach often fails in the long term, with a return of the spasticity. It’s a one-shot procedure with no room for revision if it fails.”

The Decision to Wait a Year

The surgery was originally scheduled for 2020, but at age 14, L.J. was not ready to make the commitment to postoperative therapy. He had been in therapy for 4 years when he was younger and more recently was working out at a gym with a professional trainer.

“There’s a huge difference between the response of a teenager and a much younger child,” says Jason Borchardt, L.J.’s father. “A 7-year-old might participate in therapy willingly because you asked, but a teenager has to decide for himself to make the commitment. We had many conversations about the potential outcome and how much of a life-changing experience it could be for L.J. By the time he was 15, his mind was made up and he was ready.”

Dr. Shah took L.J. to the operating room at Children’s Memorial Hermann Hospital in February 2021. After a 3-day stay at the hospital, he was transferred to TIRR Memorial Hermann’s pediatric inpatient unit.

“Thanks to the expertise of the TIRR team, children who undergo SDR surgery are walking sooner and less painfully,” says Dr. Shah, the leading neurosurgeon in the area for SDR. “We have high hopes for these kids. If we can treat them at the appropriate time, we can reduce the societal burden of CP enormously. They can become independent, have careers and families, and enjoy a huge improvement in quality of life.” 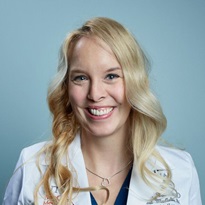 L.J. was admitted to the new pediatric inpatient unit at TIRR Memorial Hermann on February 11, 2021, under the care of affiliated pediatric physiatrist Stacey Hall, DO, assistant professor in the Department of Physical Medicine and Rehabilitation at McGovern Medical School. “TIRR exceeded all of my expectations, which already were very high,” Jason Borchardt says. “The detail they put into his care was amazing. He did physical therapy, occupational therapy, recreational therapy and music therapy. They did a fabulous job of finding out what his interests are and using them to design a rehab program especially for him.”

Dr. Hall says SDR patients follow a standard protocol, which the therapy team personalizes to their interests. “L.J. loved being outdoors and had a passion for archery and bow hunting,” she says. “We created a program that would make his rehabilitation meaningful and more fun. For instance, we worked on his posture while he held a bow and arrow. He used our Nerf™ gun to practice shooting at different targets. During his 3-week stay, he advanced from shooting from a wheelchair to target practice in a standing position.”

The Borchardts were impressed with their son’s rehabilitation program. “In music therapy, they worked on his posture while he was playing the guitar,” he says. “Recreation and music therapy added so much to their incredible physical and occupational therapy programs. The Child Life specialist at TIRR Memorial Hermann provided emotional support and made sure the kids were involved and happy. She bounced in and out of his therapy sessions. One time he was doing lunges, and she was doing them with him. That kind of interaction makes a huge difference. The whole team is top notch. You can tell they really care about their patients. As happy as we were to be going home, it was hard to leave and very emotional because of the relationships we formed and how far he came in such a short period of time. You can’t help but love people like that.”

Dr. Hall also commends the TIRR Memorial Hermann team. “We all have the same priority of taking care of our patients and their families and making them part of our care team,” she says. “After admission, we do an initial family and patient meeting and discuss goals and expectations of care, and goals for discharge, so that we’re all on the same team working toward the same goals.”

The pediatric inpatient team provides the framework for rehabilitation, but it’s the patients who do the work. “L.J. is a remarkable young man. He’s a hard worker with an exceptional spirit. He’s smart and dedicated, and he gave 100 percent every single day,” Dr. Hall says. “He’s our dream patient. He did an amazing job.”

L.J.’s current goals are to walk unassisted and join the TIRR Peer Program. The Peers provide encouragement to individuals who have been hospitalized recently and share similar life circumstances or challenges. They provide support and encouragement, help with skills training and share information about resources.

“Dr. Shah and his staff were outstanding as well,” Jason Borchardt says. “All the way around, it’s been a great experience, and I recommend it to any parent with a child with cerebral palsy.”

Dr. Shah says TIRR Memorial Hermann is a good match for the care provided at the Texas Comprehensive Spasticity Center. “Each child with cerebral palsy has different needs. We have many, many happy families, thanks to the outstanding care of our highly trained teams. Now we have the new pediatric inpatient unit at TIRR, which is a big coup for the children of our region.”

“L.J. has always been very high functioning, but his right knee was starting to turn in, causing some pain. The more research we did, the more we understood that the taller he grew, the more the spasticity would keep him from turning his knee out. The twisting would continue, and later in life he would have more pain and would likely need assistance with mobility.”