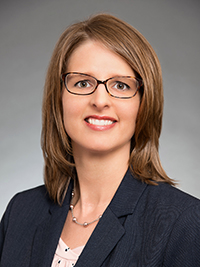 Since 2001, Abbott has held integral roles within TIRR Memorial Hermann, starting her career as a staff therapist in the spinal cord injury and specialty rehabilitation program and earning successive promotions to director of therapy services and director of clinical programs, vice president of operations and chief operating officer.

Abbott is on the board of directors for the American Medical Rehabilitation Providers Association, a member of the American Physical Therapy Association and American College of Healthcare Executives, a Texas Physical Therapy Association Tom Waugh Leadership Development Fellow, champion of Women Leaders of Memorial Hermann, graduate of the Center for Houston’s Future Business/Civic Leadership Forum and an advocate for the ReelAbilities Film Committee. 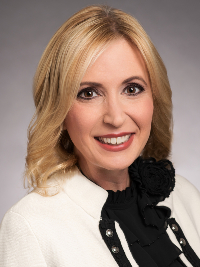 Harrison has more than 20 years of experience in healthcare administration and has held leadership positions for more than 17 of those years. She joined TIRR Memorial Hermann in 2019 as vice president and chief nursing officer.

Harrison joined the leadership team at TIRR Memorial Hermann after eight years of service at its acute-care sister hospital, Memorial Hermann-Texas Medical Center, where she was associate vice president of the neuroscience service line, post-acute care and operations. She has worked in academic, community and post-acute care hospital settings, which share a common focus on quality and optimizing care to create the best possible patient outcomes. She has a proven track record of generating results through collaboration, innovation and teamwork, and is deeply devoted to creating exceptional patient care experiences.

Harrison received her bachelor’s degree in nursing from Baylor University in Dallas, Texas, and her MBA from American InterContinental University. She holds a Nurse Executive Advanced Board Certification (NEA-BC) and is a member of the Association of Nurse Executives. 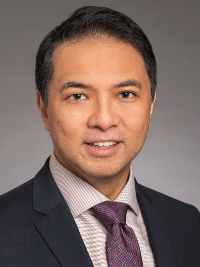 Dr. Francisco is one of the nation's leading physicians in the field of brain injury and stroke rehabilitation and spasticity management. A frequent lecturer nationally and internationally, he is currently conducting research on the use of botulinum toxins and intrathecal baclofen for the treatment of spasticity, along with the use of robots to facilitate recovery after stroke or spinal cord injury. He is one of three principal investigators of a four-year National Institutes of Health R01 grant to create and validate a noninvasive brain-robot interface to help stroke patients recover use of their upper limbs to the fullest extent possible.

Dr. Francisco received his medical degree from the University of the Philippines College of Medicine and completed his residency in physical medicine and rehabilitation at the University of Medicine and Dentistry-New Jersey Medical School, where he was chief resident. He was inducted as a member of the McGovern Medical School at UTHealth's Academy of Master Educators in 2012, and upon election to the University of Texas System Academy of Health Science Educators in 2013 was awarded the title Distinguished Teaching Professor. He was named among U.S. News & World Report's Best Doctors in America in 2011, among Texas Monthly Magazine's Texas Super Doctors in 2012, and has been on the Best Doctors in America® list several times since 2000. He was former Congresswoman Gabrielle Giffords' brain injury rehabilitation physician during her stay at TIRR Memorial Hermann.

During his tenure as chief medical officer at TIRR Memorial Hermann, Dr. Francisco has recruited accomplished clinicians and researchers, fortified existing programs and developed new programs to meet patient needs, including the creation and expansion of the Outpatient Medical Clinic, which includes a medical home for individuals with disabilities age 13 and older who require care by a physician. He is also director of the UTHealth Physical Medicine and Rehabilitation Motor Recovery Lab at TIRR Memorial Hermann, which conducts research in robot-assisted rehabilitation, noninvasive brain stimulation and spasticity management. 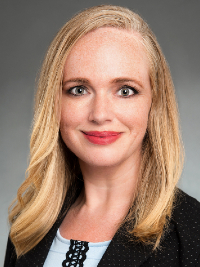 A highly versatile healthcare professional with 15 years of change management experience, Graham is an excellent strategist and proven operational leader with experience in the acute care, inpatient rehabilitation and home care settings. She has experience in both finance and clinical operations, which supports her understanding of and commitment to pairing quality healthcare with strategic financial decision-making.

Graham received her bachelor’s degree in accounting at the University of Kentucky in Lexington and her MBA at Samford University in Birmingham, Alabama. She was recruited to TIRR Memorial Hermann in 2018, having worked previously as director of finance and cancer services at Houston Methodist San Jacinto Hospital. Prior to relocating to Houston, Graham had the opportunity to open Roper Hospice with Roper St. Francis Healthcare in Charleston, South Carolina. In this role she learned the important balance between clinical and financial operations.

Graham has a passion for services that provide truly life-changing care, including rehabilitation, hospice and oncology. She is a member of the American College of Healthcare Executives and the Healthcare Financial Management Association. 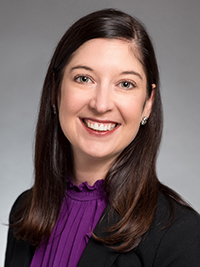 Adair completed Quality of Texas Examiner Training in 2017 and 2019 and received her Graduate Certificate in Health Care Management from Rice University in 2017. She is a member of the American College of Healthcare Executives and of the Memorial Hermann Women Leaders Membership and Champions Committee.