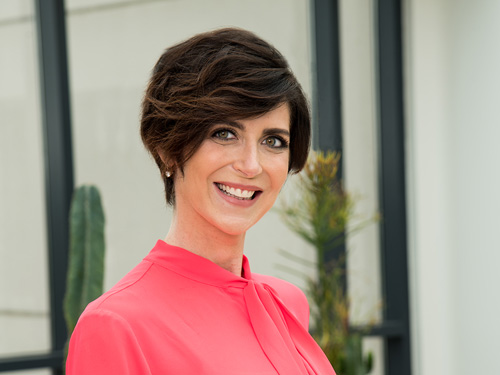 When asked why she chose a career in neuropsychology, Katherine O’Brien, PhD, often tells people she fell into it. The summer before she entered the University of Rochester in New York, Dr. O’Brien underwent endoscopic brain surgery for a colloid cyst, an incidental finding on imaging after she suffered a concussion in a fall. Today she is the brain injury program leader and clinical neuropsychologist for the Disorders of Consciousness (DoC) Program at TIRR Memorial Hermann.

The fall is only part of the story. With three generations of physicians behind her, including her father and grandfather, Dr. O’Brien had her eye on the medical field from an early age. “My father, an internist, grew up in a home with his father’s practice on the first floor. Eventually he took over my grandfather’s practice, and when he retired two years ago, he passed on his patients to my cousin,” she says. “Conceivably, if you were old enough, you could have been cared for by three generations of O’Brien physicians in Buffalo. That lineage in health care gave me a strong desire to help people recover from illness.”

Dr. O’Brien graduated from the University of Rochester with a degree in brain and cognitive science, and went to work at the Neurological Institute of New York/Columbia University Medical Center to gain experience before applying to doctoral programs. She was accepted to the University of Houston’s PhD program in clinical neuropsychology, graduating in 2011. Before joining TIRR Memorial Hermann in 2014, she worked for a post-acute care brain injury rehabilitation center in Houston.

In 2018, the American Academy of Neurology released practice guidelines for patients with a disorder of consciousness, the first of which recommends that these patients be referred to inpatient rehabilitation with specialized training to optimize care. “The patients we work with today were not considered appropriate for rehabilitation in the past,” she says. “It’s not unusual for our team to determine that a patient diagnosed as vegetative or minimally conscious upon admission is actually fully conscious and can answer questions soon after starting to work with us. I feel very fortunate that TIRR supports our Disorders of Consciousness Program. We have the opportunity to help those that are frequently dismissed and given little hope for recovery. We also participate in advocacy groups at the national level with our medical director Dr. Sunil Kothari. Dr. Kothari’s commitment to his patients is contagious, and he truly leads our team with heart. He is a large reason our program is what it is today, and we are fortunate to work alongside him daily.”

With TIRR Memorial Hermann’s reputation for stellar outcomes, the DoC team sees very high-acuity patients. “Nothing feels better than seeing patients communicate when their families were told they would never be able to. Those smiles, both from families and the therapists who have the opportunity to be a part of the breakthrough, come from close teamwork. People with disorders of consciousness truly need a transdisciplinary team, and I am thankful to be a part of that team,” says Dr. O’Brien, who was on the University of Rochester Track and Field team and was inducted into the institution’s Athletic Hall of Fame in October. “Our people practice here because they are passionate about doing everything in their power to make things better for patients. They push the envelope, and that makes me set my sights even higher.”