Polio Forgotten, But Not Gone

By the time TIRR, the Texas Institute for Rehabilitation and Research, opened its doors in the Texas Medical Center in May 1959, poliomyelitis had become less of a universal threat, and physicians at the Institute began focusing on the rehabilitation of patients with spinal cord deterioration caused by disease or trauma. Although Jonas Salk’s vaccine came into use in 1955, polio was not yet eradicated. Former Houston resident Debbie Mason was four years old in September 1958 when she started showing symptoms of the virus. She was the second paralytic poliomyelitis patient admitted to the hospital now known as TIRR Memorial Hermann. 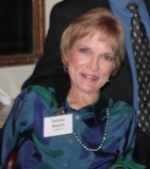 “I remember bits and pieces,” she says. “When I was getting sick, the symptoms were like the flu. Every time I needed to go to the bathroom, it got a little harder to walk. The last time I remember going to the bathroom, I crawled. Then I woke up in an iron lung calling for my dad.”

Mason was hospitalized for six months before being transferred to the Wolff Home Polio Rehabilitation Unit as an intermediate stop on her way to TIRR. “Everyone in my family had shots, but I was the only one who got polio,” Mason says. “In the early stages, I was completely paralyzed. I couldn’t breathe or move anything except my mouth. They worked to wean me off the iron lung, but it took a long time. I slept in the lung, and they’d take me out for an hour a day and slowly increased it to a few more hours. All the doctors and nurses were excited when I could move my toes.”

Mason was hospitalized for nearly a year and was five when she went home. When she caught a cold, it would develop into bronchitis and then pneumonia, and she would be admitted to TIRR and go back into the iron lung.

“Back in those days children with disabilities were segregated from normal kids, so in the first, second and third grades I went to school across town,” she recalls. “My parents talked to the school district officials and got permission for me to go to my neighborhood school only a few blocks away.”

Mason started college at San Antonio College in San Antonio, Texas. “I wanted to go to the University of Houston because they had a program for students with disabilities,” she says. “My parents were reluctant to let me go because they felt the need to take care of me. I found a program through the Texas Department of Assistive and Rehabilitative Services that paid for tuition, books, fees and room and board – and for an attendant. That was the clincher. I had someone to take care of me, so my parents let me go to Houston.”

At the University of Houston, Mason studied journalism and met her husband, Rob Mason. After graduating in December 1977, she accepted a position writing publications for the Coalition for Barrier-free Living in Houston, a nonprofit organization. When their grant ran out six months later, she went to work for the Harris County Treasury Department. By 1984, she had started having symptoms of postpolio syndrome, and in 1993, at the age of 39, she retired.

“I wasn’t sleeping well because I wasn’t breathing well. I had to go back on a ventilator at night,” she recalls. “I was getting more and more fatigued earlier in the day and having progressive muscle and joint weakness and pain. Eventually it was hard to get through the day.”

Mason and her husband bought a car wash and moved to New Braunfels, Texas, in August 1994. “It was a less hectic life. Now I gauge what I do. If I know I’m going to have a busy day, I try to alternate work and rest. You have to pay attention to your body. If you keep pushing and pushing, you’ll wind up with nothing. That’s what post-polio syndrome is: the overuse of muscles and nerves.”

Mason, now 64, uses a power wheelchair and has regained only partial use of her arms. “When you have polio, if it takes away, say, the use of your right arm, if you’re lucky enough to regain strength, the muscles and nerves that do work have to work twice as hard to compensate for the ones that don’t,” she says. “Because they’ve been working twice as hard for all these years, they’re worn out. Doctors don’t recommend exercise like they did back when we had polio and were trying to get our abilities back. If you do exercise, it should be very limited. Right now I’m doing therapy but the therapist does most of the work. She’s concentrating on my torso to help me with sitting. When you sit all day you get stiff and the ribcage gets stiff and breathing is harder. She’s helping me get my torso more flexible, which helps with breathing, pain, posture, and stamina.”