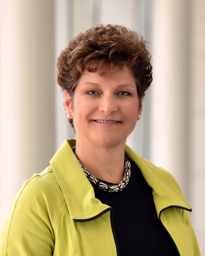 Observing her two grandfathers growing older in very different ways sparked Susan Robinson-Whelen, PhD’s interest in aging when she was young. Early in her undergraduate education, she chose gerontology as a career path.

“I was interested in adjustment to age and age-associated issues – loss of physical function, social roles and relationships,” says Dr. Robinson-Whelen, a scientist at TIRR Memorial Hermann’s Spinal Cord Injury and Disability Research Center (SCIDR), assistant professor of physical medicine and rehabilitation at Baylor College of Medicine, and senior investigator at the Center for Research on Women with Disabilities (CROWD). “Many of these issues are similar to the experience of people with acquired disabilities, so later it was an easy shift to move from geropsychology to disability research.”

After receiving her bachelor’s degree in psychology at Louisiana State University in Baton Rouge, Dr. Robinson-Whelen looked for graduate programs in clinical psychology offering specialization in geropsychology. She attended Washington University in St. Louis, which offered one of the first clinical geropsychology programs in the nation, and received her doctorate in clinical psychology from the same institution in 1993. She continued to focus on geropsychology during her internship at the Vanderbilt-VA Consortium in Nashville. When she started postdoctoral training in the department of psychiatry at Ohio State University, her primary interest was still aging. There she studied with Janice Kiecolt-Glaser, PhD, examining the psychological and physical health effects of caring for a family member with Alzheimer’s disease.

Dr. Robinson-Whelen moved to Houston in 1997, and was offered a research position with the Michael E. DeBakey VA Medical Center, with an affiliation as an assistant professor in the department of Physical Medicine and Rehabilitation at Baylor College of Medicine. In accepting that research position with the VA-funded Center of Excellence on Healthy Aging with Disability, she began her transition from aging to disability research.

In addition to the diverse reactions of her grandfathers to aging, Dr. Robinson-Whelen was inspired by her parents, both of whom are committed to making a difference in people’s lives. Her father is a retired ophthalmologist who at age 80 continues to make medical mission trips to Mexico as he has for the past 40 years. Her mother frequently accompanies him, helping to prep patients and manage medical supplies.

Dr. Robinson-Whelen has worked at the Baylor College of Medicine Center for Research on Women with Disabilities (CROWD) for the past 15 years and began working at TIRR Memorial Hermann’s Spinal Cord Injury and Disability Research Center (SCIDR) in 2012. Working with close colleagues Margaret Nosek, PhD, Rosemary Hughes, PhD, and Heather Taylor, PhD, she has been involved as principal investigator or co-investigator on numerous studies in which they have developed and tested intervention programs for people with disabilities.

“Our interventions have ranged from stress self-management and depression self-management to health promotion and weight management to safety and abuse prevention,” she says. “Our work spans a range of issues because it is directed by consumer needs.”

Over the years she has learned the value of involving members of the community in all phases of her research. “Developing effective interventions for people with disability is not enough if they’re unable to take advantage of them due to disability-related barriers to participation,” she says. “After witnessing these barriers, our research team felt compelled to circumvent them, which led us to begin delivering interventions in WebEx and the virtual world of Second Life.

“Having people with SCI leading our programs is critical to the openness we witness in these group interventions,” Dr. Robinson-Whelen says. "Our peer facilitators are amazing to watch. They help group members engage and feel connected more quickly than they otherwise would and help them feel safe having sensitive discussions. They share things they’ve learned along the way, as well as some of their own challenges. This creates an environment in which everyone feels they have something to offer. In the first session of a recent group, one of the group members said how excited she was to be in the program and how she couldn’t wait to learn from all of her fellow group members. I love that! I love that they didn’t say they can’t wait to hear what the researchers had to say. They have so much to share and learn from each other. They’re truly the power behind the intervention work we do.”