With a financial penalty from the Centers for Medicare & Medicaid Services (CMS) associated with an above-average rate of catheter-associated urinary tract infections (CAUTIs), hospitals around the country are focusing their attention on reductions in this core measure, one of many created by the Centers for Disease Control and Prevention and the National Quality Forum – and enforced by CMS. 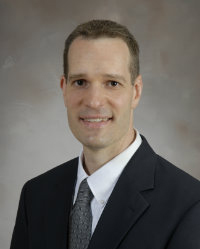 "The best way to reduce CAUTIs in non-paralyzed patients is by taking out the catheter,” says Matthew Davis, MD, clinical director of the Spinal Cord Injury (SCI) Program at TIRR Memorial Hermann and a clinical assistant professor of physical medicine and rehabilitation at McGovern Medical School at UTHealth. “Hospitals and other care facilities around the country have lowered their CAUTI rates by paying closer attention to whether patients actually need a Foley catheter. If a patient is in a nursing home and the catheter stays in only because staff members are too busy to help the patient to the bathroom, that’s bad. In the case of spinal cord injury patients, the bladder works differently – something many physicians and nurses in acute care hospitals are unaware of.”

Most individuals with SCI suffer from neurogenic bladder, which affects the ability to voluntarily store urine and empty the bladder. Bladder function is managed either by indwelling catheters or by intermittent catheterization. Despite advances in bladder and medical management strategies, urinary complications and autonomic dysreflexia represent a major cause of morbidity and mortality among SCI patients. Premature catheter removal, when combined with poorly implemented intermittent catheterization, can have disastrous consequences.

“Most acute care hospitals are not well versed in bladder management in SCI,” Dr. Davis says. “When they remove the indwelling catheter, they often fail to implement appropriate alternatives. In this situation it’s really safer to simply leave the catheter in place. The potential complications of a poorly managed bladder can be far worse than a CAUTI."

Last March, the National Quality Forum (NQF) in Washington, D.C., held an open forum soliciting feedback about the new measure and invited physicians to comment. In response, Dr. Davis emailed physical medicine and rehabilitation colleagues around the country, raising awareness of the open-comment period and urging them to participate. A week later, the general public was invited to call in with comments about the measure. When Dr. Davis identified himself as the physician who had invited specialists around the country to comment, NQF officials put him in contact with the guideline authors at the CDC and invited him to attend a meeting in Washington last April. There, he discussed his concerns about the removal of catheters in spinal cord injury patients admitted to acute care facilities.

I don’t plan on dropping this issue until I believe SCI patients are safe.

The measure was intended to provide accountability for high rates of CAUTIs,” Dr. Davis says. “Ironically, the definition of CAUTI used by the CDC has very poor reliability in SCI patients who have compromised sensation. In the SCI population, this measure does not have its intended effect.”

Dr. Davis subsequently was invited to discuss issues related to SCI patients with Daniel Pollock, MD, a medical epidemiologist and the surveillance branch chief of the CDC’s Division of Healthcare and Quality Promotion (DHQP), and Carolyn Gould, MD, a DHQP medical epidemiologist and the primary author of the CDC’s CAUTI guidelines. When he asked for a status update in late August, their proposed revisions did not include mention of SCI.

I was frustrated by this, but they also sent me an invitation to discuss the matter in early September,” says Dr. Davis, who invited two nationally recognized experts to join him on the conference call: Todd Linsenmeyer, MD, director of urology at Kessler Institute for Rehabilitation in New Jersey, and Steven Kirshblum, MD, who is nationally recognized for his work in spinal cord injury and rehabilitation and serves as the current president of the Academy of Spinal Cord Injury Professionals. “Together, we helped them understand the significance of this as a nationwide issue.”

Unfortunately, after nearly two hours of discussion, the three specialists were unable to convince the CDC to change its measure. “They’re not listening to the frontline providers who are experts in the field,” Dr. Davis says. “We’re going to have to escalate this issue to the NQF.”

The physicians are now in the process of recruiting other voices in the fields of SCI, physical medicine and rehabilitation, and disability advocacy. “I don’t plan on dropping this issue until I believe SCI patients are safe,” Dr. Davis says.