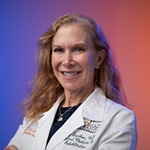 Dr. Cindy Ivanhoe returns to TIRR Memorial Hermann as director of the spasticity program and Associated Syndromes of Movement (SPASM). She sees patients at the TIRR Memorial Hermann Outpatient Medical Clinic. Dr. Ivanhoe received her medical degree at the Autonomous University of Guadalajara in Mexico, and completed residency training at the University of Illinois at Chicago, where she was chief resident. A clinical professor of physical medicine and rehabilitation at McGovern Medical School at UTHealth, Dr. Ivanhoe has been named among U.S. News & World Report’s Best Doctors since 2009 and Best Doctors in America since 2007. In 2016, she was recognized with the Distinguished Clinical Award by the American Academy of Physical Medicine and Rehabilitation. Dr. Ivanhoe has delivered invited lectures nationally and internationally, and has published widely on spasticity management. 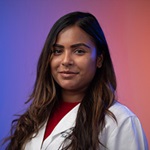 Dr. Abana Azariah joins the brain injury team as an attending physician after completing a fellowship in brain injury medicine at Albert Einstein Medical Center/MossRehab in Elkins Park, Pennsylvania. She received her medical degree at St. George’s University School of Medicine in Grenada, West Indies, and completed residency training at Baylor College of Medicine in Houston. Dr. Azariah is an assistant professor of physical medicine and rehabilitation at McGovern Medical School. 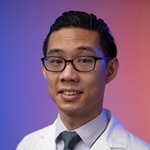 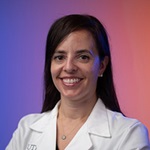 Dr. Kristin Varacalli will practice at Memorial Hermann-Texas Medical Center and may also provide coverage at TIRR Memorial Hermann in the future. She received her Doctor of Osteopathic Medicine at Philadelphia College of Osteopathic Medicine in Philadelphia and completed residency training at Temple University Hospital/MossRehab, also in Philadelphia. Prior to joining TIRR Memorial Hermann, she was a staff physiatrist at Lehigh Valley Health Network in Allentown, Pennsylvania. Dr. Varacalli is an assistant professor of physical medicine and rehabilitation at McGovern Medical School.