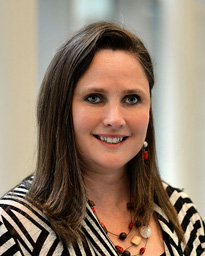 Traumatic brain injury (TBI) impacts family caregivers as well as the person with injury. Research has documented caregiver emotional distress, including depression and anxiety, as early as three months after injury and as long as seven years.1 The importance of interventions to reduce caregiver distress and burden after TBI has been emphasized, but research documenting the effectiveness of caregiver interventions has been minimal.

Health-related quality of life (HRQOL) is a multidimensional construct that describes the impact of physical, mental and social health on a person’s overall health status.2 With funding from the National Institutes of Health, Dr. Noelle Carlozzi at the University of Michigan is leading the development of a measure of HRQOL specific to TBI caregivers. TIRR Memorial Hermann is one of four data collection sites, with Dr. Angelle Sander as site principal investigator. The measuring tool, called the CareQOL, is being developed in a manner consistent with the Patient Reported Outcomes Measurement Information System (PROMIS), a system for assessing physical, mental and social health in a manner that allows for comparison across different studies and health conditions.3,4

To date, a series of nine focus groups have been conducted across three sites – the University of Michigan, TIRR Memorial Hermann and Kessler Institute for Rehabilitation. Participants in the focus groups were 55 caregivers of persons with medically documented moderate to severe TBI and at least one year post injury. Fifty-eight percent of the caregivers who participated were parents of the person with injury, and 36 percent were spouses. The focus groups were led by two doctoral level psychologists and conducted in a manner consistent with the PROMIS methodology. Each focus group was audio recorded, transcribed and coded by two independent raters using a codebook.

Several HRQOL themes emerged from the focus groups.5 Social health was the area of functioning most frequently discussed by caregivers. This included caregiver role changes, loss of freedom, stigma, loss of recreation and social isolation. The next most frequently discussed topic was emotional health, which included positive emotions, depression, anxiety and anger. Caregivers also discussed feeling overwhelmed, self-defeated and trapped by being unable to leave the person with injury alone. The third most frequently discussed issue was physical/medical health. Caregivers especially expressed concerns that their caregiving role affected their ability to maintain health through medical care, exercise, etc. They also discussed sleep disturbance and fatigue. Cognitive functioning was a less-frequent concern for caregivers, only mentioned when directly queried by the focus group moderators. Issues discussed included decreased memory, attention and overall mental clarity due to the caregiving role. One issue that was discussed frequently by caregivers and is not covered by existing PROMIS measures was feelings of loss related to change in social roles. This experience involved perceived loss of future potential of the person with TBI, as well as loss of the caregivers’ personal life, relationships and future plans.

The results of the focus groups indicated that existing PROMIS item banks are also relevant to the HRQOL experience of TBI caregivers. These item banks include: ability to participate in social roles and activities; satisfaction with social roles and activities; companionship; emotional support; informational support; social isolation; depression; anxiety; anger; fatigue; sleep disturbance; and sleep-related impairment. Issues discussed by caregivers in our focus groups that are not covered by existing PROMIS item banks include: caregiver-specific feelings of loss; caregiver strain and anxiety specific to the caregiver role; and feeling trapped. Drs. Carlozzi and Sander and colleagues have generated items to assess these areas. These item banks, as well as the relevant PROMIS item banks, have now been administered to over 500 caregivers of persons with TBI, including 167 caregivers at TIRR Memorial Hermann. The data from these caregivers will be used to further refine these items and validate them in a larger sample, including caregivers at TIRR Memorial Hermann.

Focus groups were also conducted with a group of 45 caregivers of persons who had sustained TBI during military service.6 Results of these focus groups were similar to those of the civilian focus groups in that social health was the most frequently discussed HRQOL domain, followed by emotional health, and then physical health. Interestingly, there were three issues that frequently emerged in these military focus groups that were rarely heard in the civilian groups: anger regarding barriers to health service; emotional suppression (i.e., feeling compelled to pretend that all is well, even when it isn’t); and hypervigilance (attempting to control their behavior or environment to avoid upsetting the person with injury). These results suggest unique needs in caregivers of persons with injuries sustained in the military. These items will be validated in a large military sample.

This ongoing study will result in a measure of HRQOL specific to caregivers of persons with TBI that can be used to assess treatment needs and to measure treatment progress, thus closing an existing gap in rehabilitation research and clinical service. TIRR Memorial Hermann is proud to be involved in this endeavor.

1Sander AM. Treating and collaborating with family caregivers in the rehabilitation of persons with traumatic brain injury. In: Sherer M, Sander AM (Eds.) Handbook of the Neuropsychology of Traumatic Brain Injury. New York: Springer Science, 2014, pp. 271-282.

Dr. Sander is an associate professor in the department of Physical Medicine and Rehabilitation at Baylor College of Medicine and director of the Brain Injury Research Center at TIRR Memorial Hermann.