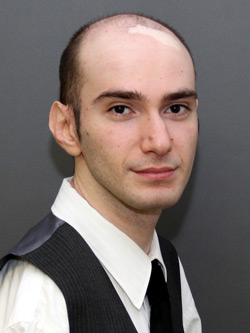 Powers received his bachelor’s in speech communications from Trinity University in San Antonio. He went on to earn a Juris Doctorate from the University of Houston Law Center, where he also worked in the Immigration Clinic. In 2014, he was appointed to the City of Houston Transportation Accessibility Task Force to provide policy guidance.

Powers’ research interests include the application of disability rights legislation, including the Americans with Disabilities Act, to the exponentially evolving communication and multimedia technologies.

The Southwest ADA Center is part of the ADA National Network funded by the National Institute on Disability and Rehabilitation Research (NIDRR) to promote voluntary compliance with the Americans with Disabilities Act. Staff members provide technical assistance, training and information dissemination in Texas and its four neighboring states.