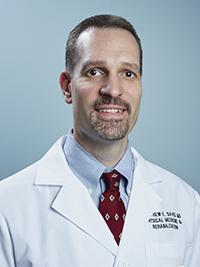 “Half of the spinal cord injury-specific positions in this country come from the VA system of care, which provides a unique practicing environment,” Dr. Davis says. “Most of the other SCI fellowships available in the United States are more heavily weighted either to VA or non-VA programs. We have a good balance, offering postgraduate students the opportunity to spend six months at a world-class rehabilitation hospital adjacent to Memorial Hermann-Texas Medical Center’s Level l trauma center and six months at the VA.” Dr. Davis’ counterpart at the VA Medical Center is Sally Holmes, MD.

Since its founding in 2002, the Craig H. Neilsen Foundation has funded programs supporting spinal cord injury research and rehabilitation. The foundation’s mission is to improve the quality of life for those living with SCI and support scientific exploration for effective therapies and treatments leading to a cure.

A research scientist and two physicians have joined the staff of TIRR Memorial Hermann and the Baylor/UTHealth Alliance for Physical Medicine and Rehabilitation. 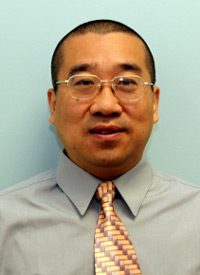 Ping Zhou, PhD, joins TIRR Memorial Hermann as director of the NeuroMyoelectric Engineering for Rehabilitation Laboratory, with a concurrent appointment as adjunct associate professor in the department of Physical Medicine and Rehabilitation at McGovern Medical School at UTHealth. The new laboratory falls under the umbrella of TIRR Memorial Hermann’s NeuroRecovery Research Center.

Dr. Zhou is an associate editor for Journal of Neuroengineering and Rehabilitation and on the editorial board for several other journals. He is a reviewer for more than 30 journals. He has published more than 50 articles in peer-reviewed journals and has served as principal investigator on several grants from the National Institutes of Health, the U.S. Department of Education and other organizations. His research has been recognized with numerous awards, including the Delsys Prize Promoting Innovation in Electromyography (EMG) in 2007 and the Best Clinical Research Award at the XVIII Congress of the International Society of Kinesiology and Electrophysiology held in Denmark in 2010. Dr. Zhou has been a senior member of the IEEE since 2007 and is a member of the International Society of Electrophysiology and Kinesiology and the Society for Neuroscience. His research interests include biomedical signal processing, in particular EMG; motor unit pathophysiology and electrodiagnosis; myoelectric control; and assistive devices for neurorehabilitation. 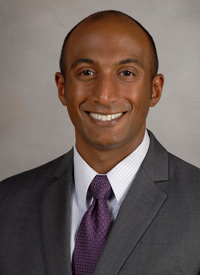 After receiving his medical degree at The University of Texas Southwestern Medical School in Dallas, he completed his residency at the Baylor/UTHealth Alliance for Physical Medicine and Rehabilitation, followed by a fellowship in spinal cord injury medicine at the same institution. He completed a master’s in applied health informatics at The University of Texas Health Science Center at Houston in 2013. He is a member of the American Academy of Physical Medicine and Rehabilitation, Association of Academic Physiatrists, American Association of Neuromuscular and Electrodiagnostic Medicine and Academy of Spinal Cord Injury Professionals. 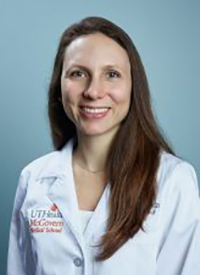 Carolina Gutierrez, MD, received her medical degree at the Universidad el Bosque in Bogotá, Colombia, followed by an internship in internal medicine at New York College of Medicine in New York City, a residency in physical medicine and rehabilitation at Brody School of Medicine at East Carolina University in Greenville, North Carolina, and a fellowship in cancer rehabilitation at The University of Texas MD Anderson Cancer Center. She holds a faculty appointment as clinical assistant professor of PM&R at McGovern Medical School.

Dr. Gutierrez has authored a number of book chapters and manuscripts, including publications in the journals Supportive Care in Cancer, Practical Neurology and Cancer. She has been invited to lecture on the topic of cancer rehabilitation both nationally and internationally. Her clinical and research interests include rehabilitation in patients with cancer, focusing on improving function, quality of life, physical activity and nutrition throughout the continuum of cancer care.