Message From the Chief Executive Officer 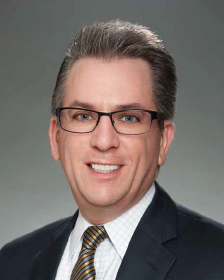 In Lex Frieden’s interview with President George H. W. Bush about the long-ranging influence of the Americans with Disabilities Act, the two longtime colleagues and friends discuss the progress we’ve made as a nation in increasing physical accessibility for people with disabilities. In today’s more accessible physical environment, we become even more aware of other barriers to full participation in life, including obstacles to employment.

As we look forward to celebrating the achievements of the past 25 years next July, we have recommitted ourselves to our advocacy work in the community. In February, TIRR Memorial Hermann will once again be the lead sponsor of ReelAbilities, Houston’s citywide film festival promoting awareness and appreciation of the lives, stories and artistic expressions of individuals living with disabilities. In the next two issues of the journal, we’ll include stories of former patients who have refused to let disability interfere with personal fulfillment. They are tough, resilient and resourceful, and we applaud them.