Multiplicity: How Many to Implant? 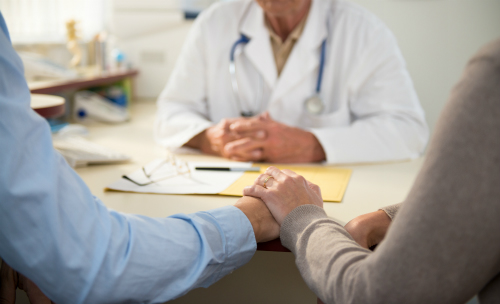 Dr. Alfredo Gei, an obstetrician-gynecologist specializing in high-risk pregnancy and affiliated with Children’s Memorial Hermann Hospital, knows all too well the complications that come with multiple births. Not only has he worked with many families going through the process, he helped bring a mother of quadruplets to term at 33 weeks—nearly three weeks longer than the national average for quadruplets, and of crucial importance to the health of the babies.

Today, 3 percent of all pregnancies are multiples. In the case of the quadruplets Dr. Gei treated, the mother was implanted with two embryos via in-vitro fertilization (IVF), both of which thrived, with one dividing into thirds, creating identical triplets to go along with the other sibling.

It can be tough for both patient and doctor to decide how many embryos to implant when undergoing IVF. More embryos bring a greater chance of success, of course, but a greater chance of multiples as well. “Many times couples struggle with this,” says Dr. Gei, “because they have dealt with infertility for two, five, ten years even.” Most doctors recommend implanting no more than two embryos at a time, and even then division is possible.

Did you know? Forty-six percent of babies conceived by IVF are multiples, mostly twins.

Dr. Gei says the mother of the quadruplets required special nutrition and daily medication as well as regular monitoring throughout the pregnancy and hospitalization at the end. He and his team fitted her for a device imported from Germany called a pessary, which is designed to prevent the cervix from dilating, thereby extending the pregnancy to as close to full term as possible. “By the end of the pregnancy, mom was, of course, quite miserable,” he said. “She needed help to even get up from bed.”

While the mother did an exceptional job following Dr. Gei’s recommendations, even those couldn’t fully prepare her for the strain. “When we added up the weights of all the babies, they totaled 17 pounds,” he says. “This is in addition to the fluid and the placenta. She was carrying quite a large load.”

Fortunately, mother and babies made it home healthy. “The mom is sleep-deprived,” says Dr. Gei, “but they are all doing well.”