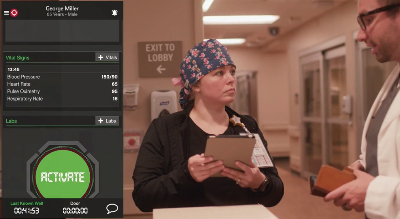 When it comes to medical emergencies, accurate, efficient communication among healthcare providers is essential. From the moment a patient is first seen—whether in a pre-hospital or hospital emergency center setting—a chain of communication is initiated, and any delay or inaccuracy in communication can adversely affect the patient’s outcome.

A study conducted by Joint Commission found 80 percent of serious medical errors were the result of miscommunication between caregivers during patient handovers. Knowing the importance of getting the right information into the right hands at precisely the right time, Memorial Hermann is implementing the Pulsara communication platform across all of its hospital Emergency Centers.

Pulsara simplifies workflows, replaces the radio report and enables EMS to be a connected part of every patient case. EMS can quickly start a case, share important details (like the ECG or images from the field) and receive instant feedback as soon as the case is closed.

Pulsara says that connecting all care team members on the same platform reduces error and speeds treatment times by an average of 30 percent. 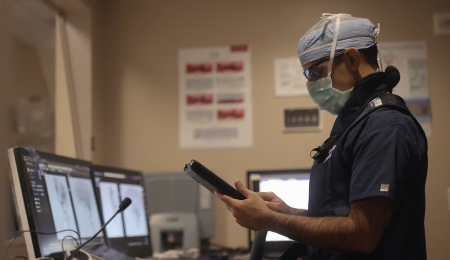 The use of Pulsara was successfully piloted in 2019 at Memorial Hermann The Woodlands Medical Center. Users include the hospital’s EMS partners (those using Pulsara) and the hospital’s ER, trauma, radiology, cath and neuro intervention labs, and cardiac and neurology teams.

Kurt Jensen, radiology manager at Memorial Hermann The Woodlands, says using Pulsara has been beneficial for his team. “We’ll get an alert from EMS that a patient is coming in with a suspected stroke. Even before the patient arrives, we’ll communicate to the ER staff which scanner to take the patient to.”

Pulsara is not the only new communication technology being utilized across Memorial Hermann Health System in the care of emergency patients. As described in this story, Memorial Hermann recently implemented Viz.ai, an artificial intelligence (AI)-driven software platform, to diagnose LVO strokes and expedite treatment.

Jensen says when it comes to stroke patient care, use of the two technologies at Memorial Hermann The Woodlands is complementary. “Pulsara is great for pre-hospital notification, to enable the ER and appropriate teams—including radiology—to prepare for a patient’s arrival. Once a stroke patient’s CT or CT angiogram is automatically uploaded into the Viz.ai system, if the software detects the presence of an LVO, the system immediately sends a simultaneous alert to the smartphone of everyone involved in the patient’s care—including stroke neurologists and interventionalists.”

Memorial Hermann is continuously exploring and investing in new, innovative technologies to support its vision of improving the health of its communities, now and in the future. Pulsara and Viz.ai are two prime examples.