The Fourth Trimester: What to Expect During Baby's First Three Months 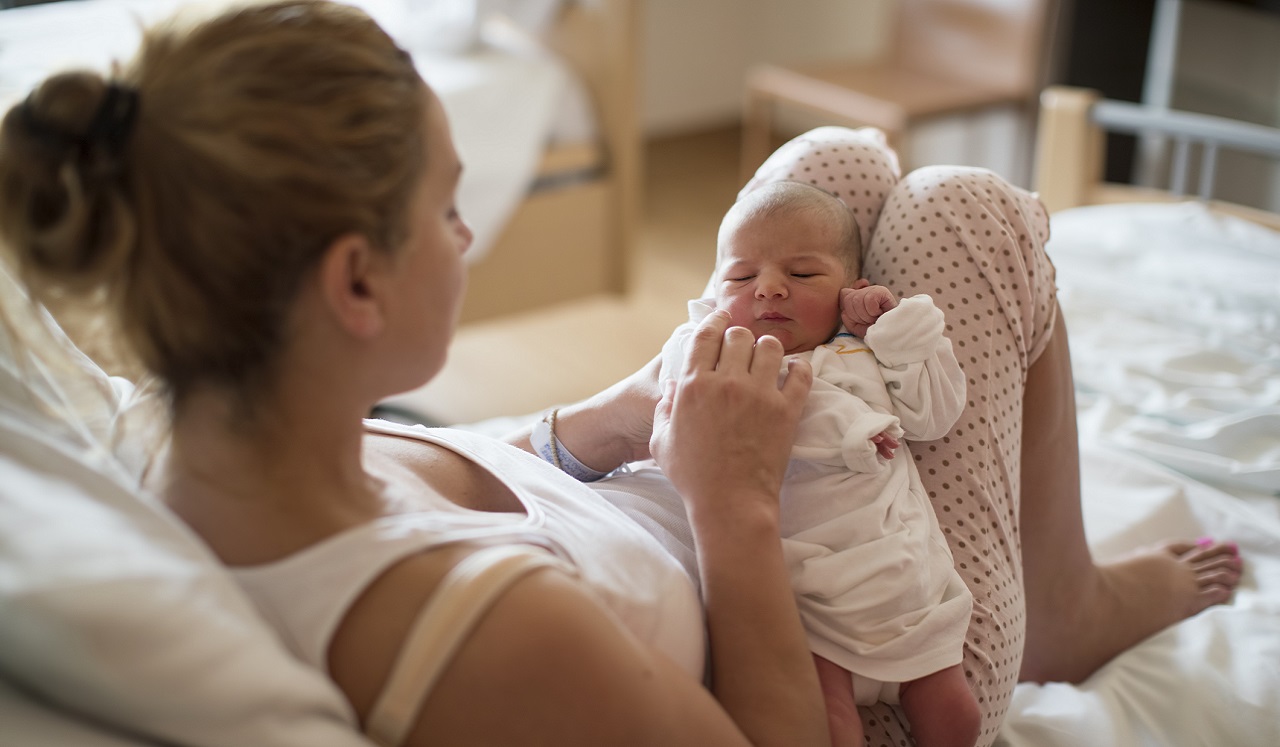 If you thought labor was hard, just wait. For many new parents, the “fourth trimester” is the most trying.

Baby’s first three months are an adjustment for infant and parents alike. None are accustomed to their new world.

Here’s what you need to know about the changes, challenges, milestones and achievements of your new family.

Change is coming. Your newborn will reveal skills. Her early smiles may be spontaneous, but she’ll soon smile consistently at someone familiar – that is, you. She’ll first look at toys or lights, but then her head may follow the faces of those she recognizes. She’ll also start to coo, and around the three-month mark may babble.

“Each baby achieves those milestones at his or her own pace,” Dr. Suhendra says.

Soothe your newborn by recreating his or her first home: Your womb. “Sometimes babies don’t know what they want, so they cry and need comforting,” says Dr. Suhendra.

Dr. Harvey Karp, author of The Happiest Baby on the Block suggests the 5 S technique:

Since newborns incubated in a dark environment, they may feel over stimulated at first by lights and other sounds. “Babies get confused about night and day,” Dr. Suhendra says.

You'll soon be able to translate cries. Crying is how infants communicate when they’re hungry, tired, hot, cold, have gas or reflux, need to change positions or are uncomfortable due to a dirty diaper. “You’ll soon learn the different cries your baby has,” says Dr. Suhendra.

Resist comparing your baby to other babies. “Parents are at the mercy of others who give their take on how babies should behave or be treated, she says.”

Infants may sleep less or be harder to soothe due to reflux, hunger, gas or a milk-protein allergy. “You may be frustrated or feel helpless, but try to have patience,” Dr. Suhendra says. “Babies outgrow that phase, often in the first two months.”

Don't berate yourself. “You have this little being totally dependent on you, demanding your full attention 24/7. At first, if they cry, you worry. If they’re quiet, you’re afraid they’re not breathing, so you’re constantly on edge,” says Dr. Suhendra, a mother of three children, ages 3-11. “The exhaustion gets to anyone eventually. You’re a zombie who’s really in survival mode as you adjust to your baby and new body.”

Release yourself from unrealistic expectations of blissing out or having a perfect baby, body or home. The most vital goal is bonding. “Babies grow and thrive by bonding with their parents,” she says.

If post-partum blues linger for either you or your partner and interfere with closeness you feel for your baby, alert your doctor, who may prescribe antidepressants. Also ask for or accept help from family members and friends who can cook, clean house or simply give you a break.

No one performs at their best when running on empty. Dr. Suhendra says: “People feel a lot of pressure to do it all themselves, but it takes a village.”

Don’t let fear of germs keep you planted in the nursery. “Cabin fever is normal,” she says. Take your infant on a stroll or even out to dinner, ideally after he or she has been fed, changed and has fallen asleep.

Don't waste money on the 'best' baby equipment. And forget about a clean home. “Sometimes parents feel pressured to have the most expensive or showiest items. But they all get destroyed by food stains, vomit stains, other bodily excrement and later, crayons and markers,” she says. “You may not love it, but you learn to live with it.”

Guard yourself against others' judgment. You’re proud of your little one and may post pictures on social media. Just be prepared for others’ comments about what he’s wearing, rocking or snoozing in. “People you don’t even know may try to shame you,” Dr. Suhendra says.

Realize that even if you’re struggling, you are the best advocate and have the best instincts for your child.

Turn to each other. “Our culture expects men to be tough, but fathers can feel helpless. They see their wives are struggling and they may not know how to help,” she says.

Pain doesn't end at delivery. You may bleed during the first six weeks or have leg swelling. Breasts can become inflamed and hurt (known as mastitis), and breastfeeding may hurt or be a struggle as your newborn learns how to latch onto your nipple.

“Some women are blessed with good milk production and may feel they’re milk machines,” Dr. Suhendra says. “Others feel guilt because they cannot produce enough milk – and wish they were milk machines.”

You also may leak urine when you sneeze or cough, though your doctor can teach you exercises known as Kegels, which strengthen the pelvic floor.

Hormonal surges also may last into your fourth trimester. “Any little thing can trigger you to start crying due to hormones,” Dr. Suhendra says. “Many of these are temporary.”

Others may last longer.

Social media feeds unrealistic expectations. Celebs may flaunt flat bellies, but they also may have had tummy tucks or liposuction. “And they may have day and night nannies and trainers,” she adds.

While your stomach will shrink – some – along with your uterus in the first six weeks post-partum, not all weight and pregnancy bulges disappear at childbirth.

Inevitable and sometimes enduring transformations due to weight gain and loss include less firm breasts and flatter feet, necessitating larger shoes. Other changes will be most welcome.

“Be patient. It gets better,” Dr. Suhendra says. “There’s an end to the tunnel, and it’s fun seeing kids grow up and evolve.”

Tips & Tricks To Get Your Baby To Fall—And Stay—Asleep