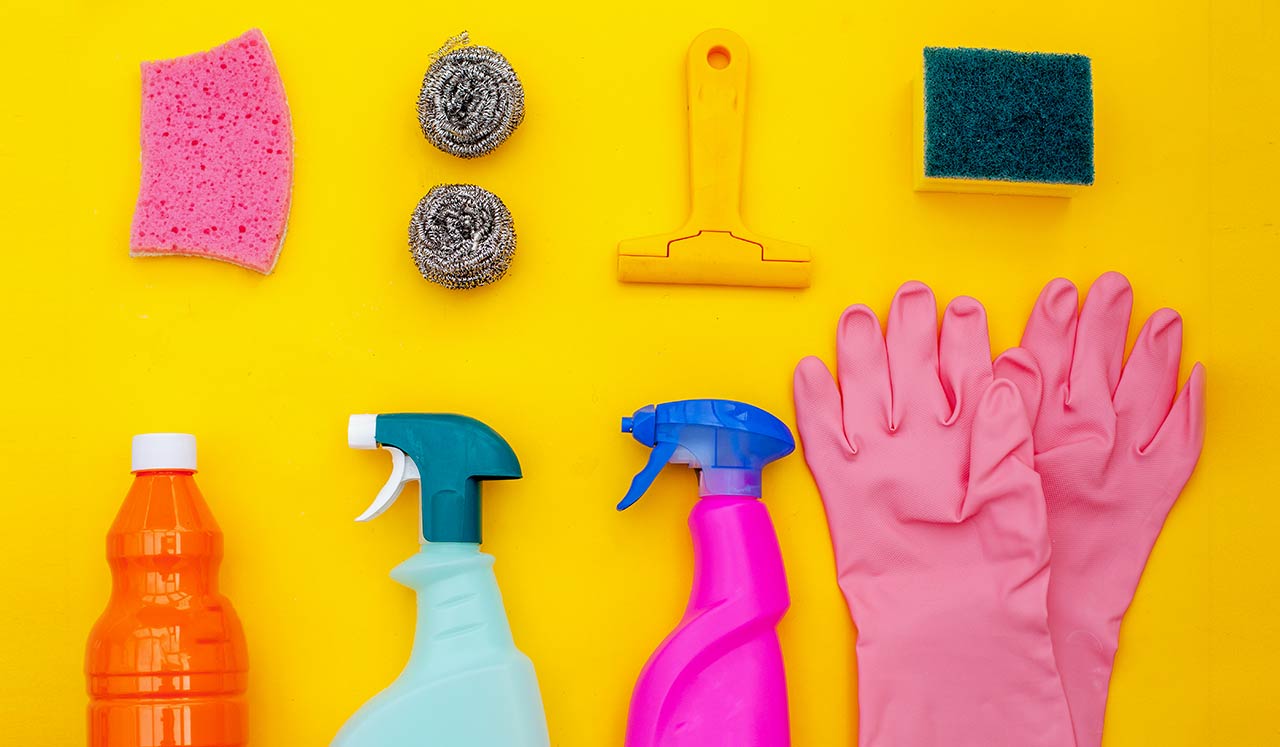 Old World: Our ancestors made their own cosmetics, candles, house cleaners and pesticides.

Future World: Faced with rising rates of disease, we’ll see the wisdom of past generations and try our best to go green.

That quest is daunting, but help is here from Angela Sisk, RN, an Oncology Nurse Navigator at Memorial Hermann Cancer Center – Greater Heights. She’s booted toxic products from her home and replaced them with all-natural versions.

Here are six top offenders – and their alternatives:

Culprit: Those may contain benzyl acetate, ethanol and chloroform, possibly linked to Alzheimer’s, central nervous disorders and Multiple Sclerosis, Sisk says. “It’s surprising how many chemicals are in these products.”

Good to Know: Sisk orders such reusable balls via Amazon. Or look for the EPA’s Safer Choice logo and list of partner products.

Healthy Choice: Use a diffuser filled with water and a few drops of all-natural essential oils.

Good to Know: Benzene can be found in cigarettes and toluene in many nail polishes.

Culprit: Bisphenol-A (BPA), also found in the lining of cans, has been linked to fertility, behavioral issues and faster physical development in girls. “They’re not linked directly to breast and prostate cancer but are possibly linked due to BPAs being endocrine disrupters,” Sisk says.

Snitch: The NTP lists known and suspected carcinogens at https://ntp.niehs.nih.gov/pubhealth/roc/index-1.html.

Healthy Choice: Store foods in glass containers and do not microwave or freeze in plastic.

Snitch: The National Toxicology Program brands benzene and formaldehyde as “known human carcinogens.” So does the International Agency for Research on Cancer. EWG’s Guide to Healthy Cleaning aids consumers.

Healthy Choice: Sisk adds a capful of Young Living Thieves cleaner to a glass spray bottle filled with water. “I use it on everything,” she says. Or buy products identified as EPA Safer Choices (https://www.epa.gov/saferchoice) and/or certified with “Green Seal” or “Ecologo.”

Good to Know: Sisk says to avoid triclosan, ethanolamines, chlorine bleach (sodium hypochlorite) and quarternary ammonium compounds, the last of which are suspected of being linked to birth defects in animals, according to EWG. “Even products advertised as ‘green’ or ‘natural’ may not be,” Sisk says. “There’s a term for making untrue claims: ‘green washing.’ Do your own research and read labels.”

Culprit: These bug killers also are found on the surface of fresh produce.

Healthy Choice: In addition to better known Citronella, Sisk recommends crushed lavender petals, Neem Oil and Diatomaceous Earth. She prefers organic fruits and vegetables, and recommends soaking all produce in water with a tablespoon of baking soda for two minutes or longer before consuming.

Good to Know: The EPA screens chemical repellents for carcinogenic risk at https://www.epa.gov/pesticide-science-and-assessing-pesticide-risks/evaluating-pesticides-carcinogenic-potential.

Culprit: This material is banned in the European Union and Japan. Still, PVC is found in shower curtains, garden hoses, toys and credit cards. It expels phthalates, again possibly linked to infertility and cancer.

Healthy Choice: Look for non-toxic PVC versions. Shower curtains can be made of hemp, linen, birch and organic cotton.

Good to Know: Pacifier and rattle makers agreed to heed the CPSC’s request to remove two phthalates in 1998.

“Keep in mind that just because a substance has been designated – or suspected -- as a carcinogen does not mean it will cause cancer,” Sisk says. “Many factors influence whether a person exposed to a carcinogen will develop cancer, including the amount and duration of exposure and the individual’s genetic background.”

How to "Kondo" Your Kitchen