Tips for Keeping Your Produce Fresh 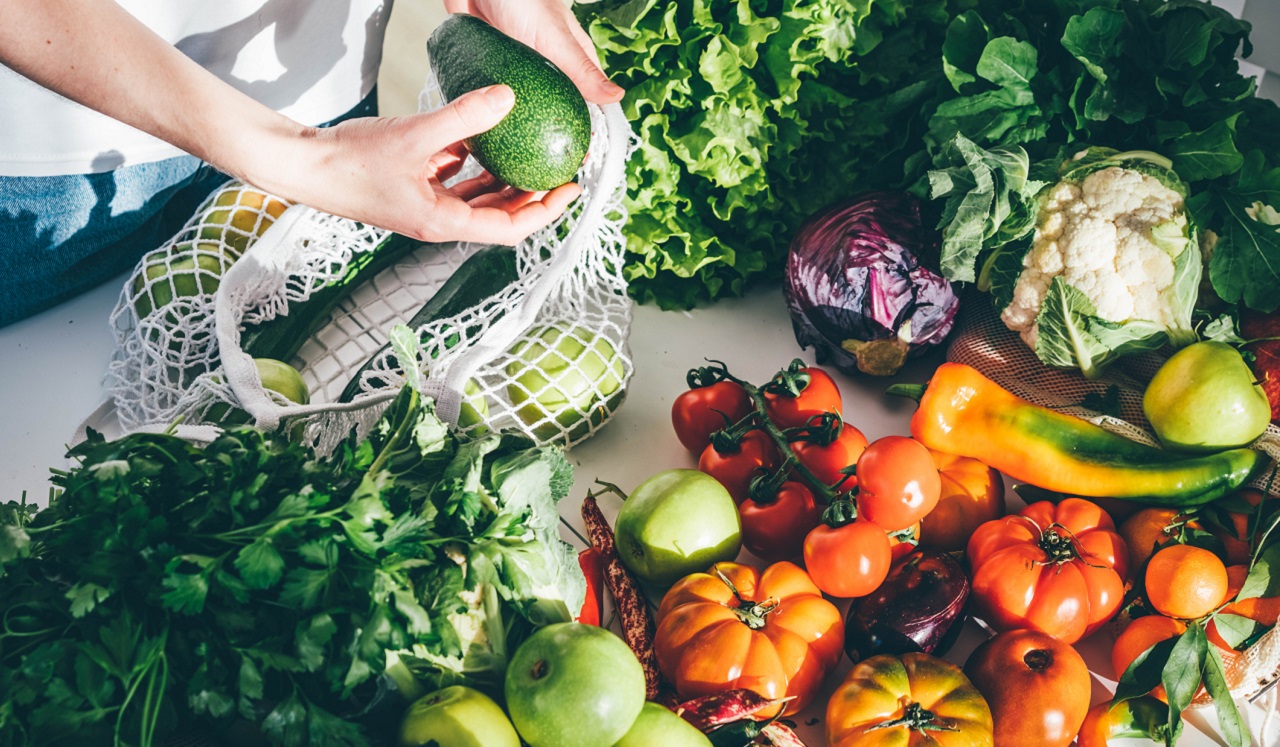 To be healthier, you’ve decided to eat more fruits and veggies.

So, you fill your cart with produce, pat yourself on the back, head home and watch your lettuce wilt and apples go mushy as your bananas get badly blemished.

It turns out that different types of produce need varying care.

Here are Wagner’s top nine principles to prolong the life of your produce.

One: Keep Some Apart. Not everyone gets along.

In the case of fruit, you should try to keep those which spew the gas ethylene apart from each other and those whose spoiling they speed.

Surprise! You’d think bananas like to hang together, she says, “But if you disconnect them, they can last longer.”

Three: Give Time-Outs. Let some fruits and vegetables mature at their own rate. You can leave them on the counter until they ripen.

Then refrigerate them to stall their development. “They could look ugly but stay at the same ripeness,” Wagner says.

Those include tomatoes, citrus, pitted fruit such as peaches and plums —and bananas. Yes, even they are fine in the fridge.

To rush ripening, take advantage of nature’s chemistry. You can put fruit and an ethylene producer in a paper bag on the counter.

Four: Nurture Those Who Need It. “Place fresh herbs in a jar half-filled with water before refrigerating. They’ll stay hydrated and fresh longer—in the fridge,” she says.

If lettuce from a farmer’s market comes with its roots, keep them attached and wrapped in a wet paper towel.

Refrigerated lettuce in a plastic container—with a damp paper towel added—will last longer. But if lettuce comes in a bag, remove it or it will go limp faster.

Non-perforated plastic bags can hasten spoilage—with an exception, Wagner says. “Apples that are bought in a bag are fine left like that in the fridge.”

Five: Heed the Clues. Berries and mushrooms come in containers with holes for a reason. They need air.

“Lots of people wash berries when they get home, but the extra moisture makes fruit mold faster,” Wagner says.

“Mushrooms and berries should be kept in their containers, which absorb moisture, with the holes drying via airflow. That keeps them from getting moldy as quickly.”

Six: Don't Get Too Rough With Them. “Save scrub brushes for sturdy vegetables like carrots and potatoes,” she says. Cucumbers are not up to the task.

Also wash all produce when used—even thick-skinned bananas and citrus, to avoid dirt getting inside when you cut them open.

Seven: Some Produce Prefers to Be Alone. Sequester winter squash and root vegetables, including potatoes, onions and garlic, in the pantry. They prefer the dark before being served.

Eight: Don't Give Up On Them Too Soon. You may be able to freeze less seemly fruits and greens, like spinach, chard and kale, to use later in smoothies. You also can carve a few bad spots out of apples, bananas or potatoes.

To reduce food waste, Wagner washes then freezes berries, cauliflower and failing greens, such as spinach, chard and kale, for smoothies. “Cauliflower is pretty tasteless in a smoothie.”

Fruit can be put in a freezer bag (which is sturdier and more airtight than typical baggies). Or you can place sliced fruit on a cookie tray and freeze it, then store it in an airtight container.

Vegetables should be blanched—that is, boiled for a few minutes, then doused in ice water before freezing. “This maintains the color and stops ripening,” Wagner says. “Then lay them flat and put them in an airtight container to freeze.”

But produce loses moisture in the freezer, so it’s best when cooked after it’s defrosted, she says.

Frozen arugula, spinach or heartier greens can be thrown into spaghetti sauces, soups, stews or curries. You also can stretch a can of soup into a few meals—and adjust the saltiness—by adding frozen broccoli, green beans and other vegetables.

Once they lose their looks—but still are healthy—greens, onions, mushrooms and potatoes can be chopped up and added to omelets, quiche, stir fries and casseroles. Frozen bell peppers can be sauteed, along with diced onions and tomatoes for breakfast tacos or scrambled eggs.

Avocadoes also can be frozen. “Stick the whole thing in the freezer,” Wagner says. “When ready to use it, run it under warm water and it will peel easily. Then mash it up for guacamole and smoothies.”

Nine: There Comes a Time to Give Up.

If a single berry has mold, pitch it. “But if many are moldy, you’ve got to get rid of them all,” she says. “Mold spores spread in the air, and if you eat something that’s moldy you could get sick.”

Saving tomatoes may not be worth the effort. “Frozen tomato skins are tough, Wagner says. “So, you have to remove the skin before freezing them, which is labor intensive.”