I'm a Dietitian. Here's What I Eat in a Day 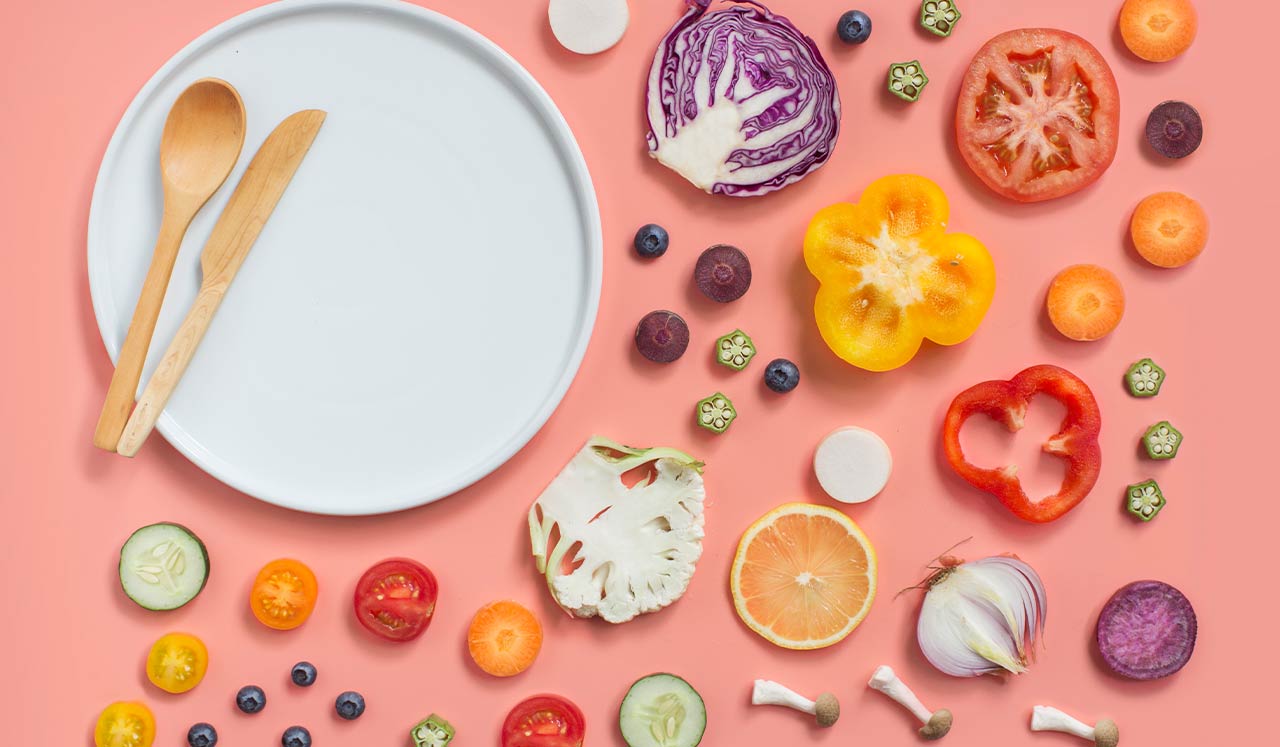 Dietitians are human, too. Like the rest of us, they sometimes succumb to temptation.

Johnson ‘fesses up to a day in her diet. We’re happy to report that while it’s inspiring, it’s also obtainable.

Other Days: She might have a low-fat mozzarella string cheese and fruit instead.

Confessions: “I’m not big on breakfast, but it makes me less likely to overeat later.”

What She Ate: Salad with romaine lettuce, grilled chicken, tomatoe, walnuts, onion, light Ranch dressing from the salad bar and bean salad from the “southwest bar.”

What She Drank: 32 ounces of water.

Other Days: “I might have a boiled egg or fish instead of chicken,” she says. “I always have some carbohydrates – maybe a small amount of corn, peas, lentils, chickpeas or mashed potatoes – because if I just eat salad and protein, I’m starving a few hours later.”

Confessions: “I wanted to eat a giant M&M cookie (250 calories) from the cafeteria but knew I was tracking so decided against it!” she says. “I also sat at a table with dietitians who are all trying, like me, to do better. We may talk with patients about healthy eating, but we live in an environment where we’re bombarded with high fat and high sugar.”

Fill half your plate with fruit and vegetables, which are filling but low in calories. If you’re trying to lose weight, write down what you eat. Like Johnson, you’ll be less likely to indulge. A week or two of tracking via apps such as My FitnessPal, LoseIt and MyNetDiary can reveal your food foibles. “You then can keep temptations out of your house, or at least out of sight,” says Johnson, who also relies on a mind game. “Telling myself ‘no’ doesn’t work as well as saying ‘yes – just not now.’ I’ll hold off for two days, and if I still crave it, I’ll plan for it.”

What She Drank: 32 ounces of water.

Other Days: Grapes and string cheese, or hummus and veggies, sometimes while driving.

Confessions: “If you’re starving on the way home, have healthy snacks in your car, maybe almonds or sliced apple. When you get home, you’ll be able to make better decisions.”

Prepare, measure and pre-pack snacks weekly so you won’t be tempted to binge. You also will feel fuller longer if you add protein to fruit or veggies. And don’t forget exercise: Johnson hiked her energy level with a 40-minute walk. She works out four times weekly.

What She Ate: Chicken stir fry (a 3-4 oz chicken breast and 1 cup of frozen veggies). Accompanied with 1/3-1/2 cup brown rice (less than fist-sized) and a drizzle of Sriracha, a Thai hot sauce, for that savory zing she loves (350 calories). Dessert: A whole grapefruit (104 calories).

What She Drank: 8 ounces of water.

Other Days: She adapts family and “The Pioneer Woman” recipes, using chicken or lean protein instead of sausage in gumbo. “I halve the dairy and double the veggies in recipes.”

Confessions: If she had her druthers, she’d be eating Mexican or Cajun. “My weaknesses are savory, not sweet: enchiladas, chips and queso.”

She uses small plates rather than dinner plates, so she’s less likely to overeat. You also can limit portions by asking your butcher to pre-cut meat or fish to 3- to 4-ounce servings.

Battle of the Proteins: Plant vs. Animal