Why Your Scale Won't Budge: What You Need to Know About Your Thyroid and Weight 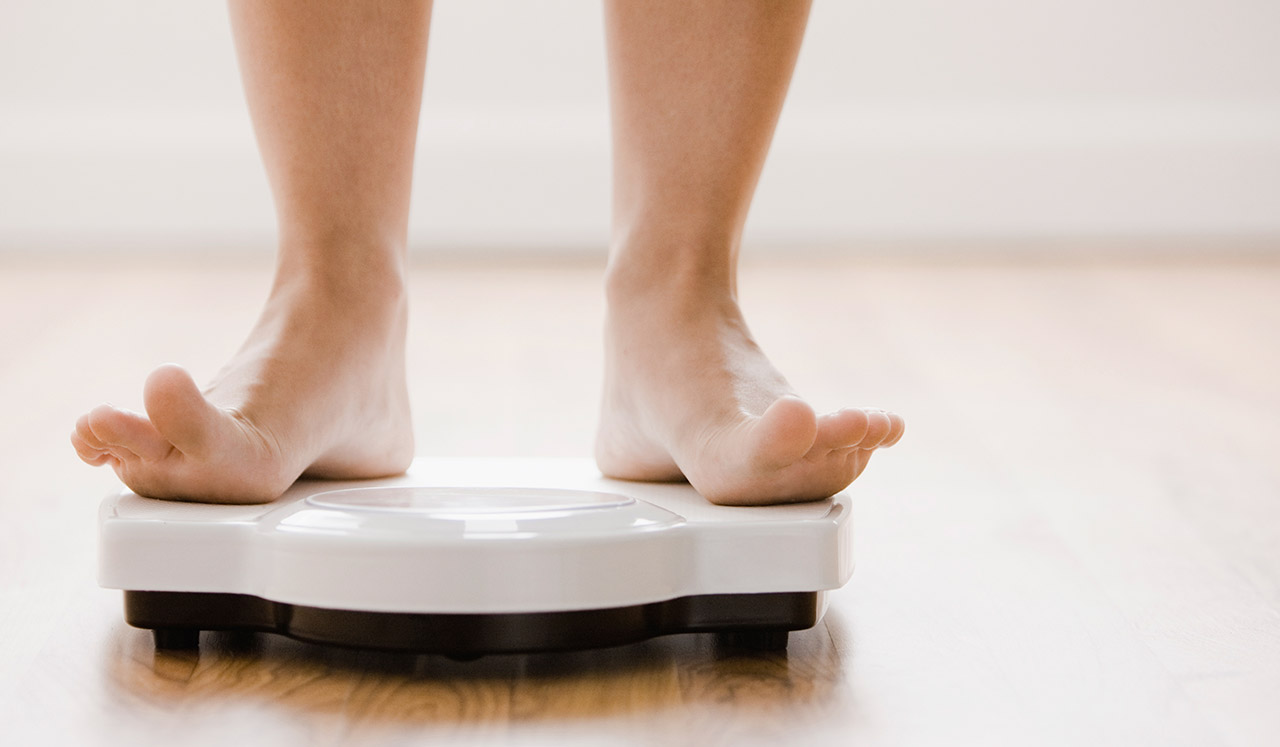 Having sudden weight gain, thinning hair, forgetfulness, constipation or ceaseless fatigue? You – and your doctors - may pin it on aging.

But in reality, a tiny gland in your neck may be reaping havoc, from brain to bowels.

Shaped like a butterfly and weighing under an ounce, the thyroid gland plays a surprisingly supersized role in your metabolism, appetite, heartrate and body temperature.

A simple blood test can determine if a thyroid is over or underactive. Yet, up to 60 percent of malfunctioning thyroids are undiagnosed, says the American Thyroid Association. Vague symptoms such as insomnia, depression or a racing heart– also could be attributed to many ailments, such as mono(nucleosis), a form of the Epstein-Barr virus (EBV).

Diagnosed or not, about 20 million Americans have some form of thyroid disease, with women five to eight times more likely than men to suffer.

What It Is: An underactive thyroid fails to produce hormones.

When: “Prevalence rises with age, but it can come on at any time, even at birth,” Dr. Nicklas says.

Causes: The thyroid simply slows or ceases production of hormones thyroxine (T-4) or triiodothyronine (T-3). The most common cause is a genetic autoimmune disease called Hashimoto’s thyroiditis that may inflame the gland chronically, causing the body to mistake the thyroid as an intruder and wage war against it.

Diagnosis: Blood tests measure TSH, the thyroid-stimulating hormone directingthe thyroid gland on how much T-4 and T-3 hormone to make. “That test usually is enough, but doctors also may check your T-4 and T-3 levels,” Dr. Nicklas says.

Treatment: Doctors can replace the missing hormone with levothyroxine, a synthetic version that comes as pills or liquid gel capsules (Tirosint). The same dose is taken at the same time daily on an empty stomach, generally in the morning. Calcium, antacids and iron supplements impede absorption, so they should not be taken within four hours of the levothyroxine.

Surprise: Alas, a restored metabolism doesn’t guarantee weight loss. And your dose will be fine-tuned: “More isn’t necessarily better,” Too much of a good thing is not better,” Dr. Nicklas says. Instead, you may develop anxiety, irregular heartbeat or brittle bones because of too much thyroid hormone.

What It Is: Your thyroid is indeed hyper, cranking out too much metabolism-regulating hormone.

When: An overactive thyroid can come at any age.

Symptoms: Common are weight loss, anxiety, sweating, clamminess, insomnia, diarrhea and increased appetite. Also possible are tiny tremors in hands or an irregular or rapid heartbeat (tachycardia) of 100 beats a minute or more. Like the artificial version, too much thyroid hormone can make your bones brittle or weak (osteoporosis). Generally, the higher your hormone levels, the greater the symptoms. “Hyperthyroidism has significant side effects, so I’d recommend treatment,” Dr. Nicklas says.

Diagnosis: In addition to a TSH blood test, your doctor can check your neck for a knob on the thyroid. “These nodules can be as small as a pea or as large as a golf ball,” Dr. Nicklas says.

Treatment: Doctors may slow down thyroid production with a drug called thionamide, radioactive iodine therapy (a cure that may not have its full effect for up to six months) or removal of the gland (an immediate and permanent solution). If the gland is destroyed by radioactive iodine or taken out, patients will need a synthetic substitute to replace lost hormones. “Surgery can be a good option but is invasive and may lead to hoarseness or low calcium, causing muscle cramps or numbness, although the risks are very low with an experienced surgeon,” he says.

Surprise: Beta blockers taken for high blood pressure may obscure symptoms. And despite a boosted metabolism, not everyone with the disorder loses weight, since appetite also rises.