A Deeper Dive: Beyond the Landmark TOTAL Trial 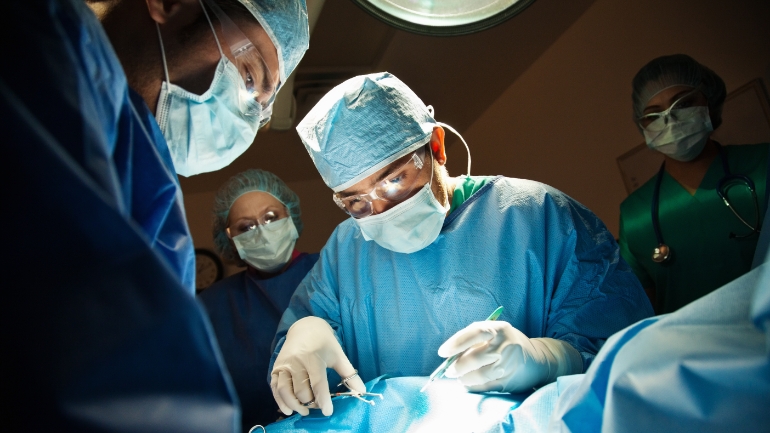 Sign up to receive the latest podcasts, physician-to-physician articles and videos in your inbox.

Thank you for signing up!

An estimated 1 in every 3,600 babies in the United States is born with congenital diaphragmatic hernia (CDH), a birth defect characterized by an absent or partially formed diaphragm through which organs from the abdomen (intestines, stomach, liver) can move into the baby’s chest during pregnancy, crowding the baby’s heart and lungs. This crowding can prevent the baby’s lungs from developing completely, potentially causing severe pulmonary hypoplasia and other serious complications at birth and throughout childhood.

The Fetal Center at Children’s Memorial Hermann Hospital, affiliated with McGovern Medical School at UTHealth Houston, is a national referral center for children born with CDH, providing a continuum of care and resources, from fetal diagnosis through infancy, childhood and into adulthood. Based on risk-adjusted data, Children’s Memorial Hermann Hospital’s CDH postnatal outcomes rank in the top 10 percent or higher worldwide.

In an ongoing effort to provide optimal care for CDH patients, The Fetal Center has been offering fetoscopic endoluminal tracheal occlusion (FETO) for the prenatal treatment of CDH through UTHealth Houston’s participation in the Tracheal Occlusion To Accelerate Lung Growth (TOTAL) Trial, an international, controlled multicenter study led by Jan Deprest, MD, PhD, professor of obstetrics and gynaecology at the University Hospitals Leuven in Belgium. FETO intervention involves percutaneous fetoscopy, positioning of an endoluminal balloon at 27 to 30 weeks and, whenever possible, elective removal of the balloon at 34 to 35 weeks.

The trial was conducted to compare FETO with expectant care among women carrying singleton fetuses with isolated severe CDH on the left side. The study concluded that the use of FETO in fetuses with severe CDH resulted in increased survival to hospital discharge, a benefit sustained to 6 months of age, but carried an increased risk of preterm, prelabor rupture of membranes and preterm birth.

The Fetal Center was one of only 10 U.S. fetal centers granted FDA and institutional approval to offer FETO intervention and the only fetal center in the U.S. to participate in both arms of the TOTAL Trial.

Anthony Johnson, DO, professor of obstetrics, gynecology, and reproductive sciences at McGovern Medical School and co-director of The Fetal Center, worked closely with Professor Deprest to lead the process of bringing the trial to the U.S., enrolling and managing these patients, and co-authoring the publication of trial results in the New England Journal of Medicine.

Here, Advance takes a deeper dive into the implications of the results and explores what’s next.

Dr. Johnson: We’re actually reanalyzing the data to try to better understand that. We suspect that the reason we didn't see any benefit in the moderate group had to do with the fact that we did the procedures later (at later gestational age, after 30 weeks). We suspect that had we done the moderate group at the same gestational age (as the severe group), would probably have seen a similar benefit. And that's what the reanalysis is suggesting.

Advance: Did all surviving babies with CDH, whether in the FETO or expectant group, undergo surgical intervention after birth to repair the hernia and to move organs into their proper positions?

Dr. Johnson: Yes, they all went underwent intervention, with the severity of the defect determining the type of surgery. In the moderate group, the anticipation was that the defect wasn't as big. That's why the lung volume was better. Therefore, they underwent a primary repair, meaning that surgeons just basically pulled the diaphragm back, sewed it over and closed it. Whereas in the severe group, surgeons had to put a patch in of some sort.

Advance: When is FETO indicated and contraindicated?

Dr. Johnson: FETO is indicated in cases of severe CDH on the left side. We're looking at whether or not we should also be offering this on the right side. There may be some benefit there as well. We just don't know. And there's some data that suggests that FETO may be beneficial, not just in survival, but also in reducing the severity of pulmonary hypertension, which is a significant morbidity factor for these babies.

With regard to liver position, it's hard to argue with the outcomes in the U.S. population that doing a FETO in a case with a baby whose liver is not herniated into the chest is going to have any benefit. It just doesn't seem to hold water. The liver's got to be up in that regard.

With regard to certain conditions, including obesity and the presence of uterine fibroids, that's really going to be center dependent, determined on a case-by-case basis. It's a relative risk. Let’s say a woman is 6 feet tall and weighs 300 pounds, but of the 300 pounds, a significant portion of it is in the lower part of her body. You can get easy access to the uterus. It's going to depend on the access to the uterus. Same thing with fibroids; it's a relative risk. It's something that you would look at. It's not an absolute contraindication.

Advance: The study also showed FETO increased the risks of preterm, prelabor rupture of membranes and preterm birth. How should referring physicians and their patients view the risks versus benefits of FETO?

Dr. Johnson: Any time you put a device in the uterus, you increase the risk for premature ruptured membranes. Whether it's FETO, twin-to-twin transfusion syndrome, whether we're going after amniotic bands, fetoscopic repair of spina bifida – all of those factors increase premature ruptured membrane. There is some research underway looking at creating scaffolds that might help, if you will, fix the flat and improve that, but it’s still in research.

Advance: What did you learn from the study to help improve FETO outcomes, including to minimize preterm, prelabor membrane rupture and preterm births?

Dr. Johnson: One of the things that can be beneficial in helping to minimize the preterm delivery and premature ruptured membranes is the technique for balloon removal. So, instead of going in with a fetoscope, we’re looking at puncturing the balloon with a needle percutaneously. But it takes skill and chutzpah. You're coming into that baby's trachea, and on the left and on the right are the carotid arteries. Not to mention, you’ve got to minimize maternal risk and also the risk for premature ruptured membranes and preterm delivery.

Right now, researchers in Europe are looking at a new device that has a magnet in it. Once the device is in, you can get the patient near an MRI device that will actually allow the device to open and then spontaneously deflate.

With regard to optimizing outcomes, there were some differences amongst the centers, especially in the U.S., as to how patients were managed afterwards. Some of the centers adapted protocols that many of us said we should consider because of their outcomes, their gestation deliveries. Some were more aggressive with amnio reduction. These babies tend to have increased amniotic fluid because they don't swallow well because their stomach's in their chest, so they have hydramnios. Also, using medications early on for tocolysis to keep the uterus quiet, and hospitalizing them earlier.

Advance: What did the study reveal about the importance of FETO being performed by a center with extensive experience in fetoscopy/FETO?

Dr. Johnson: Experience and volumes matter, as does a multidisciplinary approach. You can't do it without an experienced postnatal team. You cannot run a fetal program without a strong pediatric program and a strong pediatric surgery program. It's got to be a continuum. And that is one of the advantages we have at Children’s Memorial Hermann. We have a long-standing history. We were the first ECMO program in the state. We are in the top 10% internationally with regard to our outcomes. We rarely say no to taking on a case. We will take on the hardest of the hard. That's an advantage.

Advance: As a maternal-fetal medicine specialist who specializes in fetoscopic-based in utero procedures, including FETO, what would you say to other MFMs whose patients have been diagnosed with CDH?

Dr. Johnson: When you see a diaphragmatic hernia, even in the most severe form, make the patient aware that there is an intervention that might help the survival and outcome for the baby. But they need to be referred to be evaluated.

Again, when you only see something that happens one in 2,000 or 2,500 pregnancies, you may not see a lot of those. Having the patient referred to a center that sees volume can help the patient better understand what it is that they want to do.

The Fetal Center continues to offer the FETO intervention procedure to patients diagnosed with a severe CDH who qualify. Refer a patient to The Fetal Center. 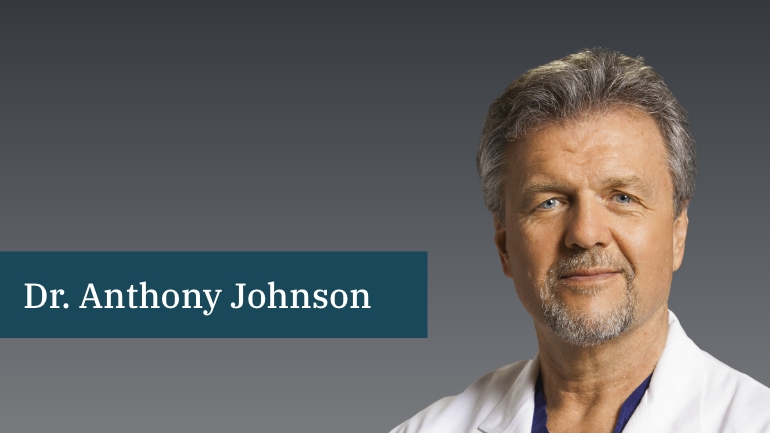 After a decade of work, the Tracheal Occlusion To Accelerate Lung Growth (TOTAL) Trial was… 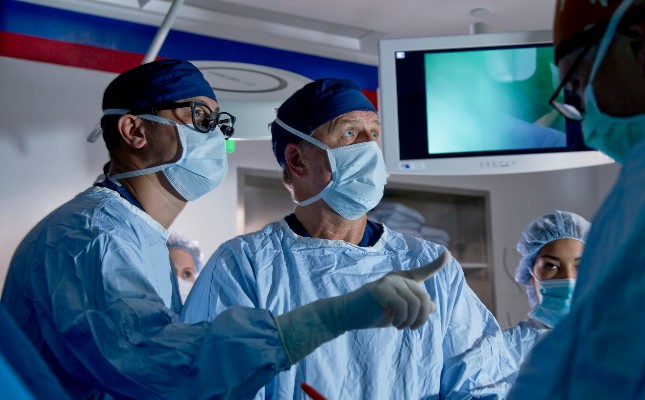 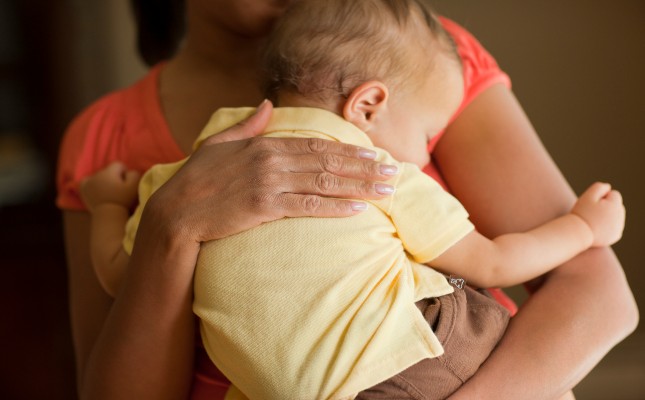