What You Should Know About Baby-Led Weaning 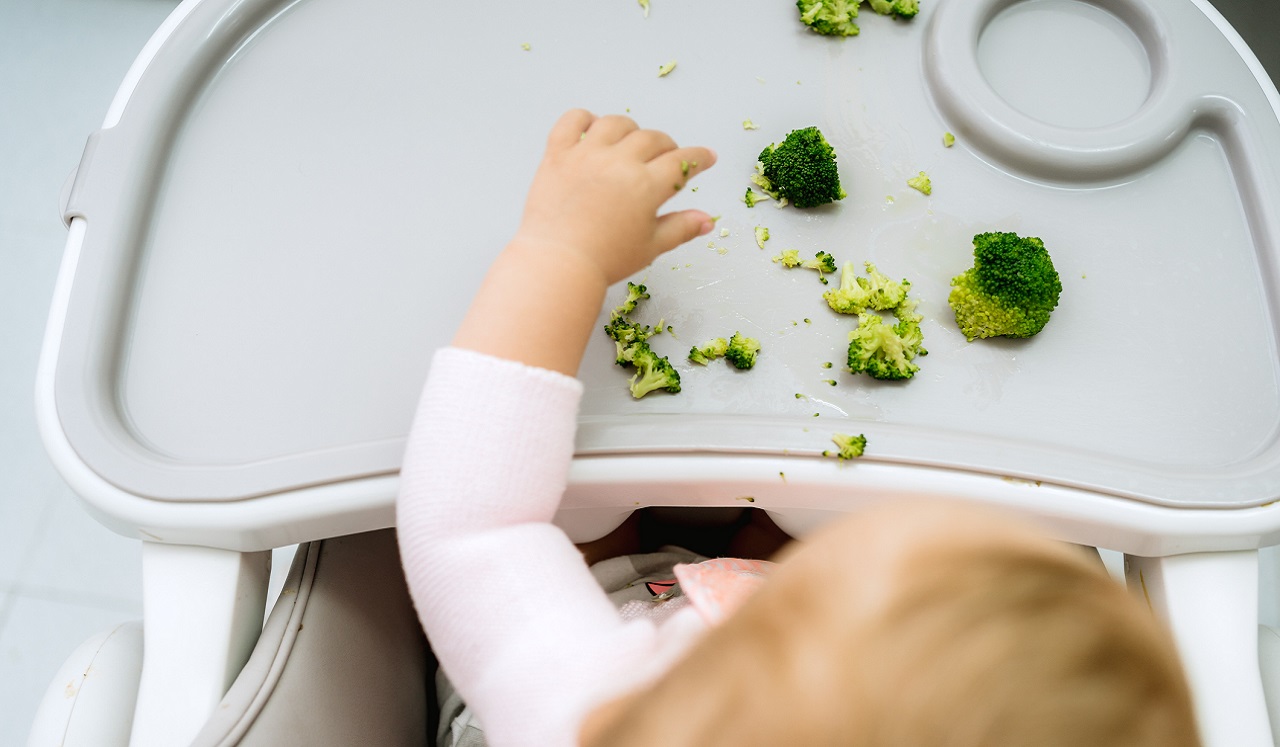 Letting baby be boss at mealtime is a newly popular trend referred to as baby-led weaning (BLW).

While breast milk or formula remain the diet staples, some parents are choosing to allow their infants to pick up and feed themselves at about 6 months of age. The menu for baby-led weaning is tiny slivers of boiled, steamed, sautéed and softened fruits and vegetables.

“From a health standpoint, there’s no difference between letting them feed themselves versus spoon-feeding them,” says Mehul Patel, MD, FAAP, pediatrician at Children’s Memorial Hermann Pediatrics in West University. “They’re still getting fruits and vegetables.”

Here’s what you need to know:

Once they try, they won't go back

After little ones start holding food and feeding themselves, they may resist your spoon.

“Most babies prefer to feed themselves,” Dr. Patel says. “Eating becomes like a game, and food is a toy. Some may not allow you to feed them a puree once they start feeding themselves, unless they really enjoy the taste of the food you’re offering.”

“Typically, you need to wait until babies are 6 months old to give them solids, because until then, they naturally push food out with their tongues, known as tongue-thrust reflex,” he says.

That’s also why the same age is suggested for spoon-feeding.

Whether or not your baby begins self-feeding solids, or you spoon-feed them puree, the main staples of their diet will be breast milk or formula until they fully transition to solids, usually at a year old.

Postpone solids until your infant can chew, sit in a high chair and keep his or her head up unassisted. As with other skills, your baby may have his or her own timetable.

Begin with soft foods your little one can easily mash with his or her gums, since most don’t have teeth at this age. These include bananas, strawberries, other berries, baked apples and chopped grapes. Avocado, steamed broccoli, carrots and sweet potato also are ideal.

Avoid acidic foods such as oranges, pineapple and raw mango that’s close to the pit. “These can be irritating to the skin in your baby’s mouth,” Dr. Patel says.

Boiled or sauteed fruits and vegetables that children can pick up with their palms also need to be small enough for them to swallow without choking. That’s why it’s vital to have one or two flat surfaces on each piece of food, he says. “Round food could slip down the trachea, causing your infant to choke. You’ll need to slice berries and avoid hard or sticky foods.”

Within a month or two, your little one will be able to use his or her fingers and not just palms to pick up food.

The pros to BLW

The major advantage is that when they’re feeding themselves, little ones become more comfortable with textures, aroma and chewing, which makes it easier for you when you introduce meat and other solids after their teeth come in at 9 to 11 months of age, Dr. Patel says.

“They also gain fine motor skills—chewing and hand-eye coordination—because they’re picking up food with their own fingers and putting it in their mouth themselves.”

If you’re spoon-feeding, you also can give them the spoon to move to their mouth.

The cons to BLW

“They’ll probably do just a few bites before they’re done, unlike if you give them puree. Then they will eat more,” Dr. Patel says.

That’s why he recommends that if you offer solids, start twice a day, first between breakfast and lunch and then between lunch and dinner.

“You’re going to have food everywhere—in hair, on clothes, hands, even on the walls,” he says.

Not only do you have to clean up surfaces, but also your little one. So you need to factor in time for baths and preparing food—and not just one fruit or vegetable.

“Purees tend to incorporate a variety of foods,” Dr. Patel says. “With baby-led weaning, you need to give your baby as much variety as you can, so they don’t get the same taste over and over. That would make them picky eaters.”

If your baby doesn’t like a food, first try another food with the same texture—to see if texture is the issue, not taste. If it is indeed taste, skip a day and then offer it again, Dr. Patel says. “Try three to four times before you decide he or she doesn’t like it.”

Living a Healthy Life, During and After COVID-19