What Do New Breast Cancer Guidelines Mean for You?

The recommendations suggested by the U.S. Preventive Services Task Force (USPSTF) have called breast cancer screening guidelines into question and have sparked debate and disagreement among breast health experts. What does it all mean for you?

The American Cancer Society (ACS), the American College of Radiology (ACR) and the World Health Organization (WHO) strongly disagree with the suggested new guidelines.

The ACS stands behind its recommendation that women who are at average risk for breast cancer should have yearly mammography beginning at age 40. The ACR considers the new guidelines a reversal of progress.

A spokeswoman for the USPSTF said that the suggested guidelines are part of the task force's standard review of all preventive health topics that occurs every five years, and they are the result of a careful analysis of benefits and risks. For instance, early detection and reduced breast cancer deaths were compared with false-positive results, which can cause anxiety and require more testing.

How Can You Make Sense of the News? 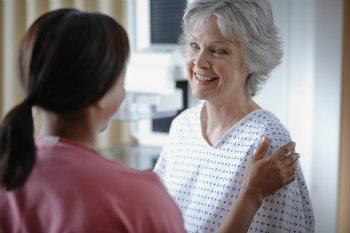 While the debate rages on among experts, here's what you need to know about breast cancer screenings:

Mammograms are is the only screening proven to decrease mortality. Mammograms are an important tool for detecting breast cancer at an early stage when the treatment outcomes are most favorable for the patient.

But the benefits and limitations of mammography vary based on factors like age and breast density. These will be different in high-risk patients. Women should talk with their doctor about their personal risk factors before making a decision about when to start getting mammograms or how often they should get them.

While the USPSTF does not recommend breast self-exams, the ACS says they are an option for women ages 20 and older as a means of familiarizing themselves with their breasts so that they can notice changes more easily. Talking with your doctor about the benefits and limitations can help you decide if you should start performing these self-exams.

Beginning on January 1, 2012, a state law (known as Henda's Law requires that all patients who undergo a mammogram will be provided with the following information:

If your mammogram demonstrates that you have dense breast tissue, which could hide abnormalities, and you have other risk factors for breast cancer that have been identified, you might benefit from supplemental screening tests that may be suggested by your ordering physician.

To learn more about your personal risk factors for breast cancer or when or how often to get mammograms, schedule an appointment with your primary care physician or ob/gyn. Use ScheduleNow or call (713) 222-2273 for a referral to a doctor.

What is a mammogram? At what age should you start breast screening? These questions and more are answered here.

Learn how to request a copy of your results for imaging performed at a Memorial Hermann Imaging or Breast Care location.