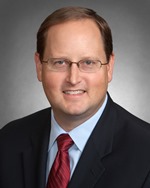 Kerr will remain with Memorial Hermann and assist in the leadership transition until his retirement takes effect in July.

“Memorial Hermann Southwest has provided exceptional care to the residents of southwest Houston for 40 years and it’s been a true honor and a deep privilege to be able to serve as CEO during a time of tremendous growth on our Campus,” says Kerr. “After 33 years in healthcare I’m humbled for the opportunity to retire and am looking forward to spending more quality time with my wife.”

Memorial Hermann Southwest is currently on a journey towards earning Level II trauma verification from the American College of Surgeons. Since last summer the hospital has added a Neuro Intensive Care Unit and also a new hybrid operating room dedicated to the treatment of advanced neurosurgery and trauma patients. As part of the verification process, Memorial Hermann Southwest will begin operating as a Level II trauma center later this spring.

“This an exciting opportunity as there is already a great deal of synergy among Memorial Hermann Southwest and Memorial Hermann Sugar Land and a strong commitment to provide the residents of southwest Harris and Fort Bend Counties with safe, high quality care,” said Haralson. “I’m looking forward to building on the strong foundation of collaboration that has already been established between the two Campuses.”

ng Memorial Hermann in 2012. Under Haralson’s leadership, Memorial Hermann Sugar Land recently became the first Houston area healthcare organization and only the 21st in the country to be awarded the Malcolm Baldrige National Quality Award. This prestigious award is the nation’s highest Presidential honor for performance excellence.

In addition, Haralson has overseen tremendous growth on the Memorial Hermann Sugar Land campus including the recent opening of a new six-story, 155,000 square-foot patient tower. The hospital has been named among the top 100 hospitals by Truven Health Analytics three times as well as being listed among the “100 great community hospitals,” according the Becker’s Hospital Review.

Haralson is active in the community serving on several local boards including Child Advocates of Fort Bend and the Greater Fort Bend Economic Development Corporation. He also serves at the state level as a member of the Texas Hospital Association’s political action committee (HOSPAC) Board and the Council on Policy Development and is a fellow in the American College of Healthcare Executives. He resides in Sugar Land with his wife and two children.