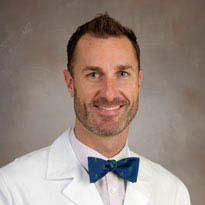 Matthew Greives, MD, pediatric plastic surgeon with Children’s Memorial Hermann Hospital and Assistant Professor of Pediatric Plastic and Craniofacial Surgery at McGovern Medical School at UTHealth, and Alex Loessin, Vice President of Communications and Liaison to the President and CEO at Memorial Hermann Health System, have both been named to the Houston Business Journal’s 40 Under 40 class of 2018.

The prestigious award annually recognizes 40 of the greater Houston area’s best up-and-coming professionals under the age of 40. Honorees have to be nominated and are chosen by judges based on leadership, overcoming challenges and community involvement. There were nearly 500 nominees for the award this year, according to the Houston Business Journal.

Dr. Greives, 38, treats children with cleft lip and palate as part of the Texas Cleft-Craniofacial Clinic, which has treated thousands of children in the Houston area. Dr. Greives, who joined the cleft-craniofacial team in 2014, established the vascular anomalies team to help provide comprehensive care to children with vascular tumors or malformations.

“I am very excited to have been selected for the 2018 Houston Business Journal 40 under 40 award along with so many other talented individuals in the Houston community,” said Dr. Greives. “I love what I do every day and this is a great opportunity to share with the city the fantastic work that our Texas Cleft-Craniofacial team does for children with cleft lip and palate. I am grateful for this award and hope to continue working to better the lives of our patients in the Houston region for many years to come.”

In addition, he has completed several mission trips to provide cleft lip and palate surgeries to children around the world who otherwise wouldn’t be able to receive such high-level medical care.

“Dr. Greives has transformed the lives of countless children, not only in Houston, but across the world, boosting their confidence and bringing smiles to their faces, sometimes for the first time in their young lives,” said Susan Distefano, CEO of Children’s Memorial Hermann Hospital.

Loessin, 36, was also selected for the honor after serving for 13 years at Memorial Hermann, where she worked her way up from communications representative to her current role overseeing communications for the entire system and serving as a trusted advisor to the president and CEO. During her tenure, Loessin has helped elevate Memorial Hermann’s brand and reputation by using local, national and international platforms, including the creation of a nationally televised docudrama series called Life Flight: Trauma Center Houston, to showcase the lifesaving work performed every day by employees and affiliated physicians.

“I’m so honored and humbled to be included among such an impressive and talented group of individuals who have accomplished remarkable feats to make Houston a better place to live for everyone,” Loessin said. “I’m so grateful to the many people – family, friends and colleagues -- who have motivated, encouraged and inspired me over the years to give back to others and serve my organization and community with compassion and heart.”

In addition to her professional accomplishments, Loessin has strived to help others, including serving on the founding committee of Women Leaders of Memorial Hermann, which is dedicated to empowering women to grow their leadership roles, and co-chairing Memorial Hermann’s United Way campaign, where she led efforts to raise a record-breaking $1 million.

“Not only has Alex gone above and beyond to help the organization achieve recognition as a leader in the healthcare industry, she has also served as a true inspiration to other aspiring female leaders through Women Leaders of Memorial Hermann,” said Deborah Gordon, Memorial Hermann’s Executive Vice President, Chief Legal Officer and Chief Administrative Officer. “Never content with the status quo, Alex always goes out of her way to motivate and lift up others.”

All 40 Under 40 honorees were recently honored at a special event held by the Houston Business Journal.