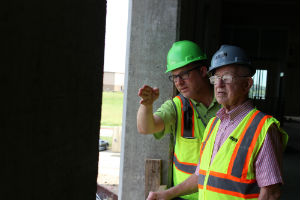 Mayor Reid has watched the hospital go up from the very start and says he feels a sense of pride seeing the growth in Pearland. “The hospital is very impressive,” said Mayor Reid. “Pearland is becoming a medically oriented community and it’s always good to have the top players, like Memorial Hermann, in your community.”

Pearland remains the fastest-growing community in the Greater Houston area, the second in Texas and 15th overall in the U.S. The population in Pearland has more than doubled since 2011 with more than 100,000 residents and forecasted growth of nearly 50,000 additional residents by 2040 – underscoring the demand for closer-to-home access to quality medical care.