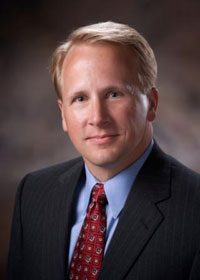 "Keith is a seasoned health care executive and a proven leader of both non-profit and proprietary hospitals and systems," said Chuck Stokes, chief operating officer for the Memorial Hermann System. "His background as both a hospital CEO and COO, as well as his experience with multi-facility operations, uniquely qualifies him to lead in the construction, growth and operations of this expanding and strategically critical campus."

"This is an integral time of growth for Houston and the Memorial City campus. Houston is rapidly expanding into the suburbs and it's important to provide access to quality medical care close to home," said Alexander. "I'm committed to continuing the growth of our campus and providing our community with medical center-quality services closer to where they live. In the near future, Memorial Hermann Memorial City Medical Center will offer a depth and breadth of clinical services unmatched at typical suburban hospitals."

In addition to the award-winning Heart and Vascular Institute located at Memorial Hermann Memorial City, other centers of excellence include the Bobetta Lindig Breast Center, a new Women's Center, a Cancer Center, an Imaging Center, an expanded Emergency Center and renowned bariatrics and sports medicine programs.

Alexander has been with Memorial Hermann Healthcare System since 2007. Prior to his current role, Alexander served as the chief operations officer at Memorial Hermann Memorial City Medical Center overseeing all operational activities, including construction, growth and operation of the expanding campus. He also served as chief executive officer of Memorial Hermann Northeast Hospital.

A native of Youngstown, Ohio, Alexander attended Ohio State University where he earned a Bachelor of Science in biology and a Master of Health Administration. Among his achievements, Alexander was named as one of America's "Up 'N Comers" by Modern Healthcare magazine in 1998.

Alexander is married with two children. He enjoys spending time with his family, golfing, snow skiing, mountain biking and hiking.