Children’s Memorial Hermann Hospital’s NICU Receives Official Level IV Status, One of Only Four in the State to Achieve the Elite Distinction 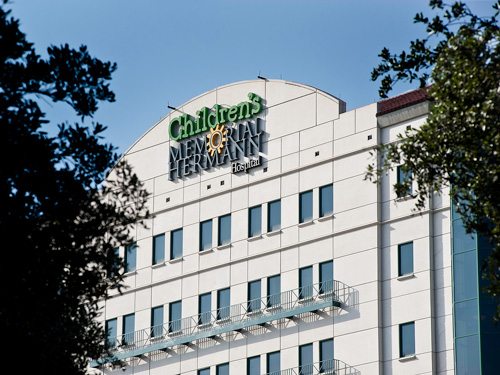 Children’s Memorial Hermann Hospital is proud to announce that it has received official designation from the Texas Department of State Health Services (DSHS) as one of only four Level IV Neonatal Intensive Care Units (NICU) in the state, a distinguished accreditation bestowed only upon programs capable of treating the most critically ill neonatal babies, according to DSHS.

The distinction, which applies to each of the hospital’s 118 NICU beds, is the most advanced recognition available and further cements Children’s Memorial Hermann Hospital’s reputation as one of the most trusted providers nationwide of around-the-clock high-tech intensive care services for premature infants and other newborns requiring specialized and personalized treatment for a range of conditions and complications. Through its academic partnership with McGovern Medical School at UTHealth, the NICU’s multidisciplinary team of affiliated doctors, nurses and other health care professionals is specially equipped to offer integrated and comprehensive care plans as well as pioneering research aimed at improving the treatment for all neonates.

Children’s Memorial Hermann Hospital was a pilot site chosen to participate in this inaugural program to verify neonatal care programs throughout the state. The review marks the first phase of a law passed in 2013 requiring a formal and official designation process for all neonatal and maternal care sites across Texas by 2018.

“We are honored to be able to partner with the state of Texas to ensure that our youngest and most fragile patients have access to the highest-quality care in their greatest times of need,” said Susie Distefano, Senior Vice President and CEO of Children’s Memorial Hermann Hospital. “This formal designation underscores our longstanding commitment to families across the Greater Houston area that we stand ready to provide compassionate, patient-centered, leading-edge care with the best possible outcomes.”

The designation was achieved following an extensive on-site survey by the American Academy of Pediatrics that included an in-depth review of the program’s policies, procedures, guidelines, quality assurance programs and certain medical records. In addition, a panel of highly trained neonatologists and neonatal nurses from the American Academy of Pediatrics NICU Verification Program also toured the facility and conducted interviews with affiliated doctors, staff and patient families to gain a more thorough understanding of the NICU’s capabilities.

To gain the official Level IV designation, Children’s Memorial Hermann Hospital’s NICU had to meet a range of stringent standards, including having a highly skilled staff and trained pediatric medical and surgical specialists able to treat the most complex cases, the capability to perform an emergency cesarean delivery within 30 minutes and a certified lactation consultant available at all times, among other requirements.

Surveyors made note of several exceptional areas of medical practices, including robust collaboration between nursing leadership and the NICU medical team, an outstanding quality program built upon national benchmarks with team-based interventions and measured improvement, as well as strong family-centered care and excellent breastfeeding support.

“Our program is built upon our dedication to treat each and every one of our patients as if they were our own, and this distinction from the state recognizes that,” said Dr. Amir Khan, Medical Director of Children’s Memorial Hermann Hospital NICU and Administrative Director of Neonatology at McGovern Medical School. “As one of the only officially designated Level IV NICUs in the state, it’s an honor to be able to serve the children and families across our community with care that is tailored just for them.”