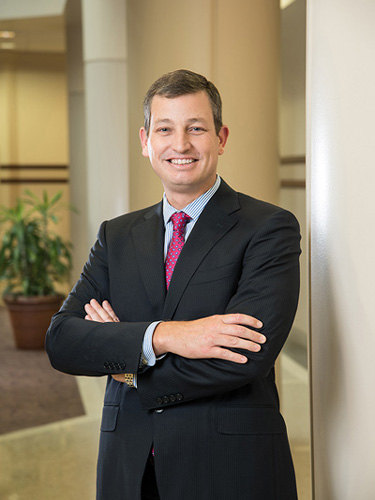 “Brian is a strong leader who has a great passion for people and a special talent for directing operations, ensuring financial success and advancing the health of our community,” said Cordola. “We look forward to continuing to deliver the high quality care for which we are known to the patients and families of the Greater Houston area with Brian at the helm of our flagship facility.”

As CFO for Memorial Hermann-TMC, a role he has held for the past two years, Dean optimized financial outcomes and improved overall productivity for the Campus. Under Dean’s leadership, the hospital has encouraged clinical innovation by investing in world-class programs through the medical staff, nurses, support staff and facilities. And now, Dean will steer the ongoing strategic vision and plans for the Campus as it continues to grow, renovate, expand and improve through the $650 million Breaking New Ground project that launched in May.

“I am humbled and honored to have this opportunity to lead such a wonderful team of world-class clinicians and staff at Memorial Hermann-TMC that, for nearly a century, has set new standards of care in Texas and across the nation,” said Dean. “As I assume this new role, my focus will center on building upon the incredible foundation Craig established in his many years at the TMC. Having served at a number of academic medical centers over the course of my career, I can honestly say that the qualities this Campus possesses, through our partnership with UTHealth Medical School, are remarkably unique. With a shared sense of purpose and a culture of collaboration, the team here works tirelessly every day to provide our patients and families with the best, safest and most advanced care available, and I am grateful for the opportunity to be part of such an organization.”

Prior to joining Memorial Hermann, Dean held leadership roles at healthcare systems across the South, including: Jackson Health System in Miami, where he was Senior Vice President of Finance and also served as CEO of their Health Plan; University Community Health in Tampa; and the University of Kentucky Chandler Medical Center in Lexington. He was named one of the South Florida Business Journal’s “Power Leaders in Health Care” in 2012, and he is currently a member of several organizations including the American College of Healthcare Executives. Dean earned his Bachelor of Health Science and Master of Public Health in Health Administration, both from the University of Kentucky, and later received his Master of Business Administration from the University of Miami.