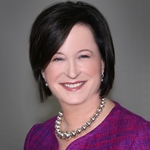 Currently the Vice President of Donor Relations at the United Way of Greater Houston, Neeson will lead the Memorial Hermann Foundation’s fundraising and planned giving programs – among other initiatives – with the goal of supporting Memorial Hermann’s legacy of world-class patient care, research and education.

“Anne’s passion for the community makes her a wonderful match for Memorial Hermann,” said Dr. Benjamin K. Chu, President & CEO Memorial Hermann. “Our pledge is to advance health in the communities we serve and the Memorial Hermann Foundation is an integral component of that process. Anne’s familiarity with our System, the local community and her extensive relationships, will allow her to build on the already strong donor support for the mission of Memorial Hermann.”

A native Houstonian, Neeson has enjoyed a 30-year career at United Way of Greater Houston, working her way up from a campaign associate to become the organization’s Vice President of Donor Relations. During the journey, Neeson realized a notably distinguished record as a development executive raising more than $1.5 billion, while creating or co-creating innovative donor groups that expanded and advanced the United Way’s fundraising initiatives. Among her accomplishments are:

“I’m so pleased and excited to join such a respected and forward-thinking health system as Memorial Hermann,” said Neeson. “This feels like a homecoming of sorts for me because Memorial Hermann has been one of the strongest United Way partners for more than a decade. I am looking forward to working with the Foundation Board and donors who have supported Memorial Hermann for years. This System has a wonderful story to tell potential donors interested in supporting its great mission; I’m looking forward to telling it.”

Neeson holds a bachelor's degree from Texas A&M University. Among her affiliations and awards, Neeson is member of the United Way’s Alexis de Tocqueville Society and the Association of Fundraising Professionals. She has been cited as one of the city’s 50 Most Influential Women by Houston Women’s Magazine, selected as a Woman on the Move by Texas Executive Women and is currently a fellow in the American Leadership Forum Class XXXVII. She is also a Eucharistic Minister at All Saints Catholic Church.