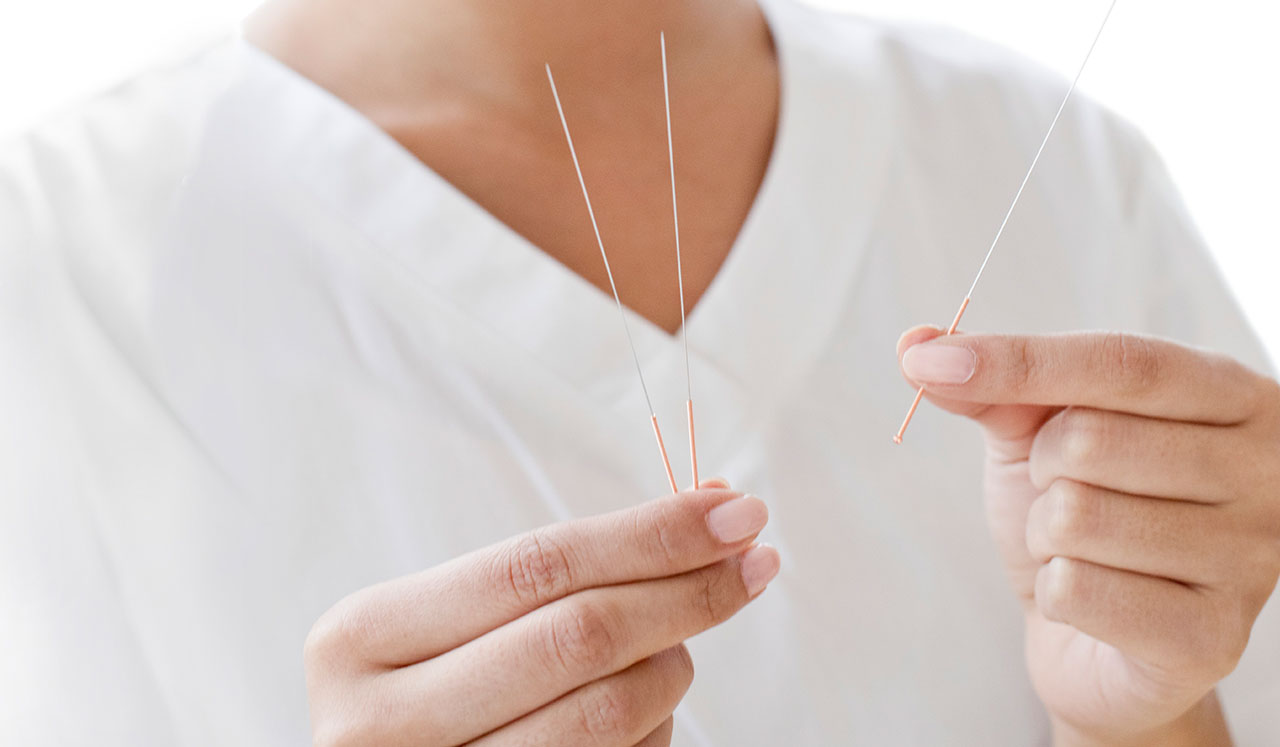 Have you noticed cupping circles on Gwyneth Paltrow’s back? Or heard an NFL linebacker brag about dry needling? Is everyone in your gym sporting “tape” during their workouts? These trendy treatments aren’t just for athletes, actors or naturalists anymore. In fact, they are alternatives to surgery and pain medications that anyone can try. “These fads have gone mainstream,” says Chris Juneau, PT, sports residency site coordinator at Memorial Hermann | Rockets Sports Medicine Institute.

Here’s the 411 so you can decide for yourself if these techniques are fit to be tried.

What is it?: Small plastic or glass cups are placed on the body, where suction boosts blood flow and lifts skin, calming inflammation and speeding pain recovery, Juneau says. Typically, cups remain in place for 5-15 minutes.

Help or Hype?: Benefits of cupping are hard to measure, but patients report improved mobility, pain relief and enhanced athletic performance. According to Juneau, any claim that it extracts toxins has not been supported by evidence.

Best For: Back and shoulders, or anywhere you’d use a foam roller.

DIY: No! Juneau suggests foam rollers instead. “They don’t have identical results but are more readily available and can be done on your own without a license or certification,” he says.

Warnings: Only see a licensed therapist with experience in dry cupping. “Too much suction can damage skin and blood vessels,” he warns. “And avoid wet cupping altogether: It’s a form of blood-letting that’s more risky.”

What is it?: Slender needles are inserted in areas of musculoskeletal pain to remedy pain and tightness while improving range of motion. No medicine is injected, thus the term “dry.” Needles remain 5-10 minutes, and electrical current can amp up relief.

Help or Hype?: Juneau is a big believer in dry needling, which goes straight to the clenched muscle or irritated tissue for prompt relief and better mobility. But “I rarely apply needling (or cupping) alone,” he says. “I use it in conjunction with movement, strengthening and other traditional physical interventions.”

Best For: Headaches and deep or hard-to-reach musculoskeletal pain – anywhere you’d get a massage.

Origins: Dry needling has been around since the 1940s, but its Far Eastern ancestor – acupuncture – has needled for centuries. With different needle placements and benefits, acupuncturists put pins along chi or energy meridians to treat conditions other than pain.

Fan Club: Pittsburgh Steelers linebacker James Harrison and Tennessee Titans and Washington Redskins players have been needled. Though Juneau doesn’t stick-and-tell, some local athletes have been pricked as well.

Warnings: Go only to a licensed physical therapist or trained professional in this method. Refuse treatment if the therapist fails to: clean the area of pain, use needles directly from a sterile packet or wear surgical gloves. Untrained application of this technique could cause seriously harm, including punctured lungs and damaged nerves.

What is it?: Super-sticky strips of boldly-hued, highly elastic tape “create a skin blanket to warm and compress sore or tight muscles, tendons and ligaments, without limiting range of motion,” Juneau says.

Help or Hype?: Kinesiology tape has been shown to relieve pain, but also may work merely as a placebo, confidence booster or color-coordinated badge of honor, flaunting the wearer as someone pushing their body to its limits. Like cupping and needling, tape is on the healing spectrum. “They’re all part of the soft-tissue therapy cookbook - recipes to manage pain,” Juneau says.

Origins: It’s widely reported that Japanese chiropractor Kenzo Kase created such strips in the 1970s. Colors first indicated elasticity or intensity levels, much like rubber exercise bands. “Now all colors are the same,” Juneau says. “If red makes you run faster, get red.”

Fan Club: Olympic volleyball player Kerri Walsh Jennings has been seen taped up to heal an injured shoulder. She also wore it on her lower back during pregnancy. Olympic swimmer Haley Anderson and marathon runners also are hip to strips.

DIY: Yes. Ten or so brands exist, sold at sporting goods stores and some drugstores. “The brand doesn’t matter, but application does,” Juneau says. “Leave strips on for fewer than 48 hours. Eight to 10 hours should be enough.”

Warnings: The only danger is leaving tape on too long: The adhesive may irritate and redden skin, Juneau says. “Like any other pain treatment, if you’re applying it daily and you’ve had no improvement, it might be worth seeking medical advice.”