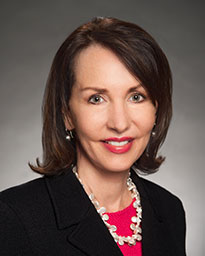 "After conducting a thorough national search, we are delighted that Susie will soon take the helm as CEO of Children's Memorial Hermann," said Cordola. "Her strong leadership, commitment to clinical excellence and extensive experience in healthcare administration will translate into exceptional experiences for our patients and employees."

As CEO, Distefano will lead the operations of Children's Memorial Hermann Hospital and Women's Services, as well as ensure the continued growth of children's services throughout the nine hospitals in the Memorial Hermann System. In addition to this role, she also will continue to serve as assistant clinical professor at The University of Texas School of Nursing and Texas Woman's University.

"I am eager to join the Memorial Hermann family and work to further enhance the healthcare system's outstanding national reputation," said Distefano. "Having begun my nursing career with Memorial Hermann three decades ago, it is a privilege for me to again play a role in ensuring the best possible outcomes for our region's youngest patients."

Distefano previously served Memorial Hermann in a variety of positions including Neonatal Transport Nurse on the LifeFlight® Transport team and Nurse Manager of the Neonatal Intensive Care Unit.

Most recently, she was Senior Vice President of Patient Care Services and Chief Nursing Officer at Texas Children's Hospital, where she held executive and budgetary responsibility for clinical services.

Among her many achievements, Distefano received the prestigious President's Award and "Nurse of the Year" designation from the Texas Nurses Association and the Distinguished Alumni award from The University of Texas Health Science Center at Houston (UTHealth) Medical School.

Distefano earned a bachelors degree in nursing from The University of Texas at Austin and a master of science degree in nursing from UTHealth Nursing School. She is board certified in Nursing Administration, Advanced by the American Nurses Credentialing Center. She serves on the board of directors of the National Association of Children's Hospitals (NACHRI), as well as on the boards of non-profits DePelchin Children's Center and The Joy School.