My son, Pierce, was 10 months old the day I had brain surgery. I kissed him and my husband goodbye knowing there was a chance I could come out drastically different.

I’ve experienced migraines throughout my life. I powered through, but after Pierce was born, my symptoms started to intensify. I had episodes where I felt dazed and confused, followed by a rush of anxiety.

A gynecologist dismissed my symptoms as postpartum depression, exhaustion and hormones. I wanted to believe him, but that diagnosis didn’t seem right to me.

I thought of my own mom, Laurianna. We both carry the CCM2 gene, which causes spontaneous masses of abnormal blood vessels on the brain and spine.

She had a stroke at age 21 and has had many seizures since. In her 50s she suffered a major hemorrhagic stroke in her brain stem and had to relearn how to walk.

While I was still being told my experiences were related to postpartum depression, my mom and I knew that was not the case. She said I needed a neurology appointment. As usual, she was right, but I didn’t want her to be.

"This experience is just a moment of my life. It’s not the all-encompassing part." Sarah Lopez, Survivor

It all came to a head while I was out on a run. I had a seizure and collapsed on the sidewalk.

A subsequent appointment and MRI showed a mass in my brain with a black pocket underneath. It was bleeding.

I was referred to Dr. Yoshua Esquenazi, MD, a neurosurgeon with UTHealth Neurosciences who attends at Memorial Hermann-TMC. As soon as he got the MRI scans, he phoned and told me to come in. Now.

That morning I was hallucinating. I saw a man in my kitchen, then smelled oranges.

As soon as I arrived at Dr. Esquenazi’s office, I said, “I have some stuff to tell you.”

He was calm and understanding as I told him what had been happening. His composure was reassuring. He explained to me that I had a mass in my brain causing seizures and other problems—and the mass had to come out.

Thankfully, I could lean on my husband, my parents and my sister.

My mom and I had always been close. And as a new mom with so much at stake, I could relate to her, and her own CCM2 journey, a lot more.

I knew I had to have the operation. I wanted to live a healthy, happy life. I wanted to be there for my family. That’s what truly mattered. 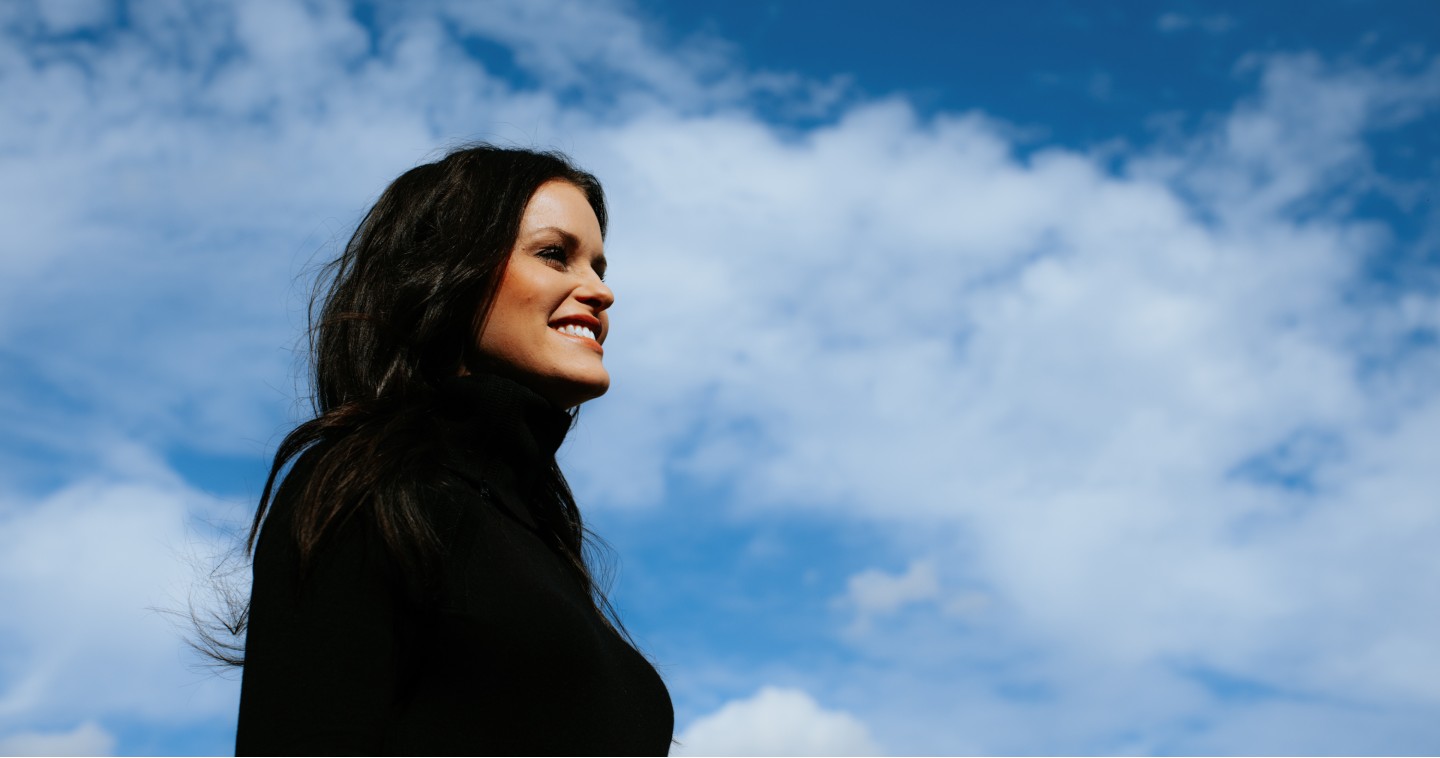 The surgery and the scar

Because the mass was situated on my brain’s memory bank, there was a possibility I could come out of surgery drastically different. There was a chance I wouldn’t even remember my family.

My last memory before the surgery was a gentle anesthesiologist leaning over me, saying, “We’re going to take care of you.” I told him, “I have a son,” and it all went black.

I woke up from surgery, my head was wrapped with bandages, and Dr. Esquenazi was there.

Only I would make fun of a craniotomy. “But it’s cute, right?” I asked him, so grateful to be alive, and apparently myself.

This brilliant and caring man rolled his eyes and said, “How did I end up with you?”

Surprisingly, my hair was still there when he removed the bandages. Dr. Esquenazi had prepped me himself. He shaved carefully, to reveal just the spot he would need to cut.

Seeing the skinny, question mark-shaped scar from my temple to the back of my ear made me the most emotional I’d ever been. I still cry thinking about it. I picked the best physician, not just because he was a skilled surgeon but because he really listened—and cared. He saved me.

Back—and for the better

My recovery took many months. Two close friends came to take care of me—one from Michigan and one from California. That allowed me to breastfeed and focus on Pierce.

I loved when a sense of normalcy returned. I could take care of my family and hold my son. My daughter Penelope was born on April 24, 2020, and just like running, I hit my stride again. I was back.

I’ve changed as a person for the better. Acknowledging my mortality has made me softer and more appreciative for the amazing blessings I have in my life.

I’ve focused on motherhood since Pierce was born, but I hope to get back into the medical field once he and Penelope are both in school. To remain competitive, I’m getting a master’s degree from Michigan State University, which I chose for its healthcare management program.

I have two new masses in my brain, and that’s something I’ll have to deal with. I want my children to know what’s going on, but not be fearful. This is me; it’s just how I am.

And I want them to know that this experience is just a moment of my life. It’s not the all-encompassing part.