Casual vs Excessive Drinking: How Much is Too Much? 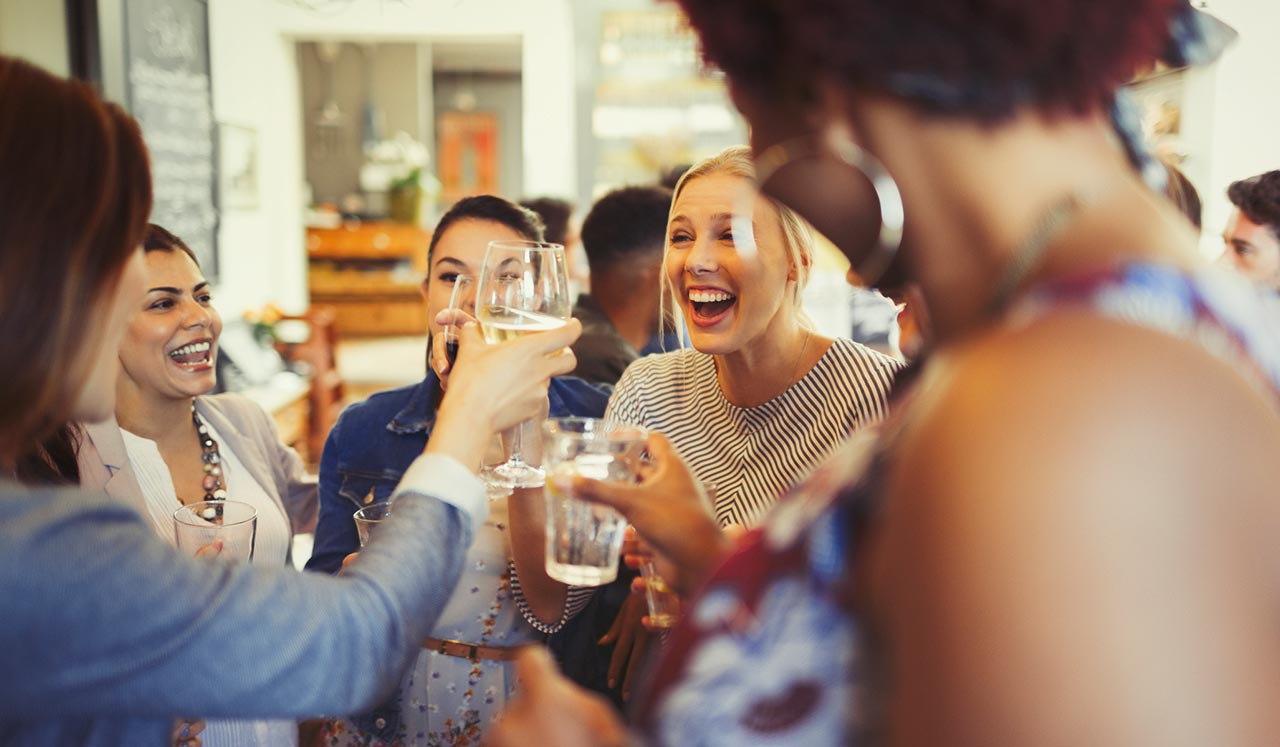 “I need a drink!” That’s a common refrain after a stressful day—whether you heed the need or not.

A glass of wine or a beer can certainly take the edge off for those who can drink with restraint, says Dr. Mike Leath, medical director at Memorial Hermann Prevention and Recovery Center (PaRC). It’s also a way to socialize or celebrate – if done responsibly.

But even light drinkers face health issues–sometimes fueled by these excuses:

The National Institutes of Health reports 35% of people don’t drink at all, 37% indulge with low-risk drinking and 19% with raised risk of heavy drinking or alcoholism.

The maximum for “casual” (or low-risk) drinking before breaching excessive (or high-risk) is four drinks on one occasion or 14 drinks weekly for men and three drinks at once or seven weekly for women. The disparity is due to weight. Pound for pound, women have less body fluid, thus their blood alcohol concentration is higher.

But nine percent of drinkers exceed both daily and weekly limits. How much is a single drink? It’s not a huge snifter or even the supersized wine glass you may be offered at a friend’s home.

A beer serving is 12 ounces. A brandy, whisky or other 80-proof hard liquor is a jigger of 1.5 ounces. And wine? Use your measuring cup to see how much one 5 ounce serving of wine really is. You’ll likely be surprised.

If you’ve toasted studies proclaiming drinking is healthy, you might want to set down your glass.

Yes, cardiovascular disease–including heart attacks, strokes and sudden cardiac deaths--drops by 25 to 40% in those who stop at a glass or two. That’s because moderate drinking boosts HDL, or healthy cholesterol, and keeps blood from clotting abnormally.

“But there’s a reason doctors never tell you to start drinking if you’re not,” Dr. Leath says. “The overall risks outweigh the benefits.”

One in 10 who ever drink will develop alcohol-use disorders. Excess drinking also hikes risk of cancers of the mouth, throat, esophagus, breast, liver, stomach and colon.

Over time drinking may erode your immune system and cause pancreatitis, or inflammation that may swell blood vessels in the pancreas, causing blood pressure to plummet and organs to fail. It also may scar the liver to the point you need a transplant as did heavy drinker “Dallas” actor Larry Hagman at 64.

As for the benefits, doctors also may revisit the issue after a recent New York Times article suggests some significant studies may have been sponsored by alcohol brands themselves.

Actually, getting “wasted” is an apt description. “When alcohol is taken to excess, it can impair our decision-making and motor function,” Dr. Leath says. “If you do things you wouldn’t do if you weren’t drinking–like unsafe sex or riding a motorcycle–that’s problematic.”

If you’re drinking socially, your pals may have equally cloudy judgment.

In the first two years after high school graduation, one in five youths have ridden with an alcohol-impaired driver, reports the National Institutes of Health in a study in this month’s Journal of Studies on Alcohol and Drugs.

Your heart is mainly muscle and, like your other muscles, loses its efficiency when you’re blitzed. Your heart may become irregular and your blood pressure may spike. Vomiting is your body’s way of expelling toxins, such as the ethanol and acetaldehyde in alcohol.

“If you find yourself drinking more and longer than you intended, imbibing at the expense of other activities you used to do or you’re unable to quit. These are harbingers of a future problem,” Dr. Leath says.

Within 10 minutes of imbibing, alcohol alters your perception. The more you imbibe, the higher your blood alcohol concentration (BAC). That raises your risk of impairment – while lowering your inhibitions.

And once alcohol wears off, if your heart races and you become sweaty or shaky, be concerned.

Address a loved one’s issues carefully. “You can’t lecture,” Dr. Leath says. “Instead you can say or write in a letter, ‘When you drink, this is how it makes me feel.”

But as he notes, other lifestyle choices are far more effective and less expensive. “You’re better off exercising, eating well and watching your cholesterol.”

Sitting Is The New Smoking: 5 Not-So-Innocent Habits You Need To Break